A few months ago, I took a trip down to Florida. I happen to know people who work for both Disney and Universal and, as a result, ended up getting to experience the parks for free. Prior to my visit to Disney, however, my future benefactor for that day who worked for the company had been injured during a performance. Because of the injury to his leg, his ability to walk around the park and stand in the long lines was understandably compromised. However, Disney happened to have a policy that sends disabled people – along with their parties – to the front of the line in recognition of that issue. While the leg injury was no doubt a cost to the person who let me get into the park, it ended up being a bonus for our visit. Rather than needing to wait  on lines for upwards of two hours, we were able to basically stroll to the front of every ride we wanted, and saw most of the park’s attractions in no time at all. Overall, having a disabled person made the experience all the better, minus pushing around the unwieldy wheelchair, that is. A recent article on the NY post pointed out that such a policy is, apparently, open to exploitation: some wealthy individuals are “renting” the services of disabled people who act as “tour guides” for families at Disney. For a respectable $130 an hour, disabled individuals will join families to help them cut to the front of the lines. 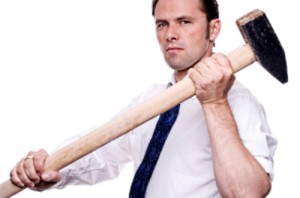 This article has garnered a significant amount of attention, but something about the reactions to it seem a bit strange. The reactions take one of three basic forms: (1) “I wish I had thought of that”, (2) “I don’t see the big deal”, and (3) “The rich people are morally condemnable for doing this”. Those reactions themselves, however, are not the strange part. The first response appears to be an acknowledgement that people would want to gain the benefits of skipping the long lines at Disney by exploiting some loophole in the rules. I found the experience of avoiding the long lines to be rather refreshing, and I imagine the majority of people would prefer not having to wait to having to wait. Cheating pays off, and when people can be cheaters safely, many seem to prefer it. The second typically response acknowledges that the disabled “tour guides” are making a nice amount of money in exchange for their services, with both the rich buyers and disabled sellers ending up better off than they were before. The rich people save some money on buying VIP passes that allow for a similar type of line-skipping ability, get to skip the lines more efficiently, and the disabled people are much better off at the end of the day after being paid over a $1000 to go to Disney.

However, not everyone is better off from that trade: those who now have to wait in line several extra seconds per disabled party would be worse off. Understandably, many people experience moral outrage at the thought of the rich line-jumper’s rule exploitation. The curious part is the moral outrage I did not see much of: outrage directed at the disabled people similarly exploiting the system for their own benefit. It would seem the disabled people selling their services are fully aware of what they’re doing and are engaging in the exploitative behavior intentionally, so why is there not much (if any) moral anger directed their way? By way of analogy, let’s say I wanted to kill someone, but I didn’t want to take the risks of being the one who pulled the trigger myself. So, instead of killing the person, I hired a contract killer to do the job instead. In the event the plot was uncovered, not only would the killer go to jail, but I would likely share their fate as well on a charge of conspiracy (as the vocalist for As I Lay Dying is all too familiar with at the moment). As I’ve discussed before, moral judgments are by no means restricted to the person who committed an act themselves; friends or allies may also suffer as a result of their mere perceived association. Assisting someone in committing a crime is often times considering morally blameworthy, so why not here?

This raises the question as to why we see these patterns of inconsistent condemnation. Solving that problem requires both an identification of one or more factors that differ in the cases of contract-killer-like cases and disabled-Disney cases, and an explanation as to why that difference is relevant. One possible difference could be the income disparity between the parties. There seems to be a fair share of anger leveled at the richer among us, sometimes giving the impression that the distaste for the rich can be built on the basis of their wealth alone. To the extent that the disabled individuals are perceived to be poor or in need of the money, this might soften any condemnation they would face. This factor is unlikely to get us all the way to where we want to go on its own, though: I don’t think people would be terribly forgiving of a contract killer who just happened to be poor and was only killing because they really needed (or really wanted) the money. Further, there’s no evidence presented in the coverage of the article to suggest that the disabled people serving as tour guides were distinctly poor. 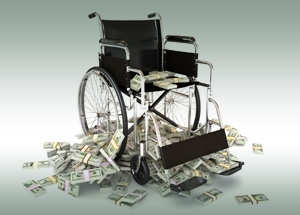 Especially when they can make more in a day than I do in two weeks.

Wealth, in the form of money, however, only serves a proxy measure of some other characteristic that people might wish to assess: that characteristic is likely to be the perception of need. Why might people care about the neediness of others? All else being equal, people who are perceived as being in need might make more valuable social investments than people whose needs appear relatively satiated. For instance, someone who hasn’t eaten in a day will value the same amount of food more than someone who just finished a large meal and, accordingly, the hungry individual may well be more grateful to the person who provides them with a meal; the meal has a higher marginal value to the hungry individual, so the investment value of it is likely higher as well. So, in this case, disabled individuals may be viewed as more needy than the rich, making them the more valuable potential social investment than the other. While this explanation has a certain degree of plausibility to it, there are some complicating factors. One of those issues is that one needs to not only be grateful for the help, but also capable of returning the favor at a later time in order for the investment to pay off. Though disabled people might be viewed as particularly needy, my intuition is that they’re also viewed as being less likely to be able to reciprocate the assistance for the same reasons. Similarly, while the rich people may be judged as less needy, they’d also be viewed as more likely to be able to return on an investment given. The extent to which the need and ability issues tradeoff with each other and affect the judgments, I can’t definitively say.

Another possible difference between contract killers and disabled guides concerns the nature of the rules involved themselves. Perhaps since killing for money is generally frowned upon morally, but cutting the line if you’re disabled isn’t, people don’t register the disabled person as breaking a moral rule; only the rich one. Again, this explanation might hold some degree of plausibility, but only get us so far. After all, the disabled people are most certainly willing accomplices in assisting the rich break the moral rule. Without the help of the disabled, the rich individuals would be unable to exploit Disney’s policy and bypass the lines. Further still, Disney’s policy does allow for the disabled individuals to bring up to six guests with them. No part of the rule seems to say that those guests need to be family members, or even people the disabled individual likes; just up to six guests. While such an act may feel like it is breaking some part of the rule, it’s difficult to say precisely what part is being broken. Was I breaking the rule when my friend took me to Disney with him and we skipped the lines because he was injured? How do those cases differ? In any case, while this rule-based explanation might explain why people are more morally upset with the rich people than the disabled people, it would not explain why people, by in large, don’t seem upset with the disabled tour guides to any real extent. One could well be more upset with the people who hire killers than than contract killer themselves, but still morally condemn both parties substantially.

There is also the matter to consider as to how to deal with the issue if one wishes to condemn it. If one thinks the rule allowing disabled people being able to skip to the front of the line in the first place should be done away with, it would certainly stem the issue of the rich hiring the disabled, but it would also come at a cost to the disabled people who aren’t giving the tours. One might wish to keep the rule helping the disabled people out around, but stop the rich people from exploiting it, however. If some method could successfully exclude the rich people from hiring the disabled, one also needs to realize that it would come at a distinct cost the disabled tour guides as well: now, instead of having the option to earn a fantastic salary for a cushy job, that possibility will be foreclosed on. Rich tourists would instead have to spend more money on the inferior VIP tours offered by Disney, allowing them to still cut the line but without also directing the money towards the disabled. Since the policy at Disney seemed to have been put in place to benefit the disabled in the first place, combating the issue seems like something of a double-edged sword for them. 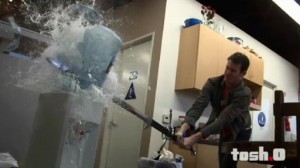 Incidentally, double-edged swords are also a leading cause of disability.

The tour guide issue, in some important ways, seems to parallel the moral rules surrounding sex: one is free to give away to sex to whomever one wants, but one is often morally condemned for selling it. Similarly, disabled people can go to the parks with whomever they want and get them to the front of the line (even if those friends or family members are exploiting them for that benefit), but if they go to the parks with someone buying their services, it then becomes morally unacceptable. I find that very interesting. Unfortunately, I don’t have more than speculations as to this curious pattern of moral condemnation at the current time. What one can say about the judgments and their justifications is that, at the least, they tend towards being relatively inconsistent. This ought to be expected on the basis of morality being deployed strategically to achieve useful outcomes, rather than consistently to achieve impartially. Thinking about the possible functions of moral judgments – that is, what useful outcomes they might be designed to bring about – can help us begin to think about what factors the cognitive mechanisms that generate them are using as inputs. It can also help us figure out why it’s morally unacceptable to sell some things that it’s acceptable to give away.