For those of you lucky enough to not have encountered it, there is a concept known as privilege that floats around in predominately feminist-leaning groups. The basic idea of the concept of privilege is that some groups of people have unearned social status or economic benefits provided to them strictly on the basis of their group membership. White people are supposed to be privileged over non-whites; men are supposed to be privileged over women; heterosexuals are supposed to be privileged over homosexuals. An official method for determining which groups are privileged over others appears to largely be absent, so the exercise tends to lean towards the infamous, “I know it when I see it” method of classification. That said, the unofficial method seems to be some combination of the Ecological and Apex fallacies. One curious facet of the idea of privilege is that it’s commonly used as a springboard for various types of moral condemnation. For instance, there are many who assert that sexism = power + prejudice, with power being equated with privilege. Accordingly, if you’re not privileged (i.e. not a male), you can’t be sexist. You can be discriminatory on the basis on sex if you’re a woman, but that is apparently something entirely different and worthy of a distinction (presumably because some people feel one ought to be more punishable than the other). 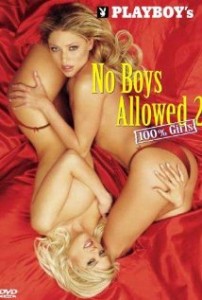 This sex-based discrimination was so accepted the first time they made a sequel.

Last Easter I discussed the curious case of morally punishing baseball batters for the misdeeds of baseball pitchers on the same team. Some similar underlying psychology seems to be at play in the case of privilege: people seem to perceive the moral culpability or welfare of all group members as being connected. In the case of privilege, if the top of the social hierarchy is predominantly male, males at the bottom of the hierarchy can be viewed as being similarly benefited, even if those men are obviously disadvantaged. In another case, white people might be viewed as being collectively complicit in harms done to non-whites, even if any contemporary white person clearly had no hand in the act, either directly or indirectly. For a final example, harms done to some specific women might be viewed as harms done to all women, with the suffering being co-opted by women who were never victimized by the act in question. Any plausible theory of morality that seeks to explain why people morally condemn others ought to be able to convincingly explain this idea of collective moral responsibility. Today I would like to examine what I consider to be the two major models for understanding moral judgments and see how they fare against a curious case of collective punishment: third-party punishment of genetic relatives of the perpetrator.

I’ll take those two matters in reverse order. A paper by Uhlmann et al (2012) sought to examine whether moral blameworthiness can spill over from the perpetrator to the blood relatives of the perpetrator, even if the perpetrator and their relative never knew one another. The first of the three studies in the paper looked at the misdeeds of someone’s grandfather in past generations. The 106 subjects read a story about Sal, whose grandfather owned a factory during the great depression and was exploitative of the workers. However, Sal received no direct benefit from this act (in that there was no inheritance left to him). Further, Sal’s grandfather was described as being either a biological relative or a non-biological one (only being related by marriage). Sal ended up winning the lottery and wanted to donate some of his winnings to a charity: either the descendants of some of the exploited workers (the purpose of which was to help them go to college) or a hungry children’s fund. Subjects were more likely to recommend that Sal donate money to the college fund of the exploited workers when his grandfather was a blood relative (M = 4.15) compared to when his grandfather was not (M = 5.28, where the scale was 1 to 9, with 1 representing donating to the college fund and a 9 representing donating to the hungry children). Obligations to try and right past wrongs appeared to transfer across generations to some extent.

The second study involved a case of a robbery/murder. A group of 191 subjects read a story about a man who killed a store clerk during a robbery. A video camera had managed to get a clear view of the perpetrator, but this was the only evidence to go on. Two possible perpetrators had been arrested for the crime on account of them looking identical to person in the video. Neither of these perpetrators knew the other, but in one case they were described as twins, whereas in the other they were described as not being related despite their similar appearance. The subjects were asked whether the two should be held in captivity while the police looked for more evidence or whether they should be let go until the matter was resolved (on a scale of 1 to 7, with 1 representing held in custody and 7 representing being let go until more evidence came in). The results showed that subjects were more willing to hold both in custody when they were twins (M = 3.03) relative to when they were not (M = 4.21). On top of transferring obligations, then, people also seemed somewhat willing to inflict costs on innocent relatives of a perpetrator. 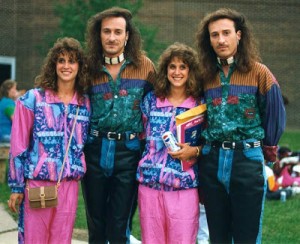 Better kill them all, just to be on the safe-side

Of course, it’s not enough to just point out that moral judgments seem to have the capacity to be collective; one also needs to explain why this is the case. Collective punishment would seem to require that moral judgments make use of an actor’s identity, rather than an actor’s actions. Such an outcome appears to run directly counter to what is known as the dynamic coordination model (DeScioli & Kurzban, 2013). In the dynamic coordination model, third-party moral condemners choose sides in a moral debate on the basis of an individual’s actions as a means to avoid discoordination with other condemners (simply put, you want to be on the side that most other people are, so people opt to use an individual’s actions to judge which side to take. In much the same way, drivers want to avoid hitting other cars, so they decide when to stop and go on the basis of a traffic light). In the case of collective punishment, however, there is no potentially condemnable action on the part of the person being punished. The dynamic coordination model would have to require the mere act of being associated in any way with a perpetrator to be morally condemnable as well for this kind of punishment to make sense. While there might be laws against certain acts – like killing and stealing – being related to someone who committed a crime is typically not against the law (at least not the best of my knowledge. I’ll check with my legal team and get back to you about that).

While the dynamic coordination model would seem to have a good deal of trouble accounting for collective moral judgments, an alliance model would not. As Ulhmann et al (2012) note, the threat of punishment for one’s social allies can serve as a powerful deterrent. This is a point I brought up previously when considering why reputations matter: if I were to harm anyone who associated with person X, regardless of whether the person I was harming actually did anything wrong themselves, any associations with person X naturally have become costlier. If people are disinclined to associate with person X, then person X is all the worse off for it and the punishment successfully reached its ultimate target. If social ties are cut, person X will find it increasing difficult to engage in many behaviors that might ultimately be detrimental to others. This raises a concern to be dealt with, though: in the Ulhmann et al (2012) stories, the kin of the perpetrator were not described as being social allies (just as white males are not all allies, despite them being lumped together in the same group by the privilege term). If they weren’t allies, how can an alliance model account for the collective punishment?

My answer to this concern would be as follows: existing social alliances might only be one proximate cue that moral systems use. The primary targets of collective punishment would seem to be those with whom the perpetrator is perceived to share welfare with, and not all welfare connections are going to be worth targeting, given the costs involved in punishment. My welfare is, all else being equal, more dependent on kin than non-kin. Accordingly, collective punishment directed at kin is likely to be even costlier for that perpetrator, making kin punishment particularly appealing for any moral condemners. This would leave us with the following prediction: the degree to which collective punishment is enacted ought to be mediated by the perception of the degree of shared welfare between the perpetrator and the person being punished. Kin should be punished more than non-kin; close allies should be punished more than distant ones; allies that offer substantial benefits to the perpetrator ought to be punished more than allies who offer more meager benefits. Further, this punishment presents the social allies of a perpetrator with new adaptive problems to solve, specifically: how do they trade-off distancing themselves enough from the perpetrator so as to avoid being condemned with the loss of benefits that such distancing can bring? 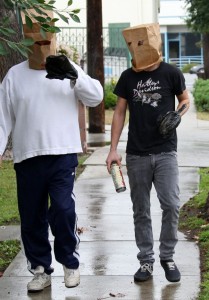 This brings me to one final question: are moral judgments ever impartial? My sense is that no, moral judgments are in fact never impartial. This point requires some clarification. The first point of clarification is that moral judgments can have the appearance of impartiality without actually being generated by mechanisms designed to bring that state of affairs about. In fact, we ought not expect any cognitive mechanisms to be designed to generate impartiality because impartiality per se – much like feeling good – doesn’t do anything useful. One useful outcome that being impartial might bring would be, as DeScioli & Kurzban (2013) suggest, being better able to coordinate with other third-party condemners. Of course, if the target behavior is being on the winning side of a dispute, then we ought to expect mechanisms designed to take sides contingent on which side already has a majority of the support. Those mechanisms, though, should rightly be considered partial, in that they are judging the identity of who is on whose side, rather than neutrally on the basis of who did what to whom. This should be expected, in that the latter is only important insomuch as it predicts the former; being impartial is only useful insomuch as it leads to one being partial.

Oh; I would also like to add that providing you with this analysis of collective punishment was my privilege.