“The greatest enemy of knowledge is not ignorance; it is the illusion of knowledge.” – Steven Hawking

Many researchers in the field of psychology don’t appear to understand that restating a finding is not the same as explaining that finding. For instance, if you found that men are more likely to gamble than women, a typical form of “explanation” of this finding would be to say that men have more of a “risk bias” than women, resulting in them gambling more. Clearly this explanation doesn’t add anything that stating the finding didn’t; all it manages to do is add a label to the finding. Now some psychologists might understand this shortcoming and take the next step: they might say something along the lines of men perceive gambling to be more fun or more likely to payoff than women do. While that might well be true, it still falls short of an complete explanation. Instead, it would merely push the explanation stage back a step to a question about why men might perceive gambling differently than women do. If the researchers understand this further shortcoming and take the next step, they’ll reference some cause of that feeling. If we’re lucky, that cause will be non-circular and amount to more than the phrase “culture did it”. 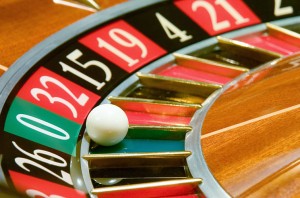 The smart money is on betting against that outcome, though…

A good explanation needs to focus on some outcome of a behavior; some plausible function of that outcome that can account for the emotion or feeling itself. This is notably easier in some cases than others: hunger motivates people to seek out and consume food avoiding starvation; fear motivates people to escape from or avoid threatening situations, avoiding danger; guilt motivates people to make amends and repair relationships towards wronged parties, avoiding condemnation and punishment while reaping the benefits of social interaction. Recently, I found myself posing that functional question about a feeling that is not often discussed: understanding. Teasing out the function of understanding is by no means a straightforward task. Before undertaking the task, however, I need to make a key distinction concerning precisely what I mean by “understanding”. After all, if wikipedia has a hard time defining the term, I can’t just assume that we’ll all be the on the same page despite using the same word. 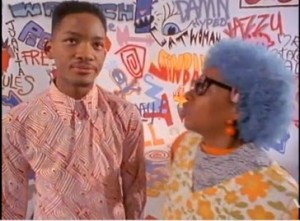 Given that people often do not ever seem to reach complete understanding per se, why should we ever expect people to stop trying to improve? Part of that reason is that there’s a tradeoff between investing time in one aspect of your life versus investing it in any other. Time spent learning more about one skill is not time not spent doing other potentially-useful things. Further still, were you to plot a learning curve, charting how much new knowledge is gained per-unit of time invested in learning, you’d likely see diminishing returns over time. Let’s say you were trying to learn how to play a song on some musical instrument. The first hour you spend practicing will result in you gaining more information than, say, the thirtieth hour. At some point in your practicing, you’ll reach a point where the value-added by each additional hour simply isn’t worth the investment anymore. It is at this point, when some cognitive balance shifts away from investing time on learning one task to doing other things, that we should predict people to reach a strong feeling of understanding. Just as hunger wanes with each additional bite of food, feelings of understanding should grow with each additional piece of information. 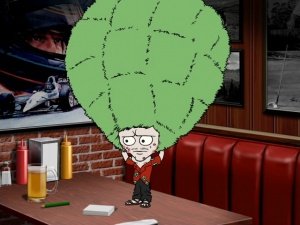 Also like hunger, some people tend a touch more towards the gluttonous side.

This brings us to the final question: what can we predict about people’s behavior on the basis of their feelings of understanding? Aside from the above mentioned disinclination to learn about some specific topic further, we might also predict that repeated exposure to information we feel we already understand would be downright aversive (again, in much the same way that eating food after you feel full is painful). We might, for instance, expect people to react with boredom and diverted attention in classes that cover material too slowly. We might also expect people to react with anger when someone tries to explain something to them that they feel they already understand. In fact, there is a word for what people consider that latter act: condescending. Not only does condescension waste an individual’s time with redundant information, it could also serve as an implicit or explicit challenge to their social status via a challenge to their understanding per se (i.e. “You think you understand this topic, but you really don’t. Let me say it explain it to you again…nice…and…slowly…). While this list is quite modest, I feel it represents a good starting point for understanding understanding. Of course, since I feel that way, there’s a good chance I’ll probably stop looking for other starting points, so I may never know.