Since Easter has rolled around, let’s get in the season and consider very briefly part of the story of Jesus. The Sparknotes version of the story involves God symbolically sacrificing his son in order to in some way redeem mankind. There’s something very peculiar about that line of reasoning, though: the idea that punishing someone for a different person’s misdeed is acceptable. If Bill is driving his car and strikes a pedestrian in a crosswalk, I imagine many of us would find it very odd, if not morally repugnant, to then go an punish Kyle for what happened. Not only did Kyle not directly cause the act to take place, but Kyle didn’t even intend for the action to take place – two of the criteria typically used to assess blame – so it makes little sense to punish him. As it turns out though, people who might very well disagree with punishing Kyle in the previous example can still quite willing to accept that kind of outcome in other contexts. 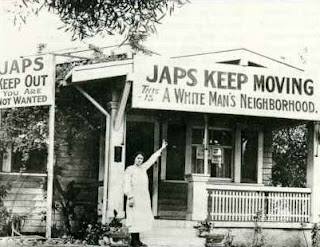 Turns out that the bombing of Pearl Harbor during World War II was one of those contexts.

If Wikipedia is to be believed, following the bombing of Pearl Harbor, a large number of people of Japanese ancestry – most of which were American citizens – were moved into internment camps. This move was prompted by fears of further possible Japanese attacks on the United States amidst concerns about the loyalty of the Japanese immigrants, who might act in some way against the US with their native country. The Japanese, due to their perceived group membership, were punished because of acts perpetrated by others viewed as sharing that same group membership, not because they had done anything themselves, just that they might do something. Some years down the road, the US government issued an apology on behalf of those who committed the act, likely due to some collective sense of guilt about the whole thing. Not only did guilt get spread to the Japanese immigrants because of the actions of other Japanese people, but the blame for the measures taken against the Japanese immigrants was also shared by those who did not enact it because of their association.

Another somewhat similar example concerns the US government’s response following the attacks of September 11th, 2001. All the men directly responsible for the hijackings were dead, and as such, beyond further punishment. However, their supporters – the larger group to which they belonged – was very much still alive, and it was on that group that military descended (among others). Punishment of group members in this case is known as Accomplice Punishment: where members of a group are seen as contributing to the initial transgression in some way; what is known typically as conspiracy. In this case, people view those being punished as morally responsible for the act in question, so this type of punishment isn’t quite analogous to the initial example of Bill and Kyle. Might there be an example that strips the moral responsibility of the person being punished out of the equation? Why yes, it’s turn out there is at least one: baseball.

In baseball, a batter will occasionally be hit by a ball thrown by a pitcher (known as getting beaned). Sometimes these hits are accidental, sometimes they’re intentional. Regardless, these hits can sometimes cause serious injury, which isn’t shocking considering the speed at which the pitches are thrown, so they’re nothing to take lightly. Cushman, Durwin, and Lively (2012) noted that sometimes a pitcher from one team will intentionally bean a player on the opposing team in response to a previous beaning. For instance, if the Yankees are playing the Red Sox, and a Red Sox pitcher hits a Yankee batter, the Yankee pitcher would subsequently hit a Red Sox batter. The researchers sought to examine the moral intuitions of baseball fans concerning these kinds of revenge beanings. 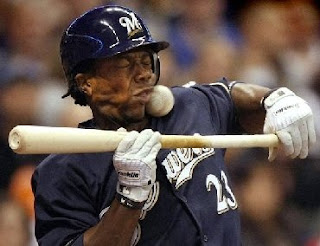 Serves someone else right!

The first question Cushman et al. asked was whether the fans found this practice to be morally acceptable. One-hundred forty five fans outside of Fenway Park and Yankee Stadium were presented with a story in which the the pitcher for the Cardinals intentionally hit a player for the Cubs, causing serious injury. In response, the pitcher from the Cubs hits a batter from the Cardinals. Fans were asked to rate the moral acceptability of the second pitcher’s actions on a scale from 1 to 7. Those who rated the revenge beaning of an innocent player as at least somewhat morally acceptable accounted for 44% of the sample; 51% found it unacceptable, with 5% being unsure. In other words, about half of the sample saw punishing an innocent player by proxy as acceptable, simply because he was on the same team.

But was the batter hit by the revenge bean actually viewed as innocent? To address this question, Cushman et al. asked a separate sample of 131 fans from online baseball forums whether or not they viewed the batter who was hit second as being morally responsible for the actions of the pitcher form their team. The answers here were quite interesting. First off, they were more in favor of revenge beanings, with 61% of the sample indicating the practice was at least somewhat acceptable. The next finding was that roughly 80% of the people surveyed agreed that, yes, the batter being hit was not morally responsible. This was followed by an agreement that it was, in fact, OK to hit that innocent victim because he happened to belong to the same team.

The final finding from this sample was also enlightening. The order in which people were asked about moral responsibility and endorsement of revenge beaning was randomized, so in some cases people were asked whether punishment was OK first, followed by whether the batter was responsible, and in other cases that order was reversed. When people endorsed vicarious punishment first, they subsequently rated the batter as having more moral responsibility; when rating the moral responsibility first, there was no correlation between moral responsibility and punishment endorsement. What makes this finding so interesting is that it suggests people were making rationalizations for why someone should be punished after they had already decided to punish; not before. They had already decided to punish; now they were looking to justify why they had made that decision. This in turn actually made the batter appear to seem more morally responsible.

“See? Now that he has those handcuffs on his rock-solid alibi is looking weaker already.”

This finding ties in nicely with a previous point I’ve made about how notions of who’s a victim and who’s a perpetrator are fuzzy concepts. Indeed, Cushman et al. present another result along those same lines: when it’s actually their team doing the revenge beaning, people view the act as more morally acceptable. When the home team was being targeted for revenge beaning, 43% of participants said the beaning was acceptable; when it was the home team actually enacting the revenge, 67% of the subjects now said it was acceptable behavior. Having someone on your side of things get hurt appears to make people feel more justified in punishing someone, whether that someone is guilty or not. Simply being associated with the guilty party in name is enough.

Granted, when people have the option to enact punishment on the actual guilty party, they tend to prefer that. In the National League, pitchers also come up to bat, so the option of direct punishment exists in those cases. When the initial offending pitcher was beaned in the story, 70% of participants found the direct form of revenge morally acceptable. However, if direct punishment is not an option, vicarious punishment of a group member seemed to still be a fairly appealing option. Further, this vicarious punishment should be directed towards the offending team, and not an unrelated team. For example, if a Cubs pitcher hits a Yankee batter, only about 20% of participants would say it’s then OK for a Yankee pitcher to hit a Red Sox batter the following night. I suppose you could say the silver-lining here is that people tend to favor saner punishment when it’s an option.

Whether or not people are adapted to punish others vicariously, and, if so, in what contexts is such behavior adaptive and why, is a question left untouched by this paper. I could imagine certain contexts where aggressing against the family or allies of one who aggressed against you could be beneficial, but it would depend on a good deal of contingent factors. For instance, by punishing family members of someone who wronged you, you are still inflicting reproductive costs on the offending party, and by punishing the initial offenders allies, you make siding with and investing in said offender costlier. While the punishment might reach its intended target indirectly, it still reaches them. That said, there would be definite risks of strengthening alliances against you – as you are hurting others, which tends to piss people off – as well as possibly calling retaliation down on your own family and allies. Unfortunately, the results of this study are not broken by gender, so there’s no way to tell if men or women differ or not in their endorsement of vicarious punishment. It seems these speculations will need to remain, well, speculative for now.