Let’s say you’re an intellectual type, like I am. As an intellectual type, you’d probably enjoy spending a good deal of time researching questions of limited scope and even more limited importance. There’s a high probably that your work will be largely ignored, flawed in some major way, or your results interpreted incorrectly by yourself or others. While you may not be the under-appreciated genius that you think you are, you may still be lucky enough to have been paid to do your poor work. Speaking of poor work that someone is getting paid for, here’s a recent piece by Stanton Peele, over at Psychology Today. 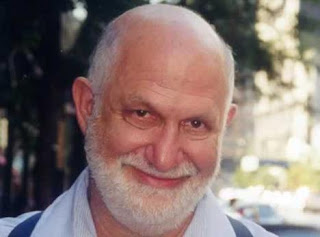 I’m fairly certain he wrote his dissertation about his own smug sense of self-satisfaction.

The article itself is your fairly standard piece of moral outrage about how rich and/or powerful people are cheaters who should not be trusted. According to Stanton, research suggests that people who perceive themselves to be high in power are likely to be “deficient in empathy”. This claim strikes me as a little fishy, especially coming from someone who feels so self-important that he links to other pieces he’s written on five separate occasions in an article no longer than a few sentences. Such a display of ego suggests that Stanton thinks he’s particularly high in power, and thus calls into question his empathy and honesty. It also suggests to me he’s a sock-sniffer.

The title of his piece, “Cheaters Always Win – The Paradox of Getting Ahead in America”, along with Stanton’s idea that powerful people are “deficient in empathy” both work well to display the bias in his thinking. In the case of his title, there’s only a paradox if one assumes that people who cheat would not win. We might not like when someone wins because they aren’t playing by the rules, but I don’t see any reason to think a (successful) cheater wouldn’t win; they cheat because it tends to put them at an advantage. In the case of his empathy suggestion, Stanton seems to assume there is some level of empathy people high in power lack that they should otherwise have. However, one could just as easily phrase the suggestion in an opposite fashion: people low in power have too much empathy. How that correlation gets framed says more, I feel, about the preconceptions of the person making it, than the correlation itself.

Though that brings us to the matter of whether or not that claim is true. Are powerful people universally deficient in empathy in some major way? (Across-the-board, as Peele puts it) According to one of the papers Peele mentions, people who rate themselves high in their sense of power were less compassionate and experienced less distress when listening to a highly distressed speaker, relative to those who ranked themselves low in power (van Kleef et al, 2008). See? The powerful people really are “turning a blind eye to the suffering of others” (which is, in fact, the subtitle of the paper). 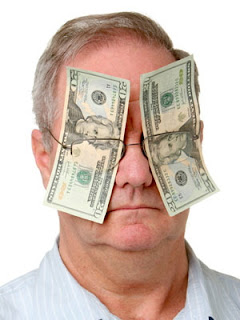 The next model will also cover the ears in order to block out the sounds from all the people begging for their lives.

It would seem that van Kleef et al (2008) share Peele’s affection for hyperbole. The difference they found in self-reports of compassion and empathic distress between those highest and lowest in power was about a 0.65 on a scale of 1 to 7, or about 9%. We’re not talking about some radical difference in kind, just one of mild degree. However, that difference only existed in the condition where the speaker was highly distressed; when the speaker was low in distress, the effect was reversed, with the higher power subjects reporting more compassion and distress to the speaker’s story, to the tune of about 0.5 on the same scale. What conclusion one wants to draw from that study about the compassion and distress of high and low power individuals depends on which part of the data one is looking at. If you’re looking at a highly distressed speaker, those who feel higher in power are less compassionate and empathic; if you’re looking at a speaker lower in distress, those who feel they have more about are more compassionate and empathic. That would imply Peele is either giving the data a selective reading, or he never even bothered to read it.

A second paper Peele mentions, by Piff et al (2012), found that self-reported social class was correlated with cheating behavior; the higher one was in social class, the more likely they were to cheat or otherwise behave like a asshole across a few different scenarios. However, this effect of class disappeared when the researchers controlled for attitudes towards greed. As it turns out, people who think greed is just dandy tend to cheat a bit more, whether they’re low or high status. Further, asking those low in social status to write about three benefits of greed also eliminated this effect; those from lower social classes now behaving identically to those in the upper social class. It’s almost as if these low status individuals experienced sudden onset empathy-deficiency syndrome.

I’m skimming over most of the details of these papers because there’s another, more pressing, matter I’d like to deal with. These papers that Peele uses are notably devoid of anything that could be considered a theory. They present a series of findings, but no framework to understand them in: Why might people who have some degree of social power be more or less prone to doing something? What cost and benefits accompany these actions for each party and how might they change? Are the actions of those in the upper and lower classes deployed strategically? How might these strategies change as context does? This sounds like just the kind of research that could really be guided and assisted by embracing an evolutionary perspective. 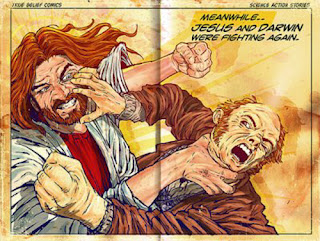 Sadly, some people don’t take too kindly to our theoretical framework.

Unfortunately, because Peele is stupid, he has some harsh criticisms of genetic determinism that he directs at evolutionary psychologists:

“They also seem inconsistent with evolutionary psychologists who have been arguing lately (following “The Selfish Gene“) that altruism is a species-inherited genetic destiny [emphasis, mine].…So, which is it? Do humans progress by being kinder to others and understanding the plights of the downtrodden, or do they do better to ignore these depressing stories?  Do societies advance by displaying empathy towards others outside of their borders and with different customs from their own?“

Such questions are about on the level of asking whether people are better off eating every waking moment or never eating again, followed by a self-congratulatory high-five. There are trade-offs to be made, and people aren’t always going to be better served by doing one, and only one, thing at all times. This should not be a difficult point to understand, but, on the other hand, understanding things is clearly not Peele’s strong suit; sock-sniffing is. I don’t mind if, as he finishes writing his ramblings, Peele leans in to get a good whiff of his own odor after a long day battling positions held by legions of imaginary evolutionary psychologists. I just don’t understand why Psychology Today feels the need to give his nonsense a platform.