In two recent posts, I have referenced a relatively-average psychologist (again, this psychologist need not bear any resemblance to any particular person, living or dead). I found this relatively-average psychologist to be severely handicapped in their ability to think about psychology – human and non-human psychology alike – because they lacked a theoretical framework for doing so. What this psychologist knows about one topic, such as self-esteem, doesn’t help this psychologist think about any other topic which is not self-esteem, by in large. Even if this psychologist managed to be an expert on the voluminous literature on the subject, it would probably not tell them much about, say,  learning, or sexual behavior (save the few times where those topics directly overlapped as measured or correlated variables). The problem became magnified when topics shifted outside of humans into other species. Accordingly, I find the idea of teaching students about an evolutionary framework to be more important than teaching them about any particular topic within psychology. Today, I want to consider a paper from one of my favorite side-interests: Darwinian Medicine – the application of evolutionary theory to understanding diseases. I feel this paper will serve as a fine example for driving the point home. 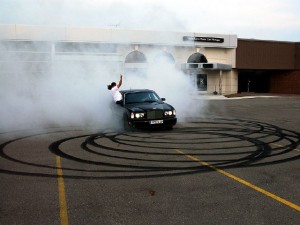 As opposed to continuing to drive with psychology as it usually does.

The paper, by Smallegange et al (2013), was examining malarial transmission between humans and mosquitoes. Malaria is a vector-borne parasite, meaning that it travels from host to host by means of an intermediate source. The source by which the disease is spread is known as a vector, and in this case, that vector is mosquito bites. Humans are infected with malaria by mosquitoes and the malaria reproduces in its human host. That host is subsequently bitten by other mosquitoes who transmit some of the new parasites to future hosts. One nasty side-effect of vector-borne diseases is that they don’t require the hosts to be mobile to spread. In the case of other parasites like, say, HIV, the host needs to be active in order to spread the disease to others, so the parasites have a vested interest in not killing or debilitating their hosts too rapidly. On the other hand, if the disease is spread through mosquito bites, the host doesn’t need to be moving to spread it. In fact, it might even be better – from the point of view of the parasite – if the host was relatively disabled; it’s harder to defend against mosquitoes if one is unable to swat them away. Accordingly, malaria (along with other vector-borne diseases) ends up being a rather nasty killer.

Since malaria is transmitted from human to human by way of mosquito bites, it would stand to reason that the malaria parasites would prefer, so to speak, that mosquitoes preferentially target humans as food sources: more bites equals more chances to spread. The problem, from the malaria’s perspective, is that mosquitoes might not be as inclined to preferentially feed from humans as the malaria would. So, if the malaria parasite could alter the mosquitoes behavior in some way, so as to assist in its spread by making the mosquitoes preferentially target humans, this would be highly adaptive from the malaria’s point of view. In order to test whether the malaria parasites did so, Smallegange et al (2013) collected some human odor samples using a nylon matrix. This matrix, along with a control matrix, were presented to caged mosquitoes and the researchers measured how frequently the mosquitoes – either infected with malaria or not – landed on each. The results showed that mosquitoes, whether infected or uninfected, didn’t seem particularly interested in the control matrix. When it came to the human odor matrix, however, the mosquitoes infected with malaria were substantially more likely to land on it and attempt to probe it than the non-infected ones (the human odor matrix received about four times the attention from infected mosquitoes that it did from the uninfected).

While this result is pretty neat, what can it tell us about the field of psychology? For starters, in order to alter mosquito behavior, the malaria parasite would need to do so via some aspect of the mosquitoes’ psychology. One could imagine a mosquito infected with malaria suddenly feeling overcome with the urge to have human for dinner (if it is proper to talk about mosquitoes having similar experiences, that is) without having the faintest idea why. A mosquito psychologist, unaware of the infection-behavior link, might posit that preferences for food sources naturally vary along a continuum in mosquitoes, and there’s nothing particularly strange about mosquitoes that seem to favor humans excessively; it’s just part of normal mosquito variation. (the parallels to human sexual orientation seem to be apparent, in some respects). This mosquito psychologist might also suggest that there was something present in mosquito culture that made some mosquitoes more likely to seek out humans. Maybe the mosquitoes that prefer humans were insecurely attached to their mother. Maybe they have particularly high self-esteem. That we know such explanations are likely wrong – it seems to be the malaria driving the behavior here – without reference to evolutionary theory and an understanding of pathogen-host relationships, our mosquito psychologists would be at a loss, relatively, to understand what’s going on. 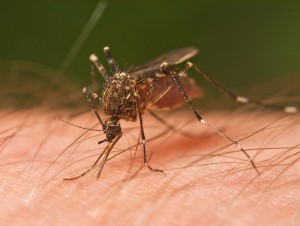 Perhaps mosquitoes are just deficient in empathy towards human hosts and should go vegan.

What this example boils down to (for my purposes here, anyway) is that thinking about the function(s) of behavior – and of psychology by extension – helps us understand it immensely. Imagine mosquito psychologists who insisted on not “limiting themselves” to evolutionary theory for understanding what they’re studying. They might have a hard time understanding food preferences and aversions (like, say, pregnancy-related ones) in general, much less the variations of it. The same would seem probable to hold for sexual behavior and preferences. Mosquito doctors who failed to try and understand function might occasionally (or frequently) try to “treat” natural bodily defense mechanisms against infections and toxins (like, say, reducing fever or pregnancy sickness, respectively) and end up causing harm to their patients inadvertently. Mosquito-human-preference advocates might suggest that the malaria hypothesis purporting to explain their behavior to be insulting, morally offensive, and not worthy of consideration. After all, if it were true, preferences might be alterable by treating some infection, resulting in a loss of some part of their rich and varied culture.

If, however, doctors and psychologists were trained to think about evolved functions from day one, some of these issues might be avoidable. Someone versed in evolutionary theory could understand the relevance between findings in the two fields quickly. The doctors would be able to consider findings from psychology and psychologists from doctors because they were both working within the same conceptual framework; playing by the same rules. On top of that, the psychologists would be better able to communicate with each other, picking out possible errors or strengths in each others’ research projects, as well as making additions, without having to be experts in the fields first (though it certainly wouldn’t hurt). A perspective that not only offers satisfactory explanations within a discipline, between disciplines, and ties them all together, is far more valuable than any set of findings within those fields. It’s more interesting too, especially when considered against the islands-of-findings model that currently seems to predominate in the teaching of psychology. At this point, I feel those who would make a case for not starting with evolutionary theory ought to be burdened by, well, making that case and making it forcefully. That we currently don’t start teaching psychology with evolution is, in my mind, no argument to continue not doing so.