Imagine for a moment that you’re in the market for a new car. While your old car runs fine, you’ve decided you want an upgrade to a newer, fancier model. As new cars are expensive – and because you won’t have much need for the old one anymore – you decide that you want to sell your old car to someone else to raise some of the capital for the new one. This seems like a mutually-beneficial exchange for both you and the buyer. Now if I were to tell you that selling your car is morally repugnant and that you should be legally forbidden from making that sale, you might think me a little strange. You might think it even stranger if I said that I would not object (or at least not as strongly) to you giving your old car away for free. It would seem to make little sense, at least in the abstract, that you’re allowed to give something away that you’re not allowed to sell. A number of goods and services follow this logic for many people in reality, though: namely sex and bodily organs. There are those who feel that people should not be allowed to legally sell sex or kidneys, but don’t prohibit these things from being given away for free if a donor is feeling generous. How are we to understand these interesting – and seemingly contradictory – positions? 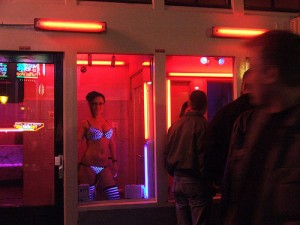 Only with lots of in-depth research, one can hope…

Let’s start by considering some cool new data from Elias et al (2015). The researchers collected data from over 3,400 Americans on Mturk split between a control and treatment group. In the control sample, about 1,600 of these participants were just asked about their attitudes concerning the acceptability of organ sales, with roughly 52% of them rating the idea of regulated monetary compensation for bodily organs to be acceptable (as far as I can tell, this wasn’t about a free market for organs, but some government type of program). In the treatment group, the participants were first provided with a short, 500-word essay outlining the current organ shortages faced by people in need of transplants, the consequences of such shortages, and a few proposals that had been put forth to try and alleviate some of those costs. In the face of this information, views about monetary compensation for organs rose dramatically, with 72% of participants in the treatment group rating the proposal as acceptable; an approximate gain of 20%. Moreover, these effects were relatively homogeneous with respect to various features of the respondents, such as, I think, their gender and religious affiliation.

Elias et al (2015) also used this same design to examine attitudes about prostitution. In a second study with another 1,600 US Mturkers, a control group was asked about the acceptability of legalized prostitution while a treatment group received information about how legalized prostitution reduced costly outcomes like sexual violence and sexually transmitted diseases. In the control group, prostitution hung around a 67.3% acceptability rating; in the treatment group, this rating was 67.4%. While one might interpret those figures at representing pretty much zero change in acceptability given this information, one would be wrong. The reason this interpretation is incorrect is because, unlike the organ case, the effects of this information were not homogeneous with respect to some participant characteristics. For instance, among men, 78% of the control group supported prostitution while 96% in the treatment group did. How very progressive of them. So why was there no difference between the groups in average acceptability rating? Well, because the women had a much different view: 56% of the women in the control supported prostitution whereas this figure dropped to 41% in the treatment group. A similar effect was seen for the religious and non-religious, with the welfare information making the non-religious more accepting (81% to 94%) and the religious less so (57% to 47%).

One point to take from these results is that welfare concerns do indeed seem to serve as inputs for moral mechanisms. While this point might seem trivial to some, it has been claimed that welfare concerns are used a post-hoc justifications for moral judgments, rather than driving factors. A second point is that the manner in which those welfare consequences matter depends on the individual receiving them: those who are in need of organs represent, for lack of a better word, a “useful” victim; someone who is otherwise a good target of social investment and happens to be facing a temporary state of need (provided they don’t die, that is). On the other hand, prostitutes are less universally “useful” as a recipient of altruism: for men, prostitutes tend to reflect benefits, as they increase short-term mating opportunities; for women, prostitutes tend to reflect costs, decreasing the metaphorical market price of sex. A similar logic holds for religion, to the extent that religious membership tends to reflect member’s preferences for long-term mating strategies, which prostitution threatens. 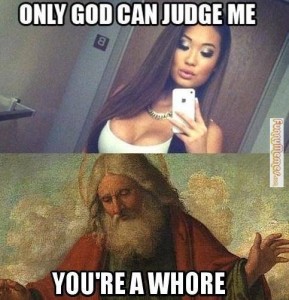 In terms ultimate moral functioning, then, these results appear consistent with an alliance-building function; the one I’ve been going on about for some time now. The short version of that hypothesis is that morality functions, in part, as a kind of ingratiation device, allowing us to identify social assets. It is worth contrasting that function with the hypothesis that our moral psychology is simply functioning to increase welfare more generally. These scenarios were presenting legalized prostitution and organ sales as increasing welfare for certain parties in both cases. However, certain individuals did not seem to want to see those welfare gains achieved for certain groups because the two have opposing best interests in mind. This is understandable in precisely the same way that I would not only want to avoid give the guy threatening me with a knife access to benefits he otherwise wouldn’t be able to achieve, but I would also want to have costs inflicted upon him to stop him from making my life harder. While the costs inflicted by prostitutes on long-term maters might be substantially less intentional and more indirect, they are costs nonetheless.

Finally, it’s also worth noting that the alliance hypothesis is consistent with other, older findings about selling organs as well. Tetlock (2000) reports that, when faced with the matter of whether selling organs should be legal, many people opposed to the idea cite welfare concerns: specifically, they appear concerned that poor people would be forced into donating organs for finical reasons and, conversely, that the rich would be the primary beneficiaries of such a policy. Why might these concerns get raised? I imagine that answer has something to do with the idea that organ markets will, essentially, inflict costs on already-needy groups people are hoping to provide benefits to (the poor), whereas the group receiving the benefits might not appear terribly needy (the rich). As the rich as seen as less needy than the poor, the former are likely assessed to be worse alliance potential, all else being equal. In fact, I would wager that people’s opinions about selling organs in an open market are probably correlated with their belief in whether the poor are responsible for their station in life, or whether they’re viewed as otherwise hard-working but unlucky. If people view the poor as having relatively stable need states (responsible for their current situation), other people would likely be less concerned with expending effort to help them, as such an investment would be unlikely to be returned (since their need today signals their need tomorrow as well). By contrast, the unlikely poor represent good social investments, and so might warrant some additional moral protection. 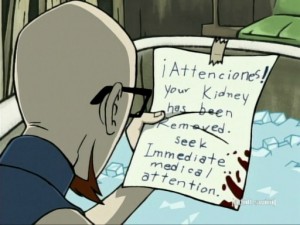 Well, that’s what you get for being irresponsible with your money

Findings like these highlight the considerable subtlety that research into the moral domain needs to take. In short, if you want to understand how people’s moral positions will change on the basis of some welfare-relevant information, you’ll likely be served by knowing where their stake in the matter at hand might reside: either directly or indirectly with regard to whether those involved in the dispute would make valuable social assets. Indeed, these findings are quite reminiscent of the Tucker Max case I wrote about some time ago, where a rather sizable donation ($500,000) was rejected by planned parenthood because some supporters of the organization perceived the source of the donation to be morally unacceptable (and, importantly, because the association was to be made publicly, rather than anonymously. If he didn’t want his name on the building, I suspect matters would have ended differently). In some cases, you can’t sell things that you can give away; in other cases, so long as the right conditions are met, people don’t even want you to be able to give those things away either.

One comment on “Where’s The Market For Organs (And Sex)?”