When trying to explain the evolutionary function of religious belief, there’s a popular story that goes something like this: individuals who believe in a deity that monitors our behavior and punishes or rewards us accordingly might be less likely transgress against others. In other words, religious beliefs function to makes people unusually cooperative. There are two big conceptual problems with such a suggestion: the first is that, to the extent that these rewards and punishments occur after death (heaven, hell, or some form of reincarnation as a “lower” animal, for instance), they would have no impact on reproductive fitness in the current world. With no impact on reproduction, no selection for such beliefs would be possible, even were they true. The second major problem is that in the event that such beliefs are false, they would not lead to better fitness outcomes. This is due to the simple fact that incorrect representations of our world do not generally tend to lead to better decisions and outcomes than accurate representations. For example, if you believe, incorrectly, that you can win a fight you actually cannot, you’re liable to suffer the costs of being beaten up; conversely, if you incorrectly believe you cannot win a fight you actually can, you might back down too soon and miss out on some resource. False beliefs don’t often help you make good decisions. 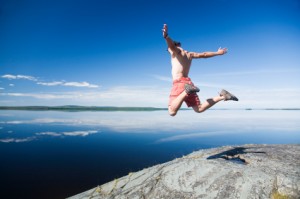 “I don’t care what you believe, R. Kelly; there’s no way this will end well”

So if one believes they being constantly observed by an agent that will punish them for behaving selfishly and that belief happens to be wrong, they will tend to make worse decisions, from a reproductive fitness standpoint, than an individual without such beliefs. On top of those conceptual problems, there is now an even larger problem for the religion-encouraging-cooperation idea: a massive data set doesn’t really support it. When I say massive, I do mean massive: the data set examined by Weeden & Kurzban (2013) comprised approximately 300,000 people from all across of the globe. Of interest from the data set were 14 questions relating to religious behavior (such as the belief in God and frequency of attendance at religious services), 13 questions relating to cooperative morals (like avoiding paying a fare on public transport and lying in one’s own interests), and 7 questions relating to sexual morals (such as the acceptability of causal sex or prostitution). The analysis concerned how well the latter two variable sets uniquely predicted the former one.

When considered in isolation in a regression analysis, the cooperative morals were slightly predictive of the variability in religious beliefs: the standardized beta values for the cooperative variables ranged from a low of 0.034 to a high of 0.104. So a one standard deviation increase in cooperative morals predicted, approximately, one-twentieth of a standard deviation increase in religious behave. On the other hand, the sexual morality questions did substantially better: the standardized betas there ranged from a low of 0.143 to a high of 0.38. Considering these variables in isolation only gives us so much of the picture, however, and the case got even bleaker for the cooperative variables once they were entered into the regression model at the same time as the sexual ones. While the betas on the sexual variables remained relatively unchanged (if anything, they got a little higher, ranging from 0.144 to 0.392) the betas on the cooperative variables dropped substantially, often into the negatives (ranging from -0.045 to 0.13). In non-statistical terms, this means that the more one endorsed more conservative sexual morals, the more religious one tended to be; the more one endorsed cooperative morals, the less religious one tended to be, though this latter tendency was very slight.

This evidence appears to directly contradict the cooperative account: religious beliefs don’t seem to result in more cooperative behaviors or moral stances (if anything, it results slightly fewer of them once you take sex into account). Rather than dealing with loving their neighbor, religious beliefs appeared to deal more with who and how their neighbor loved. This connection between religious beliefs and sexual morals, while consistently positive across all regions sampled, did vary in strength from place to place, being about four-times stronger in wealthy areas, compared to poorer ones. The reasons for this are not discussed at any length within the paper itself and I don’t feel I have anything to add on that point which wouldn’t be purely speculative. 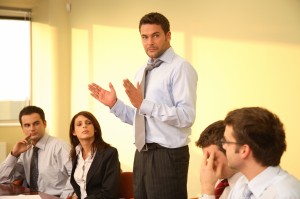 “My stance on speculation stated, let’s speculate about something else…”

This leaves open the question of why religious beliefs would be associated with a more-monogamous mating style in particular. After all, it seem plausible that a community of people relatively interested in promoting a more long-term mating strategy and condemning short-term strategies need not come with the prerequisite of believing in a deity. People apparently don’t need a deity to condemn people for lying, stealing, or killing, so what would make sexual strategy any different? Perhaps the fact that sexual morals show substantially more variation that morals regarding, say, killing. Here’s what Weeden & Kurzban (2013) suggest:

We view expressed religious beliefs as potentially serving a number of functions, including not just the guidance of believers’ own behaviors, but as markers of group affiliation or as part of self-presentational efforts to claim higher authority or deflect the attribution of self-interested motives when it comes to imposing contested moral restrictions on those outside of the religious group. (p.2, emphasis mine)

As for whether or not belief in a deity might serve as a group marker, well, it certainly seems to be a potential candidate. Of course, so is pretty much anything else, from style of dress, to musical taste, to tattoos or other ornaments. In terms of displaying group membership, belief in God doesn’t seem particularly special compared to any other candidate. Perhaps belief in God simply ended up being the most common ornament of choice for groups of people who, among other things, wanted to restrict the sexuality of others. Such an argument would need to account for the fact that belief in God and sexual morals seem to correlate in groups all over the world, meaning they all stumbled upon that marker independently time and again (unlikely), that such a marker has a common origin in a time before humans began to migrate over the globe (possible, but hard to confirm), or posit some third option. In any case, while belief in God might serve such a group-marking function, it doesn’t seem to explain the connection with sexuality per se.

The other posited function – of involving a higher moral authority – raises some additional questions: First, if the long-term maters are adopting beliefs in God so as to try and speak from a position of higher (or impartial) authority, this raises the question of why other parties, presumably ones who don’t share such a belief, would be persuaded by that claim in anyway. Were I to advance the claim that I was speaking on behalf of God, I get the distinct sense that other people would dismiss my claims in most cases. Though I might be benefited if they believed me, I would also be benefited if people just started handing me money; that there doesn’t seem to be a benefit for other parties in doing these things, however, suggests to me that I shouldn’t expect such treatment. Unless people already believe in said higher power, claiming impartiality in its name doesn’t seem like it should tread much persuasive water.

Second, even were we to grant that such statements would be believed and have the desired effect, why wouldn’t the more promiscuous maters also adopt a belief in a deity that just so happens to smile on, or at least not care about, promiscuous mating? Even if we grant the more promiscuous individuals were not trying to condemn people for being monogamous (and so have no self-interested motives to deflect), having a deity on your side seems like a pretty reasonable way to strengthen your defense against people trying to condemn your mating style. At the very least, it would seem to weaken the moralizer’s offensive abilities. Now perhaps that’s along the lines of what atheism represents; rather than suggesting that there is a separate deity that likes what one prefers, people might simply suggest there is no deity in order to remove some of the moral force from the argument. Without a deity, one could not deflect the self-interest argument as readily. This, however, again returns us to the previous point: unless there’s some reason to assume that third parties would impressed by the claims of a God initially, it’s questionable as to whether such claims would carry any force that needed to be undermined. 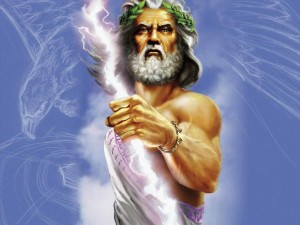 Some gods are a bit more lax about the whole “infidelity” thing.

Of course, it is possible that such beliefs are just byproducts of something else that ties in with sexual strategy. Unfortunately, byproduct claims don’t tend to make much in the way of textured predictions as for what design features we ought to expect to find, so that suggestion, while plausible, doesn’t appear to lend itself to much empirical analysis. Though this leaves us without a great of satisfaction in explaining why religious belief and regulation of sexuality appear to be linked, it does provide us with the knowledge that religious belief does not primarily seem to concern itself with cooperation more generally. Whatever the function, or lack thereof, of religious belief, it is unlikely to be in promoting morality in general.