Women are more likely to be depressed than men; about twice as likely here in the US, as I have been told. It’s an interesting finding, to be sure, and making sense of it poses a fun little mystery (as making sense of many things tends to). We don’t just want to know that women are more depressed than men; we also want to know why women are more depressed. So what are the causes of this difference? The Mayo Clinic floats a few explanations, noting that this sex difference appears to emerge around puberty. As such, many of the explanations they put forth center around the problems that women (but not men) might face when undergoing that transitional period in their life. These include things like increased pressure to achieve in school, conflict with parents, gender confusion, PMS, and pregnancy-related factors. They also include ever-popular suggestions such as societal biases that harm women. Now I suspect these are quite consistent with the answers you would get if queried your average Joe or Jane on the street as to why they think women are more depressed. People recognize that depression often appears to follow negative life events and stressors, and so they look for proximate conditions that they believe (accurately or not) disproportionately affect women.

Boys don’t have to figure out how to use tampons; therefore less depression

While that seems to be a reasonable strategy, it produces results that aren’t entirely satisfying. First, it seems unlikely that women face that much more stress and negative life events than men do (twice as much?) and, secondly, it doesn’t do much to help us understand individual variation. Lots of people face negative life events, but lots of them also don’t end up spiraling into depression. As I noted above, our understanding of the facts related to depression can be bolstered by answering the why questions. In this case, the focus many people have is on answering the proximate whys rather than the ultimate ones. Specifically, we want to know why people respond to these negative life events with depression in the first place; what adaptive function depression might have. Though depression reactions appear completely normal to most, perhaps owing to their regularity, we need to make that normality strange. If, for example, you imagine a new mouse mother facing the stresses of caring for her young in a hostile world, a postpartum depression on her part might seem counterproductive: faced with the challenges of surviving and caring for her offspring, what adaptive value would depressive symptoms have? How would low energy, a lack of interest in important everyday activities, and perhaps even suicidal ideation help make her situation better? If anything, they would seem to disincline her from taking care of these important tasks, leaving her and her dependent offspring worse off. This strangeness, of course, wouldn’t just exist in mice; it should be just as strange when we see it in humans.

The most compelling adaptive account of depression I’ve read (Hagen, 2003) suggests that the ultimate why of depression focuses on social bargaining. I’ve written about it before, but the gist of the idea is as follows: if I’m facing adversity that I am unlikely to be able to solve alone, one strategy for overcoming that problem is to recruit others in the world to help me. However, those other people aren’t always forthcoming with the investment I desire. If others aren’t responding to my needs adequately, it would behoove me to try and alter their behavior so as to encourage them to increase their investment in me. Depression, in this view, is adapted to do just that. The psychological mechanisms governing depression work to, essentially, place the depressed individual on a social strike. When workers are unable to effectively encourage an increased investment from their employers (perhaps in the form of pay or benefits), they will occasionally refuse to work at all until their conditions improve. While this is indeed costly for the workers, it is also costly for the employer, and it might be beneficial for the employer to cave to the demands rather than continue to face the costs of not having people work. Depression shows a number of parallels to this kind of behavior, where people withdraw from the social world – taking with them the benefits they provided to others – until other people increase their investment in the depressed individual to help see them through a tough period.

Going on strike (or, more generally, withdrawing from cooperative relationships), of course, is only one means of getting other people to increase their investment in you; another potential strategy is violence. If someone is enacting behaviors that show they don’t value me enough, I might respond with aggressive behaviors to get them to alter that valuation. Two classic examples of this could be shooting someone in self-defense or a loan-shark breaking a delinquent client’s legs. Indeed, this is precisely the type of function that Sell et al (2009) proposed that anger has: if others aren’t giving me my due, anger motivates me to take actions that could recalibrate their concern for my welfare. This leaves us with two strategies – depression and anger – that can both solve the same type of problem. The question arises, then, as to which strategy will be the most effective for a given individual and their particular circumstances. This raises a rather interesting possibility: it is possible that the sex difference in depression exists because the anger strategy is more effective for men, whereas the depression strategy is more effective for women (rather than, say, because women face more adversity than men). This would be consistent with the sex difference in depression arising around puberty as well, since this is when sex differences in strength also begin to emerge. In other words, both men and women have to solve similar social problems; they just go about it in different ways. 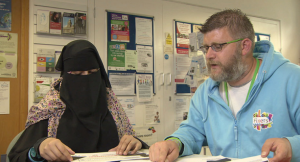 “An answer that doesn’t depend on wide-spread sexism? How boring…”

Crucially, this explanation should also be able to account for within-sex differences as well: while men are more able to successfully enact physical aggression than women, not all men will be successful in that regard since not all men possess the necessary formidability. The male who is 5’5″ and 130 pounds soaking wet likely won’t win against his taller, heavier, and stronger counterparts in a fight. As such, men who are relatively weak might preferentially make use of the depression strategy, since picking fights they probably won’t win is a bad idea, while those who are on the stronger side might instead make use of anger more readily. Thankfully, a new paper by Hagen & Rosenstrom (2016) examines this very issue; at least part of it. The researchers sought to test whether upper-body strength would negatively predict depression scores, controlling for a number of other, related variables.

To do so, they accessed data from the National Health and Nutrition Examination Survey (NHANES), netting a little over 4,000 subjects ranging in age from 18-60. As a proxy for upper-body strength, the authors made use of the measures subjects had provided of their hand-grip strength. The participants had also filled out questions concerning their depression, height and weight, socioeconomic status, white blood cell count (to proxy health), and physical disabilities. The researchers predicted that: (1) depression should negatively correlate with grip-strength, controlling for age and sex, (2) that relationship should be stronger for men than women, and (3) that the relationship would persist after controlling for physical health. About 9% of the sample qualified as depressed and, as expected, women were more likely to report depression than men by about 1.7 times. Sex, on its own, was a good predictor of depression (in their regression, ß = 0.74).

When grip-strength was added into the statistical model, however, the effect of sex dropped into the non-significant range (ß = 0.03), while strength possessed good predictive value (ß = -1.04). In support of the first hypothesis, then, increased upper-body strength did indeed negatively correlate with depression scores, removing the effect of sex almost entirely. In fact, once grip strength was controlled for, men were actually slightly more likely to report depression than women (though this didn’t appear to be significant). Prediction 2 was not supported, however, with their being no significant interaction between sex and grip-strength on measures of depression. This effect persisted even when controlling for socioeconomic status, age, anthropomorphic, and hormonal variables. However, physical disability did attenuate the relationship between strength and depression quite a bit, which is understandable in light of the fact that physically-disabled individuals likely have their formidability compromised, even if they have stronger upper bodies (an example being a man in a wheelchair having good grip strength, but still not being much use in a fight). It is worth mentioning that the relationship between strength and depression appeared to grow larger over time; the authors suggest this might have something to do with older individuals having more opportunities to test their strength against others, which sounds plausible enough.

Also worth noting is that when depression scores were replaced with suicidal ideation, the predicted sex-by-strength interaction did emerge, such that men with greater strength reported being less suicidal, while women with greater strength reported being more suicidal (the latter portion of which is curious and not predicted). Given that men succeed at committing suicide more often than women, this relationship is probably worth further examination. 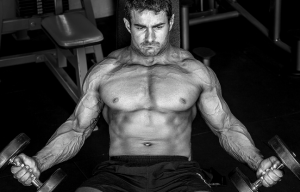 Taken together with findings from Sell et al (2009) – where men, but not women, who possessed greater strength reported being quicker to anger and more successful in physical conflicts – the emerging picture is one in which women tend to (not consciously) “use” depression as a means social bargaining because it tends to work better for them than anger, whereas the reverse holds true for men. To be clear, both anger and depression are triggered by adversity, but those events interact with an individual’s condition and their social environment in determining the precise response. As the authors note, the picture is likely to be a dynamic one; not one that’s as simple as “more strength = less depression” across the board. Of course, other factors that co-vary with physical strength and health – like attractiveness – could also being playing a roll in the relationship with depression, but since such matters aren’t spoken to directly by the data, the extent and nature of those other factors is speculative.