In the somewhat-recent past, there was a vote in the Senate held on the matter of whether women in the US should be required to sign up for the selective service – the military draft – when they turn 18. Already accepted, of course, was the idea that men should be required to sign up; what appears to be a relatively less controversial idea. This represents yet another erosion of male privilege in modern society; in this case, the privilege of being expected to fight and die in armed combat, should the need arise. Now whether any conscription is likely to happen in the foreseeable future (hopefully not) is a somewhat different matter than whether women would be among the first drafted if that happened (probably not), but the question remains as to how to explain this state of affairs. The issue, it seems, is not simply one of whether men or women are better able to shoulder the physical demands of combat, however; it extends beyond military service into intuitions about real and hypothetical harm befalling men and women in everyday life. When it comes to harm, people seem to generally care less about it happening to men. 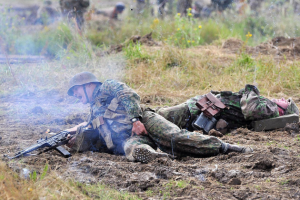 One anecdotal example of these intuitions I’ve encountered during my own writing is when an editor at Psychology Today removed an image in one my posts of a woman undergoing bodyguard training in China by having a bottle smashed over her head (which can be seen here; it’s by no means graphic). There was a concern expressed that the image was in some way inappropriate, despite my posting of other pictures of men being assaulted or otherwise harmed. As a research-minded individual, however, I want to go beyond simple anecdotes from my own life that confirm my intuitions into the empirical world where other people publish results that confirm my intuitions. While I’ve already written about this issue a number of times, it never hurts to pile on a little more.  Recently, I came upon a paper by FeldmanHall et al (2016) that examined these intuitions about harm directed towards men and women across a number of studies that can help me do just that.

The first of the studies in the paper was a straightforward task: fifty participants were recruited from Mturk to respond to a classic morality problem called the footbridge dilemma. Here, the life of five people can be saved from a train by pushing one person in front of it. When these participants were asked whether they would push a man or woman to their death (assuming, I think, that they were going to push one of them), 88% of participants opted for killing the man. Their second study expanded a bit on that finding using the same dilemma, but asking instead how willing they would be (on a 1-10 scale) to push either a man, woman, or a person of unspecified gender without other options existing. The findings here with regard to gender were a bit less dramatic and clear-cut: participants were slightly more likely to indicate that they would push a man (M = 3.3) than a woman (M = 3.0), though female participants were nominally less likely to push a woman (roughly M = 2.3) than men were (roughly M = 3.8), perhaps counter to what might be predicted. That said, the sample size for this second study was fairly small (only about 25 per group), so that difference might not be worth making much over until more data is collected.

When faced with a direct and unavoidable trade-off between the welfare of men and women, then, the results overwhelmingly showed that the women were being favored; however, when it came to cases where men or women could be harmed alone, there didn’t seem to be a marked difference between the two. That said, that moral dilemma alone can only take us so far in understanding people’s interests about the welfare of others in no small part because of their life-and-death nature potentially introducing ceiling effects (man or woman, very few people are willing to throw someone else in front of a train). In other instances where the degree of harm is lowered – such as, say, male vs female genital cutting – differences might begin to emerge. Thankfully, FeldmanHall et al (2016) included an additional experiment that brought these intuitions out of the hypothetical and into reality while lowering the degree of harm. You can’t kill people to conduct psychological research, after all. 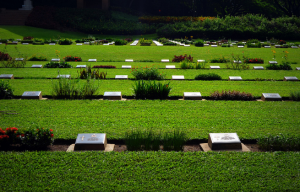 In the next experiment, 57 participants were recruited and given £20. At the end of the experiment, any money they had would be multiplied by ten, meaning participants could leave with a total of £200 (which is awfully generous as far as these things go). As with most psychology research, however, there was a catch: the participants would be taking part in 20 trials where £1 was at stake. A target individual – either a man or a woman – would be receiving a painful electric shock, and the participants could give up some of that £1 to reduce its intensity, with the full £1 removing the shock entirely. To make the task a little less abstract, the participants were also forced to view videos of the target receiving the shocks (which, I think, were prerecorded videos of real shocks – rather than shocks in real time – but I’m not sure from my reading of the paper if that’s a completely accurate description).

In this study, another large difference emerged: as expected, participants interacting with female targets ended up keeping less money by the end (M = £8.76) than those interacting with male targets (M = £12.54; d = .82). In other words, the main finding of interest was that participants were willing to give up substantially more money to prevent women from receiving painful shocks than they were to help men. Interestingly, this was the case in spite of the facts that (a) the male target in the videos was rated more positively overall than the female target, and (b) in a follow-up study where participants provided emotional reactions to thinking about being a participant in the former study, the amount of reported aversion to letting the target suffer shocks was similar regardless of the target’s gender. As the authors conclude:

While it is equally emotionally aversive to hurt any individual—regardless of their gender—that society perceives harming women as more morally unacceptable, suggests that gender bias and harm considerations play a large role in shaping moral action.

So, even though people find harming others – or letting them suffer harm for a personal gain – to generally be an uncomfortable experience regardless of their gender, they are more willing to help/avoid harming women than they are men, sometimes by a rather substantial margin.

Now onto the fun part: explaining these findings. It doesn’t go nearly far enough as an explanation to note that “society condones harming men more than women,” as that just restates the finding; likewise, we only get so far by mentioning that people perceive men to have a higher pain tolerance than women (because they do), as that only pushes the question back a step to the matter of why men tolerate more pain than women. As for my thoughts, first, I think these findings highlight the importance of a modular understanding of psychological systems: our altruistic and moral systems are made up of a number of component pieces, each with a distinct function, and the piece that is calculating how much harm is generated is, it would seem, not the same piece deciding whether or not to do something about it. The obvious reason for this distinction is that alleviating harm to others isn’t always adaptive to the same extent: it does me more adaptive good to help kin relative to non-kin, friends relative to strangers, and allies relative to enemies, all else being equal.

“Just stay out of it; he’s bigger than you”

Second, it might well be the case that helping men, on average, tends to pay off less than helping women. Part of the reason for that state of affairs is that female reproductive potential cannot be replaced quite as easily as male potential; male reproductive success is constrained by the number of available women much more than female potential is by male availability (as Chris Rock put it, “any money spent on dick is a bad investment“). As such, men might become particularly inclined to invest in alleviating women’s pain as a form of mating effort. The story clearly doesn’t end there, however, or else we would predict men being uniquely likely to benefit women, rather than both sexes doing similarly. This raises two additional possibilities to me: one of these is that, if men value women highly as a form of mating effort, that increased social value could also make women more valuable to other women in turn. To place that in a Game of Thrones example, if a powerful house values their own children highly, non-relatives may come to value those same children highly as well in the hopes of ingratiating themselves to – or avoiding the wrath of – the child’s family.

The other idea that comes to mind is that men are less willing to reciprocate aid that alleviated their pain because to do so would be an admission of a degree of weakness; a signal that they honestly needed the help (and might in the future as well), which could lower their relative status. If men are less willing to reciprocate aid, that would make men worse investments for both sexes, all else being equal; better to help out the person who would experience more gratitude for your assistance and repay you in turn. While these explanations might or might not adequately explain these preferential altruistic behaviors directed towards women, I feel they’re worthwhile starting points.