If you’re the kind of person who has frequented internet discussion boards, you’ll know that debates over sexism can get a bit heated. You might also have noticed that many problems men faced are not infrequently dismissed on the grounds of being relative unimportant when compared to issues women face. One common form this dismissal takes is the purposely misspelled, “what about teh poor menz?”, since everyone on the internet is automatically intellectually twelve. In fact, the whole sexism debate is often treated like a zero-sum game, where reducing sexism against one sex makes the other one worse off. We could debate whether that’s the case or not, but that’s not my goal today. Today, my goal is to ask, quite seriously, what about the men? 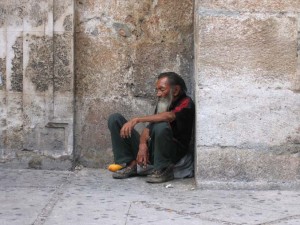 “Check out the male privilege on that guy”

There were two posts on Reddit that inspired this post: the first is this story of President Obama reacting to the Akin quote regarding rape. Here’s what Obama had to say:

“The views expressed were offensive,” said Obama. “Rape is rape. And the idea that we should be parsing and qualifying and slicing what types of rape we are talking about doesn’t make sense to the American people and certainly doesn’t make sense to me. So what I think these comments do underscore is why we shouldn’t have a bunch of politicians, a majority of whom are men, making health care decisions on behalf of women.” [emphasis mine]

Now, it seems to me that what we should want when it comes to our elected official writing legislation regarding our health care has nothing to do with gender per se; it should have everything to do with the policies themselves, not their proposers. For instance, imagine that Akin was a woman who uttered the same nonsensical quote about rape pregnancies: would that be an opportune time to comment about how women in general can’t be trusted to make their own health care decisions? I’d think not, yet it seemed to be a fine time to draw attention to the male gender.

Here’s the second post: the radically different prices that men and women can be charged for admission to certain venues. This is about as blatant case of sexism as you could think of. It’s also exceedingly common: bars and clubs hold “ladies nights” where women are charged less – if they’re charged at all – for entry and drinks on no basis other than gender. What you rarely, if ever, find is the reverse, where men are given a pass and women are required to pay a higher premium. Now we could argue about whether this is a good business move (whether it ends up profiting the clubs or not) but that’s not the point here. I doubt many people would accept women being charged higher tuition premiums to attend college, for instance, if it ended up causing the college to profit.

One could also argue about whether ladies nights can be said to do men real harm. Complaining about them might even be conceptualized as a first-world problem, or a whiny privileged male problem. Whether they do or not is still besides the point, which is this: it’s probable that even when a policy hurts or discriminates against men, that harm or discrimination will be taken less seriously than a comparable one directed against women. There is likely be some psychological module devoted to taking into account victim characteristics when assessing victimhood claims, and gender would appear to be a very relevant variable. In fact, I would predict that gender will be an important variable above and beyond the extent to which the sexes historically faced different costs from different acts (rape, for instance, entails the additional risk of pregnancy from a male-on-female case, but not the reverse, so we might expect people to say a woman getting raped is worse than a man being raped). 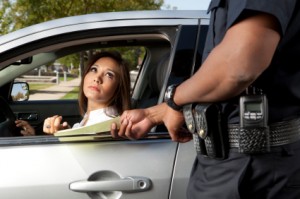 Some intriguing data come to us from Mustard (2001), who examined roughly 80,000 federal sentences across different racial groups, men, and women. Doing so requires controlling for a number of relevant variables, such as offense type and severity, past criminal record, and so on, since the variable of interest is, “the extent to which an individual who is in the same district court, commits the same offense, and has the same criminal history and offense level as another person received a different sentence on the basis on race, ethnicity or gender”. Mustard (2001) found that, after controlling for these variables, some of the usual racial bias come through: sentences that were handed out to blacks and Hispanics were, on average, 5.5 and 4.5 months longer than comparable sentences handled out to whites. Seems like a run-of-the-mill case of discrimination so far, I’m sure. However, the male-female discrepancy didn’t fair any better: men, on average, also received sentences 5.5 months longer than women did. Huh; it would seem that the male-female bias is about as bad, if not worse, than racial biases in this case.

It’s potentially worth noting that these disparities could come about for two reasons: sentencing within the guidelines – just differently between genders – or departing from the sentencing guidelines. For example, both men and women could be sentenced within the appropriate guidelines, but women tend to be sentenced towards the low end of the sentencing range while men are sentenced towards the high end. Granted, bias is still bias, whether it’s due to departures or sticking to the accepted range of sentencing length, but, as it turns out, roughly 70% of the gender difference could be accounted for by departures from sentencing guidelines; specifically, women were more often given downward departures from the guidelines, relative to men. When blacks and Hispanics are granted a downward departure, it averages about 5.5 months less than departures given to whites; for women, the average departure was almost 7 months greater than for men. Further, when the option of no jail time is available, females are also more likely to be granted no time, relative to men (just as whites are to blacks).

It’s also worth noting, as Mustard (2001) does, that these disparities were only examined at the level of sentencing. It would not be much of a leap to consider the possibility that similar disparities existed in other aspects of the moral domain, such as suspicion regarding a perpetrator, the devotion of resources to certain varieties of crime, or even assessments concerning whether a crime took place at all. Further still, it doesn’t consider the everyday social, non-criminal, extent to which men may not given certain considerations that women would. If that is the case, the effects of these biases that we see in this paper are likely to be cumulative, and the extent of the differences we see at time of sentencing might only reflect a part of the overall discriminatory pattern. Simply noticing the pattern, however, does not explain it, which means it’s time to consider some potential reasons why women may be assessed more positively than men when it comes to handing out punishment.

Whether he wins or loses here, he still loses.

Perhaps the most obvious issue is one I’ve touched on previously: men could be treating women better (or avoiding punishing them harshly) in hopes of receiving sexual favors later. In this regard, women are often able to offer men something that other men simply can’t, which makes them a particularly appealing social asset. However, such an explanation is likely incomplete, as it would only be able to account for cases in which men treated women preferentially, not cases where women treated other women preferentially as well. While the current data doesn’t speak to that issue (the interaction between the sex of the judge, sex of the convict, and sentencing length was not examined), I wouldn’t doubt it plays a significant role in accounting for this bias.

Another potential explanation is that men may in fact be more likely to be dangerous, leading people, men and women alike, to assume men are more likely to be guilty, acted more intentionally, and should be punished more severely (among other things). If the former proposition is true, then such a bias would likely be useful on the whole. However, that does not imply it would be useful or accurate for any one given case, especially if other, potentially more useful, sources of information are available (such as criminal history). Gender would only be a proxy for the other variables people wish to assess, which means its use would likely lead to inaccurate assessments in many individual cases.

Finally, one other issue returns to the point I was making last post: if women are, all things considered, better targets of social investment for other people relative to men, punishing them harshly is unlikely to lead to a good strategic outcome. Simply put, punishing women may be socially costlier than punishing men, so people might shy away from it when possible. While this is unlikely to be an exhaustive list of potential explanations for this discriminatory bias, it seems a plausible starting position. Now the only thing left to do is to get people to care about solving (and seeing) the problem in the first place.

3 comments on “No, Really; What About The Men?”