In my last post I suggested that humans likely possess a series of modules designed to assess victim characteristics when it comes to assessing their associated victimhood claims. Simply put, there are some people who make better social investments than others, and, accordingly, would tend to have their victimhood claims seen as more legitimate than those others. Specifically, I noted that men might be at something of a disadvantage when attempting to advance a victimhood claim, relative to women, as women might tend to be better targets of social investment (at least in certain contexts; I would be hesitant to assume that this is the case a prior across all contexts).

Coincidentally, I happened to come across this article (and associated Reddit post) today discussing whether or not male newborns should be circumcised. I feel the article and, more importantly, the comments discussing the article serve as an interesting (if non-scientific) case study in the weight of moral claims between genders. So let’s talk about the moral reactions of people to circumcision. 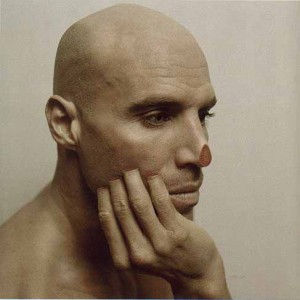 “There might have been a slight mix-up, but don’t worry; we’ll do your ears for free!”

In the debate over whether male offspring should be circumcised around the time they’re born, those in favor of circumcision seem to tend and phrase their stance in a consequentialist fashion, often claiming one or more of three* things: (1) circumcised penises are more appealing aesthetically, (2) circumcision brings with it health benefits in the form of a reduction in the risk of STI transmission, and (3) that the removal of the foreskin doesn’t really do any serious harm to the child. The function of these arguments would appear fairly self-evident: they are attempts to disengage the moral psychology of others by way of denying a victim, and without a victim the moral template cannot be completed. Those in favor of allowing circumcision, then, are generally claiming that being circumcised is a benefit, or at the very least not a cost, and you don’t get to be a victim without being perceived to have suffered a cost.

Beginning with the second point – the reduction of risk for contracting HIV – there is evidence to suggest that circumcision does nothing of the sort. Though I am unable to access the article, this paper in The Journal of Sexual Medicine reports that not only is circumcision not associated with a lower incidence of STIs in men, including HIV, but it might even be associated with a slightly higher incidence of infection (for whatever reason). The studies that claim to find the 40-60% reduction in the female-to-male transmission rate of HIV in circumcised men seem to have been conducted largely in African populations, where other issues, such as general hygiene, might be a factor. Specifically, one of the proposed reasons why uncircumcised males in these studies are more likely to become infected is that the foreskin traps fluids and pathogens, increasing bodily contact duration with them. In other words, a little soap and water after sex (along with a condom during sex, of course) could likely accomplish the same goal as circumcision in these cases, so the removal of the foreskin might be just a bit extreme of a remedy.

I’m most certainly not an expert in this field so don’t just take my word for it, but my perspective on the matter is that the results about whether circumcision decreases the transmission of HIV are mixed at best. Further, at least some of the hypothesized means through which circumcision could potentially work in this regard appear perfectly achievable through other, non-surgical means. Now that I’ve covered at least some ground on that evidentiary front, we can turn towards the more interesting, moral side. On the basis of this mixed evidence and a general lack of understanding as to how circumcision might work, the report issued by the American Academy of Pediatrics suggested that:

“…the benefits of newborn male circumcision justify access to this procedure for families who choose it” [emphasis mine]. 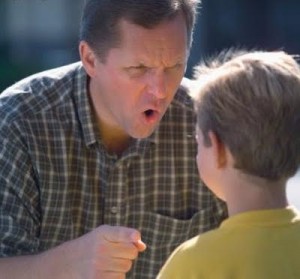 “If you can’t be trusted to wash it properly, I’m going to cut it off”

One interesting facet of our moral judgments is that, to some extent, they are nonconsequentist. That is to say, even if an act leads to a positive consequence, it can still be considered immoral. The classic example of this concerns people’s intuitions in the trolley and footbridge dilemmas: in the former dilemma, roughly 90% of subjects say that diverting an out-of-control trolley away from five hikers and towards one hiker is morally acceptable; in the latter dilemma, a roughly equivalent percentage of subjects say that pushing another person in front of a train to save five hikers is morally impermissible (DeScioli & Kurzban, 2009). Despite the consequences of each action being identical, the moral feel of each action is radically different. Thus, to say that an action is justified strictly by referencing a cost/benefit ratio (and a rather fuzzy and potentially flawed one at that) can be to miss the point morally to some degree. That said, to some other degree it does hit the mark because, as previously mentioned, moral claims need a victim, and without costs there can be no victim.

This conflict between the nonconsequentialist and consequentialist aspect of our moral psychology appear readily visible in the reactions of people when it comes to comparing elective surgery on the genitals of boys to that of elective surgery when performed on girls. A few years back, the American Academy of Pediatrics also recommended reconsidering US law regarding whether or not doctors should be allowed to engage in a “ceremonial” female circumcision. Though not much is said about the details of the procedure explicitly, the sense the various articles discussing it give is that it is a “harmless” one, essentially amounting to a pinprick to the clitoris or clitoral hood capable of drawing a drop of blood.The AAP recommended this reconsideration in order to, hopefully, appease certain cultural groups that might otherwise take their daughters overseas to engage in a much more extreme version of the ritual where piece of the external genitalia are cut or fully removed. This recommendation by the AAP was soon reversed, following a political outcry.

It’s worth noting that, during discussions on the topic of circumcision, there are many people who get rather upset when a comparison is made between the female and male varieties, typically because the female version is more extreme. A complete removal of the clitoris is, no doubt, worse than the removal of the foreskin of the penis. When comparing a pinprick to the clitoris that does no permanent damage to a complete or partial removal of the male foreskin though, that argument would seem to lose some of its weight. Even without that consequentialist weight, however, people were still very strongly opposed the ceremonial pricking on (more or less) nonconsequentialist grounds:

“We retracted the policy because it is important that the world health community understands the AAP is totally opposed to all forms of female genital cutting, both here in the U.S. and anywhere else in the world,” said AAP President Judith S. Palfrey. [emphasis, mine]

The interesting question to me, then, is why male genital cutting isn’t currently opposed as vehemently in all forms when performed on newborn infants who cannot consent to the procedure (Wikipedia puts the percentage of newborn boys being circumcised before they leave the hospital at over 50% in the US). One could try and point, again, to the iffy data on HIV reduction, but even in the event that such data was good and no alternatives were available to reduce the spread of the virus, it would leave one unable to explain why circumcision as a practice dates back thousands of years, well before HIV was ever a concern. It would also still leave the moral question of consent very much alive: specifically, what are the acceptable bounds for parents when making decisions for their dependent offspring? A pinprick to the genitals for culture reasons apparently falls into the non-accepted category, whereas the remove of foreskin for aesthetic or cultural reasons is accepted. 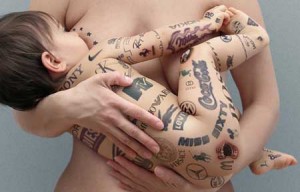 He’ll appreciate all that endorsement cash when he’s grown up.

Now maybe, as some suggest, the female genital pricking would to some extent morally license the more extreme version of the practice. That would certainly be a bad outcome to the procedure, and such an argument seeks to add the consequentialist weight back into the argument. Indeed, most all the articles on the topic, along with many of the commenters, likened the pricking to its far more extreme expression elsewhere. However, I get the sense that such a justification for avoiding pricking might represent a post hoc justification for the aversion. I get that sense because I saw no evidence presented that this moral licensing outcome would actually obtain (just a concern that it would) and no indication that more people would really be OK with the procedure if the moral licensing risks could be reduced or removed. I don’t think I recall anyone saying, “I’d be alright with the clitoral pinprick if…”

Returning to the gender issue, however, why do people not raise similar concerns about male circumcision licensing other forms of harm to men? My sense is that concerns like these are not raised with nearly as much force or as frequently because, in general, people are less bothered by males being hurt, infants or otherwise, for reasons I mentioned in the last post. Even in the event that these people are just incredible swayed by the HIV data, (though why people accept or reject evidence in the first place is also an interesting topic) those potential benefits wouldn’t be realized by the boys until at least the point at which they’re sexually active, so circumcising boys when they’re newborns without any indication they even sort of consent seems premature.

So when people say male and female circumcision aren’t comparable, I feel they have more in their mind then just the consequentialist outcome. I get the sense that the emotional feel of the issues can’t be compared, in part, because one happens to men and one happens to women, and our psychology tends to treat such cases differently.

*Note: this list of three items is not intended to be comprehensive. There are also cultural or religious reasons cited for circumcision, but I won’t be considering them here, as they didn’t appear well represented in the current articles.

4 comments on “Just A Little Off The Top”