There’s no denying the importance and ubiquitousness of violence and aggression. Despite the suggestion of the owner of the swamp castle in Monty Python’s Quest for the Holy Grail, people continue to “bicker and argue about who killed who“. Given that anger is often a key motivator of aggression, developing a satisfying account of anger can go a long way towards understanding and predicting when people will be likely to aggress against others. While there has been a great deal of focus placed on reducing violence, there tends to somewhat less mind paid to understanding the functions and uses of anger. The American Psychology Association, for instance, notes that anger can be a good thing because, “it can give you a way to express negative feelings…or motivate you to find solutions to problems”. They also warn that anger can “get out of hand”. While such suggestions sound plausible (minus the idea that “expressing” an emotion is good, in and of itself), they tend to lack the ability to deliver suitably textured predictions about the correlates or shape of anger, much less qualify what counts as “getting out of hand”.

Seems like he had that situation completely under control to me.

Of course, that’s not to suggest that is anger is always going to be useful in precisely the same measure as it gets delivered; just that we ought to be interested in attempting to understand the emotion before trying to diagnose the problems with it (in much the same fashion, one might wish to understand the function of, say, a fever, before figuring out whether we should try to reduce them). Towards that end, I would like to turn to a paper by Sell, Tooby, & Cosmides (2009) who posit an altogether more specific and biologically-plausible function for anger: the regulation and modification of welfare-tradeoff ratios (WTRs). These ratios essentially represent how much of your own welfare you’re willing to give up to improve the welfare of another. To use a simple economics example, imagine choosing between two options: $6 for yourself and $1 for someone else, or $5 for yourself and $5 for someone else. One’s WTR towards that someone else could be approximated, at least in some sense, by their choice in that and other dilemmas. This propensity to suffer losses to benefit others varies considerably across individuals.

This basic concept can be readily expanded to the wider social world: everything we do tends to have an effect on others and ourselves, and we would be better off, on the whole, if other people were relatively more willing to take our welfare into account when they acted. Sometimes that works out favorably for both parties, as is often the case in kin relationships (shared genetic interests tend to increase the willingness to trade off your own welfare for another’s); other times, it won’t work out so nicely. Since everyone would be better off if they could increase their WTRs with others and not everyone can possibly achieve that goal at once, WTRs tend to be aligned in non-optimal ways from at least someone’s perspective, if not most people’s. So let’s say someone isn’t taking my welfare into account in a way I deem acceptable when they act; what’s a guy to do? One available option is to attempt and “renegotiate” their WTR towards me through the threat of inflicting costs or withdrawing benefits; the  kinds of behaviors that anger helps motivate. Anger, then, might serve the function of attempting to regulate other people’s WTRs towards you (or your allies, and you by extension) by signalling the intention to inflict costs after behavior indicative of an unacceptably-low WTR.

This function immediately suggests some design features we ought to expect to find in the cognitive systems regulating anger, because not everyone is equally capable of inflicting costs on others. Accordingly, someone in a better position to inflict costs on others ought to be more readily roused to anger. One obvious indicator of that capacity to inflict costs would be one’s physical formidability: physically stronger males should be more capable of inflicting costs on others, and thus more willing to do so in order to modify the WTRs held by said others. This prediction was born out well in the data Sell et al (2009) collected: across various measures of men’s strength, the correlation between physical formidability and proneness to anger, history of fighting, sense of entitlement, and the perceived usefulness of violence were all high, ranging from approximately r = 0.3 to 0.5; for women, the same correlations were around 0.05 to 0.1. It was only physical formidability in men that proved to be a good predictor of aggression and anger, which makes a good deal of sense in light of the fact that women tend to be substantially less physically formidable in general. 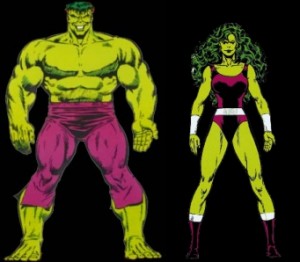 A relationship that holds even when measured in Hulks.

Women are not without power, though, even if typically falling behind men in physical strength. Perhaps owing to their ability to recruit the physical strength of others, or leverage some other social capital, attractive women might also be especially prone to anger. This set of predictions was also confirmed: women who perceived themselves to be attractive – like strong men – were more prone to anger, felt greater entitlement, were more successful in conflicts, and found violence to be more useful after controlling for physical strength. Attractiveness, however, did not predict history of fighting in women, as was expected. While attractive men also tended to feel a greater sense of entitlement and reported more success in conflicts, the variables relating to fighting ability did not reliably correlate with attractiveness once the effect of physical formidability was partial outed. In other words, in relation to anger, what physical strength was for men, attractiveness was for women.

It should also be noted that neither attractiveness or physical strength correlated well with how long people tended to ruminate when angry. It wasn’t simply the case that strong men/attractive women were angrier for longer periods of time. We ought to expect anger to be roused strategically and contextually in order to solve specific problems; not just generally, as that is liable to cause more problems than it solves. These results also cut against some popular misconceptions, like people being angry to compensate for a lack of physical strength or attractiveness, as the people who lacked those qualities tended to be less prone to anger. These data would also cut against the suggestions from the APA that I initially mentioned: unless there’s some compelling reason to predict that physically strong males/attractive females are particularly likely to be prone to anger in order to “express their emotions” or “solve problems” more generally, we can see that those ostensible functions for anger are clearly lacking in some regards. They fail to deliver good predictions or satisfyingly account for the existing data.

These findings do raise some questions bearing deeper examination. The first of these concerns the often ambiguous nature of casual arrows: do men become more prone to anger and aggression as they become physically stronger, or might there be some developmental window at which point aggressive tendencies tend to become relatively canalized (i.e. does current physical strength matter, or does one’s strength at, say, age 16 matter more)? What role does social influence – in the form of larger groups of allies – bring? Are well-liked, but physically-weak men less or more likely to become angry easily? Does it matter whether one’s friends are physically imposing? How about if the target of one’s anger is more formidable than the one experiencing the anger? Admittedly, these are tricky questions to answer, owing largely to potential logistical issues in conducting the research in an ecologically-valid context, but they’re certainly worth considering. 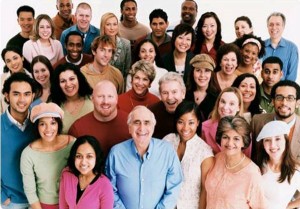 Returning to the initial point about when anger gets “out of control”, we can see the question becomes a significantly more nuanced one. For starters, “out of control” will clearly depend on who you ask: while the angry individual might feel that they are not being treated appropriately by others in their social world, the targets of that anger might insist that the angry individual is being unreasonable in their requests for some particular treatment. Further, “out of control” for one individual does not necessarily equal the same amount of aggression for any other, at least in terms of the adaptive value of the behavior. One might also consider, at least at times, a lack of aggression and anger to be unsuitable behavior, such as when meek children are told to stand up to their bullies. The key point here is that we ought to expect all these considerations to vary strategically, rather than as a function of someone needing to “express their emotions” by “venting” them. If Sell et al (2009) are correct, anger can likely be reduced by altering these WTRs in non-aggressive fashions. Once the expected WTR for one party has been reached, the anger systems ought to be deactivated. Whether such methods are likely to be practically feasible is another matter entirely.