Let’s say I were to give you a problem to solve: I want you to design a tool that is good at cutting. Despite the apparent generality of the function, this is actually a pretty vague request. For instance, one might want to know more about the material to be cut: a sword might work if your job is cutting some kind human flesh, but it might also be unwieldy to keep around the kitchen for preparing dinner (I’m also not entirely sure they’re dishwasher-safe, provided you managed to fit a katana into your machine in the first place). So let’s narrow the request down to some kind of kitchen utensil. Even that request, however, is a bit vague, as evidenced by Wikipedia naming about a dozen different kinds of utensil-style knives (and about 51 different kinds of knives overall). That list doesn’t even manage to capture other kinds of cutting-related kitchen utensils, like egg-slicers, mandolines, peelers, and graters. Why do we see so much variety, even in the kitchen, and why can’t one simple knife be good enough? Simple: when different tasks have non-overlapping sets of best design solutions, functional specificity tends to yield efficiency in one realm, but not in another. 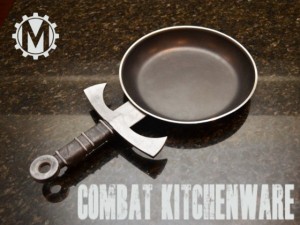 “You have my bow! And my axe! And my sword-themed skillet!”.

The same basic logic has been applied to the design features of living organisms as well, including aspects of our cognition as I argued in the last post: the part of the mind that functions to logically reason about cheaters in the social environment does not appear to be able logically reason with similar ease about other, even closely-related topics. Today, we’re going to expand on that idea, but shift our focus towards the realm of learning. Generally speaking, learning can be conceived of as some change to an organism’s preexisting cognitive structure due to some experience (typically unrelated to physical trauma). As with most things related to biological changes, however, random alterations are unlikely to result in improvement; to modify a Richard Dawkins quote ever so slightly, “However many ways there may be of [learning something useful], it is certain that there are vastly more ways of [learning something that isn't". For this reason, along with some personal experience, no sane academic has ever suggested that our learning occurs randomly. Learning needs to be a highly-structured process in order to be of any use.

Precisely how structured "highly-structured" entails is a bit of a sticky issue, though. There are undoubtedly still some who would suggest that some general type of reinforcement-style learning might be good enough for learning all sorts of neat and useful things. It's a simple rule: if [action] is followed by [reward], then increase the probability of [action]; if [action] is followed by [punishment], then decrease the probability of [action]. There are a number of problems with such a simple rule, and they return to our knife example: the learning rule itself is under-specified for the demands of the various learning problems organisms face. Let’s begin with an analysis of what is known as conditioned taste aversion. Organisms, especially omnivorous ones, often need to learn about what things in their environment are safe to eat and which are toxic and to be avoided. One problem in learning about which are potential foods are toxic is that the action (eating) is often divorced from the outcome (sickness) by a span of minutes to hours, and plenty of intervening actions take place in the interim. On top of that, this is not the type of learning you want to need repeated exposures to in order to learn, as, and this should go without saying, eating poisonous foods is bad for you. In order to learn the connection between the food and the sickness, then, a learning mechanism would seem to need to “know” that the sickness is related to the food and not other, intervening variables, as well as being related in some specific temporal fashion. Events that conform more closely to this anticipated pattern should be more readily learnable.

The first study we’ll consider, then, is by Garcia & Koelling (1966) who were examining taste conditioning in rats. The experimenters created conditions in which rats were exposed to “bright, noisy” water and “tasty” water. The former condition was created by hooking a drinking apparatus up to a circuit that connected to a lamp and a clicking mechanism, so when the rats drank, they were provided with visual and auditory stimuli. The tasty condition was created by flavoring the water. Garcia & Koelling (1966) then attempted to pair the waters with either nausea or electric shocks, and subsequently measure how the rats responded in their preference for the beverage. After the conditioning phase, during the post-test period, a rather interesting sets of results emerged: while rats readily learned to pair nausea with taste, they did not draw the connection between nausea and audiovisual cues. When it came to the shocks, however, the reverse pattern emerged: rats could pair shocks with audiovisual cues well, but could not manage to pair taste and shock. This result makes a good deal of sense in light of a more domain-specific learning mechanism: things which produce certain kinds of audiovisual cues (like predators) might also have the habit of inflicting certain kinds of shock-like harms (such as with teeth or claws). On the other hand, predators don’t tend to cause nausea; toxins in food tend to do so, and these toxins also tend to come paired with distinct tastes. An all-purpose learning mechanism, by contrast, should be able to pair all these kinds of stimuli and outcomes equally well; it shouldn’t matter whether the conditioning comes in the form of nausea or shocks. 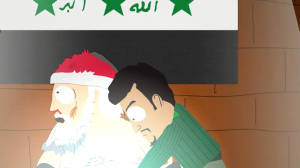 Turns out that shocks are useful for extracting information, as well as communicating it.

The second experiment to consider on the subject of learning, like the previous one, also involves rats, and actually pre-dates it. This paper, by Petrinovich & Bolles (1954), examined whether different deprivation states have qualitatively different effects on behavior. In this case, the two deprivation states under consideration were hunger and thirst. Two samples of rats were either deprived of food or water, then placed in a standard T-maze (which looks precisely how you might imagine it would). The relevant reward – food for the hungry rats and water for the thirsty ones – was placed in one arm of the T maze. The first trial was always rewarded, no matter which side the rat chose. Following that initial choice, the food was placed on the side of the maze the rat did not chose on the previous trial. For instance, if the rat went ‘right’ on the first trial, the reward was placed in the ‘left’ arm on the second trial. Whether the rat chose correctly or incorrectly didn’t matter; the reward was always placed on the opposite side as its previous choice. Did it matter whether the reward was food or water?

Yes; it mattered a great deal. The hungry rats averaged substantially fewer errors in reaching the reward than the thirsty ones (approximately 13 errors over 34 trials, relative to 28 errors, respectively). The rats were further tested until they managed to perform 10 out of 12 trials correctly. The hungry rats managed to meet the criterion value substantially sooner, requiring a median of 23 total trials before reaching that mark. By contrast, 7 of the 10 thirsty rats failed to reach the criterion at all, and, of the three that did, they required approximately 30 trials on average to manage that achievement. Petrinovich & Bolles (1954) suggested that these results can be understood in the following light: hunger makes the rat’s behavior more variable, while thirst makes its behavior more stereotyped. Why? The most likely candidate explanation is the nature of the stimuli themselves, as they tend to appear in the world. Food sources tend to be distributed semi-unpredictably throughout the environment, and where there is food today, there might not be food tomorrow. By contrast, the location of water tends to be substantially more fixed (where there was a river today, there is probably a river tomorrow), so returning to the last place you found water would be the more-secure bet. To continue to drive this point home: a domain general learning mechanism should do both tasks equally as well, and a more general account would seem to struggle to explain these findings.

Shifting gears away from rats, the final study for consideration is one I’ve touched on before, and it involves the fear responses of monkeys. As I’ve already discussed the experiment, (Cook & Mineka, 1989) I’ll offer only a brief recap of the paper. Lab-reared monkeys show no intrinsic fear responses to snakes or flowers. However, social creatures that they are, these lab-reared monkeys can readily develop fear responses to snakes after observing another conspecific reacting fearfully to them. This is, quite literally, a case of monkey see, monkey do. Does this same reaction hold in response to observations of conspecifics reacting fearfully to a flower? Not at all. Despite the lab-reared monkeys being exposed to stimuli they have never seen before in their life (snakes and flowers) paired with a fear reaction in both cases, it seems that the monkeys are prepared to learn to fear snakes, but not similarly prepared to learn a fear of flowers. Of note is that this isn’t just a fear reaction in response to living organisms in general: while monkeys can learn a fear of crocodiles, they do not learn to fear rabbits under the same conditions. 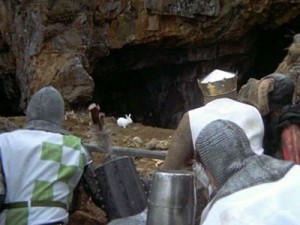 When it comes to learning, it does not appear that we are dealing with some kind of domain-general learning mechanism, equally capable of learning all types of contingencies. This shouldn’t be entirely surprising, as organisms don’t face all kinds of contingencies with equivalent frequencies: predators that cause nausea are substantially less common than toxic compounds which do. Don’t misunderstand this argument: humans and nonhumans alike are certainly capable of learning many phylogenetically novel things. That said, this learning is constrained and directed in ways we are often wholly unaware of. The specific content area of the learning is of prime importance in determining how quickly somethings can learned, how lasting the learning is likely to be, and which things are learned (or learnable) at all. The take-home message of all this research, then, can be phrased as such: Learning is not the end point of an explanation; it’s a phenomenon which itself requires an explanation. We want to know why an organism learns what it does; not simply that it learns.