All traits of biological organisms require some combination and interaction of genetic and non-genetic factors to develop. As Tooby and Cosmides put it in their primer:

Evolutionary psychology is not just another swing of the nature/nurture pendulum. A defining characteristic of the field is the explicit rejection of the usual nature/nurture dichotomies — instinct vs. reasoning, innate vs. learned, biological vs. cultural. What effect the environment will have on an organism depends critically on the details of its evolved cognitive architecture.

The details of that cognitive architecture are, to some extent, what people seem to be referring to when they use the word “innate”, and figuring out the details of that architecture is a monumental task indeed. For some reason, this task of figuring out what’s “innate” also draws some degree of what I feel is unwarranted hostility and precisely why it does is a matter of great interest. One might posit that some of this hostility is due to the term itself. “Innate” seems to be a terribly problematic term for the same two reasons that most other contentious terms are: people can’t seem to agree on a clear definition for the word or a  context to apply it in, but they still use it fairly often despite that. Because of this, interpersonal communication can get rather messy, much like two teams trying to play a sport in which each is playing the game under a different set of rules; a philosophical game of Calvinball. I’m most certainly not going to be able to step into this debate and provide the definition for “innate” that all parties will come to intuitively agree upon and use consistently in the future. Instead, my goal is to review two recent papers that examined the contexts in which people’s views of innateness vary.

Anyone with a passing familiarity in the debates that tend to surround evolutionary psychology will likely have noticed that most of these debates tend to revolve around issues of sex differences. Further, this pattern tends to hold whether it’s a particular study being criticized or the field more generally; research on sex differences just seems to catch a disproportionate amount of the criticism, relative to most other topics, and that criticism can often get leveled at the entire field by association (even if the research is not published in an evolutionary psychology, and even if the research is not conducted by people using an evolutionary framework). While this particular observation of mine is only an anecdote, it seems that I’m not alone in noticing it. The first of the two studies on attitudes towards innateness was conducted by Geher & Gambacorta (2010) on just this topic. They sought to determine the extent to which attitudes about sex differences might be driving opposition to evolutionary psychology and, more specifically, the degree to which those attitudes might be correlated with being an academic, being a parent, or being politically liberal.

Towards examining this issue, Geher & Gambacorta (2010) created questions aimed at assessing people attitudes in five domains: (1) human sex differences in adulthood, (2) human sex differences in childhood, (3) behavioral sex differences in chickens, (4) non-sex related human universals, and (5) behavioral differences between dogs and cats. Specifically, the authors asked about the extent to which these differences were due to nature or nurture. As mentioned in the introduction, this nature/nurture dichotomy is explicitly rejected in the conceptual foundations of evolutionary psychology and is similarly rejected by the authors as being useful. This dimension was merely used in order to capture the more common attitudes about the nature of biological and environmental causation, where the two are often seen as fighting for explanatory power in some zero-sum struggle.

Of the roughly 270 subjects who began the survey, not all of them completed every section. Nevertheless, the initial sample included 111 parents and 160 non-parents, 89 people in academic careers and 182 non-academics, and the entire sample was roughly 40 years old and mildly politically liberal, on average. The study found that political orientation was correlated with judgments of whether sex differences in humans (children and adults) were due to nature or environment, but not the other three domains (cats/dogs, chickens/hens, or human universals): specifically, those with more politically liberal leanings were also more likely to endorse environmental explanations for human sex differences. Across other domains there were some relatively small and somewhat inconsistent effects, so I wouldn’t make much of them just yet (though I will mention that women’s studies and sociology fields seemed consistently more inclined to chalk each domain – excepting the differences between cats and dogs – up to nurture, relative to other fields; I’ll also mention their sample was small). There was, however, a clear effect that was not discussed in the paper:subjects were more likely to chalk non-human animal behavior up to nature, relative to human behavior, and this effect seemed more pronounced with regards to sex differences specifically. With these findings in mind, I would echo the conclusion of the paper that there is appears to be some political, or, more specifically, moral dimension to these judgments of the relative roles of nature and nurture. As animal behavior tends to fall outside of the traditional human moral domain, chalking their behavior up to nature seemed less unpalatable for the subjects. 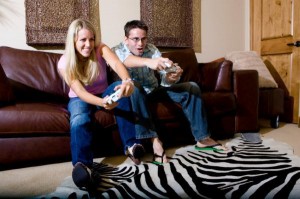 See? Men and women can both do the same thing on the skin of a lesser beast.

The next paper is a new release from Knobe & Samuels (2013). You might remember Knobe from his other work in asking people slightly different questions and getting vastly different responses, and it’s good to see he’s continuing on with that proud tradition. Knobe & Samuels begins by asking the reader to imagine how they’d react to the following hypothetical proposition:

Suppose that a scientist announced: ‘I have a new theory about the nature of intention. According to this theory, the only way to know whether someone intended to bring about a particular effect is to decide whether this effect truly is morally good or morally bad.’

The authors predict that most people would reject this piece of folk psychology made explicit; value judgments are supposed to be a different matter entirely from tasks like assessing intentionality or innateness, yet these judgments do not appear to be truly be independent from each other in practice. Morally negative outcomes are rated as being more intentional than morally positive ones, even if both are brought about as a byproduct of another goal. Knobe & Samuels (2013) sought to extent this line of research in the realm of attitudes about innateness.

In their first experiment, Knobe & Samuels asked subjects to consider an infant born with a rare genetic condition. This condition ensures that if a baby breastfeeds in the first two weeks of life it will either have extraordinarily good math abilities (condition one) or exceedingly poor math skills (condition two). While the parents could opt to give the infant baby formula that would ensure the baby would just turn out normal with regard to its math abilities, in all cases the parents were said to have opted to breastfeed, and the child developed accordingly. When asked about how “innate” the child’s subsequent math ability was, subjects seemed to feel that baby’s abilities were more innate (4.7 out of 7) when they were good, relative to when those abilities were poor (3.4). In both cases, the trait depended on the interaction of genes and environment and for the same reason, yet when the outcome was negative, this was seen as being less of an innate characteristic. This was followed up by a second experiment where a new group of subjects were presented with a vignette describing a fake finding about human’s genes: if people experienced decent treatment (condition one) or poor treatment (condition two) by parents at least sometimes, then a trait would reliability develop. Since most all people do experience decent or poor treatment by their parents on at least some occasions, just about everyone in the population comes to develop this trait. When asked about how innate this trait was, again, the means through which it developed mattered: traits resulting from decent treatment were rated as more innate (4.6) than traits resulting from poor treatment (2.7).

Skipping two other experiments in the paper, the final study presented these cases either individually, with each participant seeing only one vignette as before, or jointly, with some subjects seeing both versions of the questions (good/poor math abilities, decent/poor treatment) one immediately after the other, with the relevant differences highlighted. When subjects saw the conditions independently, the previous effects were pretty much replicated, if a bit weakened. However, even seeing these cases side-by-side did not completely eliminate the effect of morality on innateness judgments: when the breastfeeding resulted in worse math abilities this was still seen as being less innate (4.3) than the better math abilities (4.6) and, similarly, when poor treatment led to a trait developing it was viewed as less innate (3.8) than when it resulted from better treatment (3.9). Now these differences only reached significance because of the large sample size in the final study as they were very, very small, so I again wouldn’t make much of them, but I do still find it somewhat surprising that there were still small differences to be talked about at all. 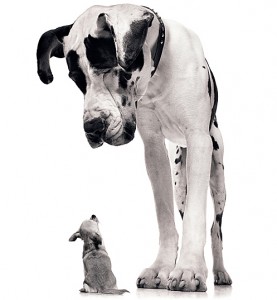 While these papers are by no means the last word on the subject, they represent an important first step in understanding the way that scientists and laypeople alike represent claims about human nature. Extrapolating these results a bit, it would seem that strong opinions about research in evolutionary psychology are held, at least to some extent, for reasons that have little to do with the field per se. This isn’t terribly surprising, as it’s been frequently noted that many critics of evolutionary psychology have a difficult time correctly articulating the theoretical commitments of the field. Both studies do seem to suggest that moral concerns play some role in the debate, but precisely why the moral dimension seems to find itself represented in the debate over innateness is certainly an interesting matter that neither paper really gets into. My guess is that it has something to do with the perception that innate behaviors are less morally condemnable than non-innate ones (hinting at an argumentative function), but that really just pushes the question back a step without answering it. I look forward to future research on this topic – and research on explanations, more generally – to help fill in the gaps of our understanding of this rather strange phenomenon.

References: Geher, G., & Gambacorta, D. (2010). Evolution is Not Relevant to Sex Differences in Humans Because I Want it That Way! Evidence for the Politicization of Human Evolutionary Psychology EvoS: The Journal of the Evolutionary Studies Consortium , 2, 32-47

2 comments on “The Fight Over Mankind’s Essence”