“The correspondence bias is the tendency to draw inferences about a person’s unique and enduring dispositions from behaviors that can be entirely explained by the situation in which they occur. Although this tendency is one of the most fundamental phenomena in social psychology, its causes and consequences remain poorly understood” – Gilbert and Malone, 1995

Social psychologists are not renowned for being particularly good at understanding things, even things which are (supposedly) fundamental to their field of study. Like the proverbial drunk looking for his missing keys at night under a streetlight rather than in the park where he lost them “because the light is better”, part of the reason social psychologists are not very good at providing genuine understanding is because they often begin with some false premise or assumption. In the case of the correspondence bias, as defined by Gilbert & Malone (1995), I feel one of these misunderstandings is the idea that behavior can be caused or explained by the situation at all (let alone ‘entirely’); that is, unless one defines “the situation” in a way that ceases to be of any real value. 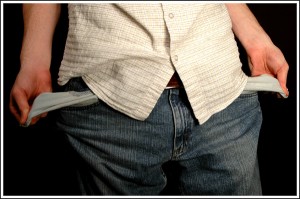 Which is about as valuable as the average research paper in psychology.

According to Gilbert and Malone (1995), an “eminently reasonable” rule is that “…one should not explain with dispositions that which has already been explained by the situation”. They go on to suggest that people tend to “underestimate the power of situations”, frequently mistaking “…strong situation[s] for relatively weak one[s]“. To use some more concrete examples, people seemed to perform poorly at tasks like predicting how much shock subjects in the Milgram experiment on obedience would give when asked to by an experimenter, or tend to do things like judge basketball players as less competent when they were shooting free throws in a dimly-lit room, relative to a well-lit one. In these experiments, the command of an experimenter and the lighting of a room are supposed to be, I think, “strong” situations that “highly constrain” behavior. Not to put too fine of a point on it, but that makes no sense.

A simple example should demonstrate why. Let’s say you wanted to see how “strong” of a situation a hamburger is, and you measure the strength of the situation by how much subjects are willing to pay for that burger. An initial experiment finds that subjects are, on average, willing to pay a maximum of about $5 for that average burger. Good to know. Now, a second experiment is run, but this time subjects are divided into three groups: group 1 has just finished eating a larger meal, group 2 ate that same meal four hours prior and nothing else since, and group 3 ate that meal 8 hours prior and nothing else since. These three groups are now presented with the same average hamburger. The results you’d now find is that group 1 seems relatively uninterested in paying for that burger (say, $0.50, on average), group 2 is somewhat interested in paying for it ($5), and group 3 is very interested in paying for it ($10).

From this hypothetical pattern of results, what are we to conclude about the “strength” of the situation of an opportunity to buy a burger? Obviously, the burger itself (the input provided by the environment) explains nothing about the behavior of the subjects and has no intrinsic “strength”. This shouldn’t be terribly surprising because abstract situations aren’t what generate behavior; psychological modules do. Whether that burger is currently valuable or not is going to depend crucially on the outputs of certain modules monitoring things like one’s current caloric state, and other modules recognizing the hamburger as a good source of potential calories. That’s not to say that the situations are irrelevant to the behavior that is eventually generated, of course; it just implies that which aspects of the environment matter, how much they matter, when they matter, and why they matter, are all determined by the current state of the existing psychological structures of the organism in question. A resource that is highly valuable in one situation is not necessarily valuable in another. 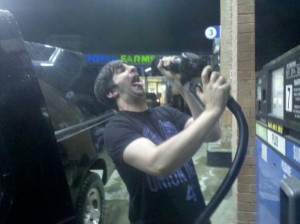 “If it makes my car go fast, just imagine how much time it’ll cut off my 100m”

Despite their use of inconsistent and sloppy language regarding the interaction between environments and dispositions in generating behavior, Glibert and Malone (1995) seem to understand that point to some extent. Concerning an example where a debate coach instructs subjects to write a pro-Castro speech, the authors write:

What people are often underestimating (or overestimating, depending on context), then, is not the strength of the situation, but the strength of other competing dispositions, given a certain set of environmental inputs. While this might seem like a minor semantic issue, I feel it might holds a deeper significance, insomuch as it leads researchers to ask the wrong kinds of questions. For instance, what’s noteworthy to me about Gilbert and Malone’s (1995) analysis of the ultimate causes of the correspondence bias are not the candidate explanations they put forward, but rather which questions they don’t ask and what explanations they don’t give.

The authors suggest that the correspondence bias might not have historically had many negative consequences for a number of reasons that I won’t get into here. The only possible positive consequence they discuss is that the bias might allow people to predict the behavior of others. This is a rather strange benefit to posit, I feel, given that almost the entirety of their paper up to that point had been focused on how this bias is likely to lead to incorrect predictions, all things considered. Even granting that the correspondence bias might only tend to be an actual problem in contexts artificially created in psychology experiments (such as by randomly assigning subjects to groups), in no case does it seem to lead to more accurate predictions of others’ behavior.

The ultimate explanations offered for the correspondence bias left me feeling like (and I could be wrong about this) the authors were still thinking about the bias as an error in the way we think; they don’t seem to give the impression that the bias had an real function. Now, that could be true; the bias might well be a neutral-to-maladaptive byproduct, though what the bias would be a byproduct of isn’t immediately clear. While, from a strictly accuracy-based point of view, the bias might often lead to inaccurate conclusions, as I’ve mentioned before, accuracy is only important to the extent that it helps organisms do useful things. The question that Gilbert and Malone (1995) fail to ask, given their focus on accuracy, is why would people bother attributing the behavior of others to situational or dispositional characteristics in the first place? 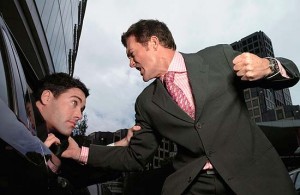 My road rage happens to be indifferent to whether you were lost or just a slow driver.

Being able to predict the behavior of other organisms is useful, no doubt; it lets you know who is likely to be a good social investment and who isn’t, which will in turn affect the way you behave towards others. Given the stakes at hand, and since you’re dealing with organisms that can be persuaded, accuracy in perceptions might not always be the best policy. Suppose you’re in competition with a rival over some resource; since the Olympics are currently going on, you’re now a particularly good swimmer and competing in some respective event. Let’s say you don’t come in first; you end up placing behind one of your country’s bitter rivals. How are you going to explain that loss to other people? You might concede that your rival was simply a better swimmer than you, but that’s not likely to garner you a whole lot of support. Alternatively, you might suggest that you were really the better swimmer, but some aspect of the situation ended up giving your rival a temporary upper-hand. What you’d be particularly unlikely to do would be to both suggest that your rival was actually the better swimmer and still beat you despite some situational factor that ended up putting you at an advantage.

As Gilbert and Malone (1995) mention in their introduction, a niece who is perceived as intentionally breaking a vase by their aunt would receive the thumbscrews, while the niece who is perceived as breaking a vase on accident would not. Depending on the nature of the situation – whether it’s one that will result in blame or praise – it might serve you will to minimize or maximize the perception of your involvement in bringing the events about. It would similarly serve you will to manipulate the perceptions of other people’s involvement in act. One way of doing this would involve going after the perceptions of whether a behavior was caused by a situation or a disposition; whether the outcome was a fluke or likely to be consistent across situations. This would lead to the straight-forward prediction that such attributional biases will tend to look remarkably self-serving, rather than just wrong in some general way. I’ll leave it up to you as to whether or not that seems to be the case.