When “doing the right thing” is easy, people tend to not give others much credit for it. Chris Rock made light of this particular fact briefly in one of his more popular routines – so popular, in fact, that it has its own Wikipedia page. In this routine, Chris Rock says “Niggas always want some credit for some shit they supposed to do…a Nigga will brag about some shit a normal man just does”. At this point, it’s probably worth pointing out that Chris Rock has an issue with using the word “Nigga” because he felt it gave racist people the feeling they had the license to use it. However, he apparently has no issue at all using the word “Faggot”. The hypocrisy of the human mind is always fun.

So here’s a question: which opinion represents Chris Rock’s real opinion? Does Chris believe in not using a word – even comically – that could be considered offensive because it might give some people with ill-intentions license to use it or does he not? If you understand the concept of modularity properly, you should also understand that the question itself is ill-phrased; implicit in the question is an assumption of a single true self somewhere in Chris Rock’s brain, but that idea is no more than a (generally) useful fiction. 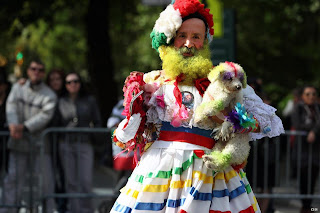 On second though, maybe I don’t really want to see your true colors…

Examples of this line of thought abound, however, despite the notion being faulty. For instance, Daniel Kahneman, who, when working as a psychologist (that apparently didn’t appreciate modularity) in the military, felt he was observing people’s true nature under conditions of stress.There’s something called the Implicit Association Test – IAT for short. The basic principle behind the IAT is that people will respond more quickly and accurately when matching terms that are more strongly mentally associated compared to ones that aren’t, and the speed of your responses demonstrates what’s really in your mind. So let’s say you have a series of faces and words that pop up in the middle of screen; your task is to hit one button if the face is white or the word is positive, and a different button if the face is black or the word is negative (also vice versa; i.e. one button for black person or positive word, and another button for white person or negative word). The administrators and supporters of this test often claim things like: It is well known that people don’t always ‘speak their minds’, and it is suspected that people don’t always ‘know their minds’, though the interpretation of the results of such a test is, well, open to interpretation. 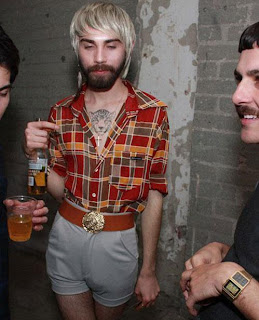 Enter Nichols and Knobe,who conducted a little test to see if people were compatibilists or incompatibilists (that is, whether people feel the concept of moral responsibility is compatible with determinism or not). It turns out how you phrase the question matters: when people were asked to assume the universe was completely deterministic and given a concrete case of immoral behavior (in this case, a man killing his wife and three kids to run off with his secretary), 72% of people said he was fully morally responsible for his actions. Following this, they asked some other people about the abstract question (“in a completely deterministic universe, are people completely morally responsible for their actions?”), and, lo and behold, the answers do a complete flip; now, 86% of people endorsed an incompatibilist stance, saying people aren’t morally responsible.

That’s a pretty neat finding, to be sure. What caught my eye was what followed, when the author’s write: “In the abstract condition, people’s underlying theory is revealed for what it is ─ incompatibilist” (p.16, emphasis mine). To continue to beat the point to death, the problem here is that the brain is not a single organ; it’s composed of different, functionally specific, information processing modules, and the output of these modules is going to depend on specific contexts. Thus, asking about what the underlying theory is makes the question ill-phrased from the start. So let’s jet over to the Occupy Wall Street movement that Jay-Z has recently decided to attempt to make some money on (money which he will not be using to support the movement, by the way): 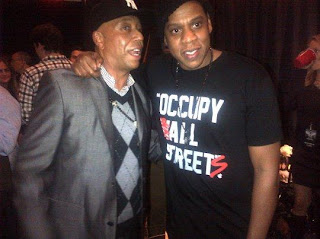 For every 99 dollars he makes, you get none.

When people demand that the 1% “pay their fair share” of the taxes, what is the word “fair” supposed to refer to? Currently, the federal tax code is progressive (that is, if you make more money, the proportion of that money that is taxed goes up), and if fairness is truly the goal, you’d suspect these people should be lobbying for a flat tax, demanding that everyone – no matter how rich or poor – pay the same proportion of what they make. It goes without saying that many people seem to oppose this idea, which raises some red flags about their use of the word “fair”. Indeed, Pillutla and Murnighan (2003) make an excellent case for just how easy it is for people to manipulate the meaning of the concept to suit their own purposes in a given situation. I’ll let them explain:

“Arguments that an action, an outcome, or decisions are not fair, when uttered by a recipient, most often reflect a strategic use of fairness, even if this is neither acknowledged nor even perceived by the claimant…The logical extension of these arguments is that claims of fairness are really cheap talk, i.e., unverifiable, costless information, possibly representing ulterior motives” (p.258)

The concept of fairness, in that sense, is a lot like the concept of a true, single self; it’s a useful fiction that tends to be deployed strategically. It makes good sense to be a hypocrite when being a hypocrite is going to pay. Being logically consistent is not useful to you if it only ensures you give up benefits you could otherwise have and/or forces you to suffer loses you could avoid. The real trick to hypocrisy then, according to Pillutla and Murnighan, is to appear consistent to others. If your cover gets blown, the resulting loss of face is potentially costly, depending, of course, on the specific set of circumstances.

One comment on “The “I” In The Eye Of The Beholder”