A man and a woman have been out on a date and things have been going well. After a time, the pair leave the resturant they were at and arrive back at the women’s car. The man leans in close to the woman’s ear and says, “I want to kiss you now. Is that OK?”. The woman agrees and the pair lock lips. After the kiss, the woman, eyeing the man seductively, says, “I want you to get into my car now. Is that OK?”. The man says yes and the two get inside the car together. In the backseat, the man looks at the woman and says,”I want to kiss you again. Is that OK?”. She says yes, and the pair begins to kiss. After a time, the man stops and tells the woman, “I just want to make sure you’re still OK with the kissing; it’s been a while since I asked”. She says she is and they continue on. Eventually, the woman asks if the man would be OK with taking off his shirt, which is confirms that he is, and things continues on like this for some time: each party continuously stops to check and make sure the other party has explicitly consented to each act before it happens and that they are still OK with it going on while the act is taking place. All in all, I’d say this makes for a pretty arousing story. 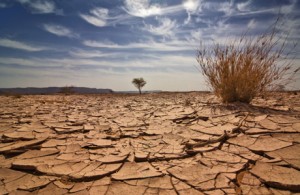 Am I right, Ladies?

OK; so maybe I exaggerated a little about the arousing part. In fact,the idea that every step of the courtship process should be made explicit strikes many people as precisely the opposite, if not funny, as demonstrated in this short video. Though I have no data on the subject handy, I would imagine that many people would find a partner continuously asking for explicit verbal consent before and/or during each act to be a mixture of off-putting and annoying. You’d probably get the sense that you were dealing with a rather insecure lover after the fifth or tenth, “Are you OK with this? Are you sure?”. What this is all getting at is the following point: a lot of communication that takes place between people is often nonverbal, implicit, veiled, or, in some cases, purposefully misleading. This is perhaps nowhere more the case than when it comes to sex. Unsurprisingly, though humans do possess a suite of cognitive adaptations for interpreting these indirect forms of communication correctly, mistakes are often made. If these mistakes could be better avoided by making communication more honest are direct, we’re left with the matter of why people beat around the bush or don’t say what they actually mean, with some frequency.

In examining the issue, let’s first consider some data about consent to sex. A 1988 paper by Muehlenhard & Hollabaugh asked a question that, I imagine, certain groups of people might find offensive: how often do women say “no” to sex when they actually mean “maybe” or “yes“? That is, how often is “no” not intended to mean “no“? The authors surveyed 610 undergraduate college women from Texas, asking them how many times they had been in the follow situation:

The reasons for this token resistance were varied: some women who said “no” but meant “yes” reported that they did so to avoid looking promiscuous (around 23% of women rated factors like these as being important in their decision); others reported that they did so out of fear of moral condemnation for saying “yes” (around 19%); still others reported that they said “no” purposefully to arouse a man and make him more aggressive (around 23%). The authors go on to note that such token resistance might have the following side-effect: they might encourage men to ignore women’s protests when they actually do mean “no”, as distinguishing token resistance from actual resistance is not always an easy task. So while real “no’s” are certainly more common than token “no’s” or “maybe’s”, if men are primarily interested in getting sex, the costs of missing a token “no” (no sex), might outweigh the costs of pushing against real “no’s” with some frequency (some additional wasted mating effort), and the result is often unpleasant for all parties involved. 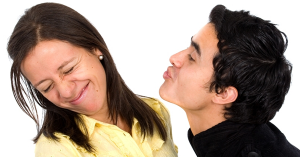 So why all this indirect, veiled, or dishonest communication? It would seem easier for all parties involved to just openly state their interest and be done with it. The problem with that suggestion, however, is that “easier” does not necessarily translate into “more useful”. As we saw from the women’s reasoning as for why they were giving these token “no’s”, there can be social costs to being direct or honest about certain desires: a woman who easily consents to sex might be seen as more likely to be promiscuous and, accordingly, treated differently by both men and other women. This point is dealt with by Steven Pinker, who discusses how indirect speech is useful for avoiding many of the social costs that might accompany communication, whether with respect to sex or other topics. There are other reasons a woman might say no, beyond what others will think of her, however. One that springs to mind regards a woman’s ability to honestly test certain qualities of her would-be mate.

For instance, we could consider one such quality: desire. Not all potential mates are equally desirable. One possible adaptive problem that women might be faced with is to determine how much their partners desire them. All else being equal, a partner who is highly desirous of a woman should make for a better mate than one who desires her less, as the former might be more willing to invest in or not abandon her. Unfortunately, desire is a difficult quality to assess directly just by looking at someone. A woman can’t just ask a man how much he desires her either, as there are incentives for men’s answers to such questions to be less than honest at times. So, to more accurately assess her partner’s level of desire, a woman could, in principle, place metaphorical roadblocks up to try make it more difficult for her partner to achieve the goal of sex he is after. When faced with an initial rejection, this forces the man to either give up (which he might do if he doesn’t desire her as much) or to redouble his efforts and demonstrate his willingness to do whatever needs to be done to achieve that goal (which he might do if he desires her more).On top of desire, such behavior might also communicate other facts about their personality honestly, like dominance, but we need not concern ourselves with that here.

Now that’s not to say that men don’t face a similar type of problem (assessing a partner’s desire); the example just serves to examine the strategic nature of why people might communicate in non-transparent, or even deceptive, ways: there are adaptive problems to be solved in a world where you can’t assume everyone is going to be non-judgmental or honest. If you want to have sex but maintain a reputation for not being thought of as promiscuous, or you want to test your partner’s desire for you, putting up token resistance might serve that goal even if the communication itself is dishonest. This, of course, isn’t good for everyone: as mentioned above, if men get the sense that “no” doesn’t always mean “no”, they might begin to make more advances where it truly isn’t welcome or being encouraged. 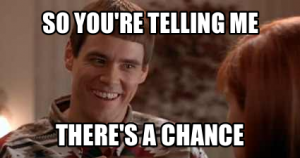 In somewhat unrelated news, California seems to be taking a stance against this kind of indirect communication with the recent “yes means yes” bill. According to the news reports I’ve seen, the bill would require “affirmative, conscious, and voluntary agreement” to sex (on campuses) that is “ongoing throughout the sexual activity”, so it looks like the token resistance women are about to find themselves out of luck. The details of what affirmative consent would look like in practice seem to be scarce, outside of saying affirmative consent is both affirmative and voluntary, and could involve non-verbal signals, but must assuredly be unambiguous. Given that human communication is often an ambiguous affair where even explicit “no’s” and “yes’s” don’t necessarily translate into actual intentions and desires, the matter seems to strike me as being the same level of tricky as defining obscenity. If the people writing the bill aren’t going to be explicit about what constitutes a clear standard of consent, I don’t know how those who are expected to abide by it will. Here’s to hoping it all works out for the best anyway. Who knows? Maybe it will even spur on one of those “critical discussions” people seem to love so much and raise some awareness.

References: Muehlenhard, C. & Hollabaugh, L. (1988). Do women sometimes say no when they mean yes? The prevalence and correlates of women’s token resistance to sex. Journal of Personality & Social Psychology, 54, 872-879.

2 comments on “Just Say No, And Be Sure To Mean It”