A while back, some of you may remember that an event called “SlutWalk” took place. For those in need of some background, a Canadian police officer suggested that women should avoid dressing like sluts to minimize their chances of being raped. In protest against these remarks and to fight back against “slut-shaming”, marches of predominately young women took to the streets to announce that blaming the victim in rape cases because of how they were dressed was wrong. One would think, given the turn out of predominately young women, that these young women also believe that it should not be acceptable to be aggressive towards others or mistreat them because of how they dress or how “slutty” they behave sexually, no matter the context. One would be wrong.

There are some research papers that are such a breath of fresh air it’s like falling in love with science all over again; this was one of those papers. 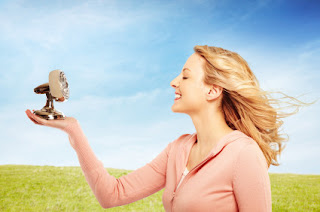 The feeling is similar to this, but without all the allergies and ticks.

The paper, by Vaillancourt and Sharma (2011), was examining intrasexual competition between women, specially the proposition that women would be relatively intolerant of other women they perceive as being sexually promiscuous. There are three delicious ironies to this paper, as it relates to Slutwalk: first, the authors are both working in Canadian universities. Second, the subjects being studied were all young women. Lastly, all the experimenters manipulated was the clothing that a female confederate was wearing; she was either dressed conservatively or, well, slutty (actual pictures of the clothing the confederate wore can be found in the study itself). To celebrate the return of Tosh.0 for its forth season, let’s play a round of “guess what happens next”.

Here’s the setup: two women between 17 and 23 years of age are in the lab, sitting opposite each other for what they think is an unrelated experiment. The two women are either friends with each other or strangers. There’s a knock on the door. It’s the confederate, who happens to be an attractive young woman (independently rated as an 8.6 out of 10). She walks between the two subjects and asks them about the experimenter’s whereabouts; the confederate then leaves with the experimenter. In the first condition, she walks in dressed conservatively. Can you guess what happens next?

If you guessed that there’s next to no negative reaction, you’d be right on track. In the second condition, the confederate is dressed in a black mini-skirt and a low-cut top. Can you guess what happens next in this case? If you guessed that reaction of the two female subject’s behavior would be classified as “bitchy” (including such behaviors as glares, looking the confederate up and down, saying something negative after she left the room, or laughing at her) by independent raters roughly 75% of the time, you probably weren’t marching in any SlutWalks. If you further guessed that of the subjects who displayed true happiness at the confederate (11.6%), all were in the conservatively dressed group, and all the women who displayed anger at the confederate (12.6%) were in the sexy condition, I’ll award you one genuine fake PhD in psychology. 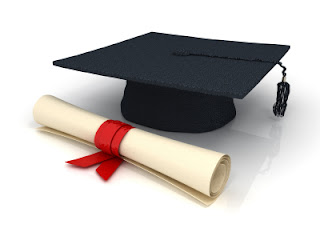 When you consider that most people waste years trying to get a similarly useless piece of paper, you’ll realize you got the better deal.

While friend dyads were rated as slightly bitchier than strangers, the effect was small so there might not be too much to make of it. A second experiment was run. This time, there were three pictures of the same confederate as before: in one picture, she was dressed conservatively, in another she was dressed sexy, and in a third, she was dressed sexy, but the picture was manipulated to make her look overweight. A new sample of young women, ages 17 to 28, who were rating the pictures said they would be much less likely to introduce the confederate to their boyfriends, let their boyfriends spend time with her alone, or befriend her themselves when she was dressed proactively, and that effect remained even in the photos manipulated to make her look fatter.

It would seem the picture we’re getting is that women don’t seem to trust, much less like, other women that they perceive as being promiscuous. Cues for promiscuity appear to be threatening and unappealing. Why might this be the case? One part of that answer is male investment. The more freely available sex is, the less willing men will be to invest in obtaining it; simple supply and demand. Each additional promiscuous woman lowers the collective value of sex, in turn lowering the amount of investment a woman can demand. This suggest that women, regardless of whether they’re sexually promiscuous themselves, would tend to be at least somewhat put-off by other women’s sexual availability and actively work to restrict it through aggression. Indirect kinds of aggression, such as insulting and social exclusion, are the most common. 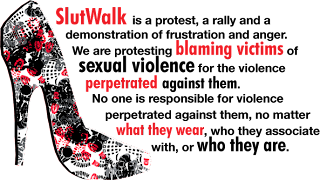 However, it’s not a protest designed to stop other women from judging you, making fun of you, or excluding you for being a slut.

It would seem this effect is not limited to just sexual promiscuity, however, as attractive women are less likely to be hired, but only when it’s another woman doing the hiring. For a woman, having other attractive and/or promiscuous women hanging around does you no favors when it comes to obtaining sustained male investment. Accordingly, those types of women who pose a threat do not seem to meet with warm welcomes.

In my previous post, I mentioned an idea it’s now time to return to:

Both articles above seem to equate sexualization with sexism, though precisely why that link is supposed to exist is left unexplained. It’s almost as if their implicit proposition is that either (a) women can be sexually attractive, dressing and/or acting provocatively, or (b) be valuable and respected, but not both.

Female comic book characters are often depicted as being sexually attractive and dressed in a provocative manner, which is the aforementioned volatile combination that leads to female disdain. It might be hard for many women to identify with those characters or accept them because they’re too busy hating them for what they represent. Now, I already hear someone saying, “But those two articles complaining about how it’s wrong to sexualize fictional female characters were written by men, and this research paper talks about women’s reactions. How can there be any connection?” There are two possible ways to make this connection that immediately come to mind.

The first is that not all men are equally desirable. If pair-bonding goes the way of the dinosaurs, the men at the lower ends of desirability spectrum lose out the most, while those at the top gain the most. Why? Just because a woman is promiscuous doesn’t mean she’s indiscriminant. If she’s not getting the investment, she may as well go all-in for the good genes, effectively shutting most men out. This is the case in the majority of species without male investment. Because of this, men on the lighter end of the desirability scale have more of an incentive to attempt and encourage pair-bonding styles of mating. Since promiscuous women are a threat to maintaining pair-bonds, and generally out of the reach of those men anyway, the women are imposing costs with no associated gains and are looked down upon.

The second, perhaps more cynical, and by no means mutually exclusive, explanation is that some of the reason men look down on sluttier women is that they are trying to get in good with the more conservative women who are already looking down on the sluttier one. More succinctly, some men join in the derogation in the hopes of getting laid. To what extent that’s their proximate motivation is an open-ended question.

One comment on “The Science Of Being A Bitch To Sluts”