As a male, it’s my birthright to be a chauvinistic sexist, sort of like original sin. I still remember the day, though I was still very young, that some representatives from the Patriarchy approached me with my membership card. They extended their invitation to join the struggle to keep gender roles distinct, help maintain male privilege, and make sure the women got the short end of the social stick despite both genders being identical in every way. I’m proud to report that towards this end I’ve watched many movies and played many games where the male protagonist saves an attractive woman from the clutches of some evil force (typically another male character), and almost none where the roles have been reversed. Take that, 19th amendment! 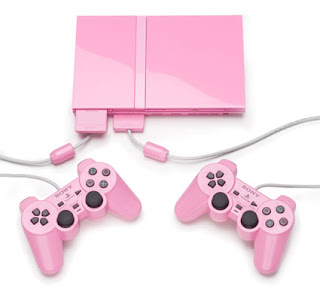 While we having yet figured out how to legally bar women from playing video games, we can at least patronize them while they do.

I have some lingering doubts as to whether I, as a man, am doing enough to maintain my privileged position in the world. Are sexism and recurrent cultural accidents the only reasons that the theme of man-saves-woman is so popular in the media, but the woman-saves-man theme is far less common? While I certainly hope it is to maximize the oppression factor, there have been two recent papers that suggest the theme of a damsel in distress being rescued by their white knight (or Mario, if you’re into short Italian plumbers) has more to do with getting the girl than oppressing her by reinforcing the idea that women need men to save them. A worrying thought for you other sexist pigs, I know.

While there’s always an interest in studying heroic behavior, researchers can’t put people into life-and-death scenarios for experimental purposes without first filling out the proper paperwork, and that can be quite tedious. The next best thing that we’re able to do is to get subjects to volunteer for self-inflicted discomfort. Towards this end, McAndrew & Perilloux (2012) brought some undergraduates into the lab under the pretenses of a “group-problem solving study”, when the actual objective was to see who would volunteer for discomfort. The undergrads were tested in groups of three and given three minutes to assign each group member one of three jobs: astronaut, diver, and pitcher. The astronaut’s job was to write down arguments in favor of taking three items from a hypothetical crashed spaceship. The diver was tasked with, first, submerging their arm in icy water for forty seconds, and then sit under a large water-balloon that the pitcher would attempt to break by throwing balls at a target (in keeping with the “3″ theme, the pitcher had three minutes to accomplish this task).  Needless to say, this would soak the diver, which was pretty clearly the worst job to have. Afterwards, the subjects decided how to split up the $45 payment privately. People who volunteered for the diver role were accordingly paid and liked more, on average.

If that’s where the experiment ended there wouldn’t be much worth caring about. The twist is that the groups were either made up of two men and one women, or two women and one man. In the latter groups, men and women ended up in each role at chance levels. However, when the group was made up of two men and a woman, the men ended up in the diver role 100% of the time, and the pitcher role almost as often (the one exception being a woman who was actually a pitcher for a softball team). It seemed to be that the presence of another man led the men to compete for the position of altruist, as if to show off for the woman and show-up the other man. If we were to translate this result into the world of popular movie themes, a close fit would probably be “male friend tries to convince a girl he really cares about her and he has has been the one for all along, not that jerk of a boyfriend she’s had”. 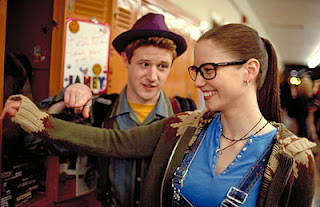 “Tell me more about all the men you date who aren’t me. I’m selflessly concerned with all your problems and can take the pain; not like those Jerks.”

Now it’s worth pointing out that the mating motive I’m suggesting as an explanation is an assumed one, as nothing in the study directly tested whether the behavior in the two male groups was intended to get the girl. One could be left wondering why the two female groups did not universally have the male volunteering for the diver position as well, were that the case. It could be that a man would only feel the need to compete (i.e. display) when there’s an alternative to him available; when there’s little to no choice for the women (one man, take him or leave him), the motivation to endure these costs and show off might not be aroused. While that answer may be incomplete, it’s at least a plausible starting point.

A second paper paints a broader picture of this phenomena and helps us infer sexual motives more clearly. In this study, Van Vugt & Iredale (2012) looked at contributions to public goods – sacrificing for the good of the group – rather than the willingness to get a little wet. In the first experiment, subjects played an anonymous public goods game with either no observer, an attractive observer of the same sex sitting close by, or one of the opposite sex. Across the three conditions, women were equally as likely to donate money to a group account. Men, however, donated significantly more to the account, but only when being observed by a member of the opposite sex. Further, the amount men donated correlated with how attractive they thought that observer was; the more attractive the men felt the woman was, the nicer the men were willing to behave. I’m sure this facet of the male psychology has not escaped the notice of almost any woman on Earth. To the infuriation of many girlfriends, their significant others will seem to take on a new persona around other women that’s just so friendly and accommodating, leading to all manner of unpleasant outcomes for everyone.

The next experiment in the paper also looked at male-male competition for behaving altruistically in a public goods game. Male subjects were brought into the lab one at a time and photographed. Their photos were then added alongside two others so subjects could see who they were playing with. Feedback on how much money participants gave was made available after each of the five rounds. Additionally, some participants were led to believe there would be an attractive observer – either of the same or opposite sex – watching the game, and the photos of the fake observers were included as well. Finally, at the conclusion of the experiment, participants were asked to make a commitment to a charitable organization. The results showed that men tended to increase their contribution between the beginning and the end of the game, but only when they thought they were being observed by an attractive woman; when they weren’t contributions steadily declined. Similarly, men also volunteered for more charity time following the experiment if they had been observed by an attractive woman. 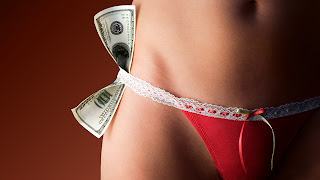 All the sudden, the plight of abused children just became a lot more real.

While male behavior was only studied under these two situations, I don’t see any reasons to suspect that the underlying psychological mechanisms don’t function similarly in others. Men are willing to compete for women, and that competition can take many forms, altruism being one of them. Everyone is familiar with the stereotypical guy who befriends a woman, is always there to help her, and is constantly looking out for her, with the end goal of course being sex (however vehemently it may be denied). Given that women tend to value kindness and generosity in a partner, being kind and generous as a way to someone’s pants isn’t the worst idea in the world. Demonstrating your ability and willingness to invest is a powerful attractant. That comes with a caveat: it’s important for some frustrated men out there to bear in mind that those two factors are not the only criteria that women use to make decisions about who to hook up with.

I say that because there are many men who bemoan how women always seem to go for “jerks”, though most women – and even some men – will tell you that most guys are pretty nice overall, and being nice does not make one exceptionally attractive. They’ll also tell you that women, despite the stereotype and for the most part, don’t like being with assholes. Real jerks fail to provide many benefits and even inflict some heavy costs than nicer men would. To the extent that women go for guys who don’t really treat them well or care about them, it’s probably due in large part to those men being either exceptionally good looking, rich, or high-status (or all three, if you’re lucky like I am). Those men are generally desirable enough, in one way or another, that they are able to effectively play the short-term mating strategy, but it’s worth bearing in mind their jerkiness is not what makes them more attractive generally; it makes them less attractive, they can just make up for it in other ways. Then again, denigrating your competition has a long and proud history in the world of mating, so calling other guys jerks or uncaring probably isn’t a terrible tactic either.