At one point or another, we have all had to deal with at least one person who behaved like a professional victim. Nothing is ever even partially their fault or responsibility, and they never seem to get what they think they deserve. Quite the opposite actually; they like to go on long and frustrated rants about how other people in the world are out to actively snub them. They’re unable to be reasoned with, as to even suggest that things aren’t really that bad is to question their victim status. It will be taken as a slight against them, one that will cause a deep mental wound and be used as just another example to demonstrate how hard their life is. 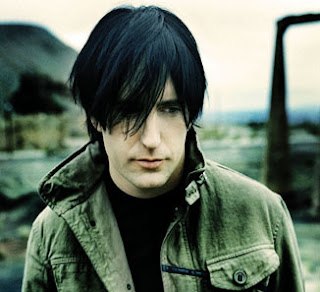 And the world already has one Trent Reznor for that job; it doesn’t need more.

To some extent, all that has probably described you well at some points throughout your life; perhaps more than you would care to admit and definitely more than you realize. It, of course, has never described me, due to my virtue of consistently being spot-on-correct when it comes to everything. That little facet of my mind coincidentally leaves me in a good position to examine this rather annoying human behavior: specifically, what might the benefits be to being mantled in the label “victim”, and why might some people compete for that label? We’ll start this examination by asking a question that may well offend you, but keep that “I’m offended” card tucked away in your deck for now: why do we have a gay pride parade, but no straight pride one? Bear in mind, this question could apply equally well across a number of different domains (such as a degree in men’s studies or white pride month), but we’ll stick to the sexual orientation one. People have responded to that question in multiple ways, but the answers seem to center around one common theme: you can be proud of your sexual orientation when it negatively impacts you.

What both those linked responses have in common is that they explicitly stress overcoming bigotry and hatred while fostering acceptance, which are certainly worthy goals and accomplishments of which to be proud. That raises the natural question of why we don’t then just call it the acceptance parade, or the overcoming bigotry parade? What’s not clear is where the link to being proud of your sexual orientation specifically – which most people would not class as an accomplishment – enters into the equation. What both answers also imply is that were homosexuals not discriminated against for their orientation, there would be no need for gay pride anymore. This further emphasizes the point that one’s sexual orientation is not the deciding factor in pride despite the parade’s namesake focusing on it. What the calling it gay pride seems to do is, perhaps unsurprisingly, suggest the notion that issues faced by certain groups of people, in this case homosexuals, are more hurtful, more legitimate, and overcoming them is a special accomplishment. Getting people to stop bullying you at school is an accomplishment, but if you get people to stop bullying you for being gay, then you get extra points. After that, they’ll be left with just teasing you for one of the no doubt awkward features of your adolescent body or personality

One could be left wondering what a straight pride parade would even look like anyway, and admittedly, I have no idea. Of course, if I didn’t already know what gay pride parades do look like, I don’t know why I would assume they would be populated with mostly naked men and rainbows, especially if the goal is fostering acceptance and rejection of bigotry. The two don’t seem to have any real connection, as evidenced by black civil rights activists not marching mostly naked for the rights afforded to whites, and suffragettes not holding any marches while clad in assless leather chaps. Neither group even had the rainbow behind them; they marched completely in black and white. 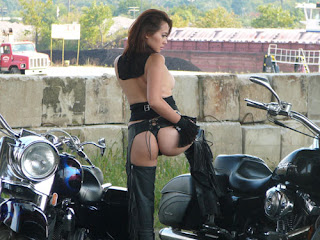 There’s a movement that I could really “get behind”. See what I did there? It’s because I’m clever.

These groups, because of their socially disadvantaged status, were able to successfully demand and obtain social change from the advantaged groups. As I’ve mentioned before, people working to change society in some way never use the motto, “Things are pretty good right now, but maybe they could be better” for this very reason. What’s even more impressive is that these groups were able to achieve change without initiating violence. Being seen as a victim legitimized their demands, eliminating a need for force. However, being seen a victim also has the power to help legitimize other behaviors that aren’t quite on the level of demanding equal rights. Being seen a victim can assistant in legitimizing otherwise non-legitimate behaviors as well, so now it’s time to abandon our discussion of pride for one’s sexual orientation and turn our focus towards quasi-thievery.

A recent paper by Gray and Wegner (2011) examined the link between how much someone is to be blamed for a misdeed as a result of their being painted as either more of a hero or more of a victim. Heroes are those who otherwise do good deeds, whereas victims are people who have had bad things happen to them. In the first experiment, subjects read a story about a fictitious character, George. In one case, George gets $100 from his paycheck stolen each week by his boss (victim); in a second case George gives $100 to charity each week (her); in a final case, he spends that $100 on normal purchases (neutral). In all stories, George sees a woman drop $10 and picks it up. Rather than returning it to the owner, George opts to keep the money. Subjects were asked to assess how much blame George deserves for keeping the money. The results indicated that hero George was blamed the most, followed by neutral George, while victim George got the least blame.

Maybe those results aren’t too surprising. Victim George got lots of money stolen from him, so maybe he deserved that money the woman dropped more than the other two. The second experiment in the paper looked at the question from a different angle. In this experiment, subjects read another story about two hypothetical people working as cooks. Among other things found in the story, one person was either described as having started a charity in college (hero), having been hit by a drunk driver in college, but had long since recovered (victim), or had worked in a hardware store (neutral). Later in the story, the cooks ignore a request for a peanut-free salad, almost killing a woman with an allergy to peanuts. The results indicated that people tended to blame heroes more than neutral parties, and blame neutral parties more than victims. It’s important to note here that the status of hero, victim, or neutral, was derived from a completely unrelated incident that happened years prior, yet it still had an effect in determining who was to blame.

In the final experiment, subjects read yet another story about a fictitious person, Graham. In the story, he is described in a number of ways, but at one point, he is described as either a hero (having worked at a charity), victim (again, hit by a drunk driver), or neutrally. Graham is then described as going through his morning routine, doing many normal things, and also picking up and keeping $10 he watched a woman drop at some point. Following the story, subjects did an unrelated task for a few minutes to distract them, and were then asked to recall five things about Graham. When it came to hero Graham, 68% of the participants listed that he had kept the $10 among the five items However, people only listed the keeping of the money incident 42% of the time in the victim condition. The quasi-theft was also listed sooner in the recalled list of the hero or neutral condition, relative to the victim one, suggesting that the misdeed stuck out less when the victim did it. 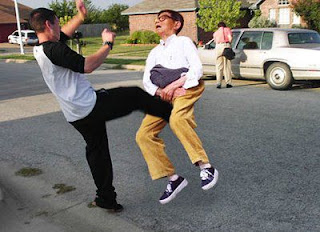 Man; victim Graham has really been milking that car accident for all it’s worth…

As part of the answer to the question posed by the title, it is useful to be seen as a victim to excuse a misdeed, even if you’re considered a victim for reasons completely unrelated to the current situation. Of course, it probably would only magnify the effect were those reasons related to the situation at hand. I would predict further that the degree to which one is seen as a victim would also be an important variable. The more “victim-y” someone is, the most justified their behavior and demands become. What this further suggests to me is that people are going to be biased in their perceptions of victimhood; they’re going to tend to see themselves as being greater victims than others would, and may go to great lengths to convince others of their victim status.

One point worth keeping in mind is that for a victim to exist, there needs to be a perpetrator. If the results of this research are any indication, that perpetrator will tend to be thought of – by the victim – as being relatively benefited in their life (being more hero-like). Indeed, we would probably expect to find a correlation between how privileged a perpetrator is seen as being and how victim-y their victim is. After all, if the perpetrator is also a victim, that would, to some extent, help excuse and justify their behavior; if the perpetrator’s behavior is somewhat excused, the victim of their actions becomes less of a victim. The results surrounding the people classed as “heroes” also sheds some light on why the, “I have friends who are [X], so I can’t be [X]ist” arguments don’t work. Making yourself sound benevolent towards a group may actively make you look worse; at the very least it probably won’t help make your case. It also helps explain oddities of other arguments, like why some people are quick to suggest that men are privileged in certain areas of society but will generally refuse to admit that anything resembling a female privilege exists. Some even going as far to suggest that women can’t be sexist, but men can. To admit that being a female brings benefits and being a man brings costs, depending on the situation, would be to weaken one’s victim status, and – by extension – your social sway. The same goes for admitting that one’s social group is quite capable of being nasty themselves. (Quick note: some people will point out that men are relatively disadvantaged sometimes, but they are only allowed to do so in an accepted fashion by keeping the perpetrator constant. “The Patriarchy hurts men too” is the compromise.)

While it may be annoying when people seem to actively compete for winner of the “biggest victim” award, or to be asked about obstacles you’ve overcome in life on college applications, understanding the relationship between victimhood status and legitimization of behavior helps to clarify why things like those happen. Being a victim can be a powerful tool in getting what you want when used successfully.

One comment on “When Is It Useful To Be A Victim?”