Back in March, I had discussed an argument put forth by Greg Cochran concerning his conclusion that sperm competition had no real impact on humans. For the sake of repetition, sperm competition is a context in which sperm from more than one male are present in a female’s reproductive tract during a period in which she might conceive; for humans, this often involves infidelity, but could also represent cases of non-committed double mating. In some sense, the sperm from different males can be thought of as different teams competing for the goal of fertilization of an egg. The metaphor isn’t perfect, but it should suit us well enough for the purposes of this discussion. In any case, in March’s post, I suggested the following:

Clearly, I’m not the only one with such ideas, as a recent study I came across by Pham et al (2014) put the first suggestion – that the frequency of sex might correlate with sperm competition risk – to the test. 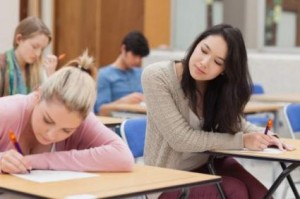 The paper begins by noting that the frequency of sex should contribute to a given male’s odds of winning this competition. The idea is pretty simple: more sex equals more viable sperm present in a female’s reproductive tract, and more viable sperm equals a higher probability of conception. It follows, then, that if a male perceives he is at a relatively high risk for sperm competition, we might expect his interest in engaging in sex with this partner to go up as a preemptive strike against non-paternity. The authors consider two factors which might correlate with the risk of sperm competition: a woman’s attractiveness and the number of opposite-sex friends or coworkers she has in her social circles. The former variable might play a role in that attractive women could be expected to draw proportionately more sexual attention or pursuit from males; the latter variable might matter because the larger the pool of males, the more overall interest a woman might receive. So, since more sexual interest equals more sperm competition risk, and since that risk can be mitigated by men by increasing the frequency of sex, we might expect that men should up-regulate their sexual interest in response to a perceived sperm competition risk.

To test this idea, Pham et al (2014) recruited approximately 400 men in committed relationships from a campus and community sample. These men were asked about their relationship length, their perceptions of their partner’s attractiveness, how many male friends and co-workers their partner had, and how often they had sex with their partner in the past week. Their analysis controlled for relationships length since, as almost anyone who has been in a relationship can attest to, the frequency of sex tends to decline over time. Predictable, this pattern also appeared in the results of the current study: men reported less sexual contact in the last week the longer they had been with their partner. There was also an effect of perceived partner attractiveness: the more attractive the men in the study thought their partner was, the more they report having sex in the last week as well. When it came to the risk of sperm competition – as indexed by the number of opposite sex individuals men perceived in their partner’s social circles – there was no effect on the frequency of sex. That is, whether the man reported their partners worked/were friends with few or many other men, there was no relationship to the frequency of sexual contact.

There was, however, a significant interaction between partner attractiveness and risk of sperm competition: when sperm competition risk was low, men with both high and low attractiveness partners reported the same frequency of sex in the last week: about 3 times. However, when the risk of sperm competition was high, men with attractive partners reported having sex about 4.5 times a week, whereas men with less attractive partners reported having sex about 1.5 times a week (though the absolute differences were about the same, only the former effect was significant). This would appear to be some evidence that is at least consistent with the idea that when men perceive there to be a higher risk of their partner having an affair with one or more other men (when other men are both present and interested), their interest in having sex with their partner increases. 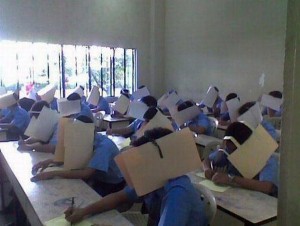 There are some limitations to the research, which the authors note. First, these reports came only from the men in the sample and it is possible that their perceived risk of sperm competition isn’t entirely accurate. Perhaps women worked/were friends with fewer (or more) men than their partner was aware of. The same could be said of the ratings of attractiveness. This is less of a problem than one might think, though, as we should expect men’s perceptions of their partner’s faithfulness – accurate or not – to predict how the men will subsequently react.

A second limitation is that no data was gathered on which member of the couple initiated the sex or was more interested in having it (though this is a tricky matter to get at). The authors note that it’s possible that women’s mating systems might be primed by receiving sexual attention, and this priming might in turn motivate them to have sex with their committed partner. In other words, the effect is driven less by male interest and more by female interest. While possible, I don’t think such a concern is necessarily warranted for two reasons: first, one could just as easily posit the opposite reaction. That is to say one might suggest that women receiving too much sexual attention might actually be disinclined from having sex, as most of the attention would likely be unwanted, priming the system towards inhibition.

The second reason is that even if sexual attention from other males did prime a woman to want to have sex, one might wonder about how such a system works. As noted above, most of this attention is likely going to be unwelcome, coming from less-than-desirable males. Accordingly, women with a cognitive system that functioned with some general-purpose goal like “increase desire for sex in the presence of attention” would likely be at an adaptive disadvantage, as it might cause women to make less-adaptive mating choices on the whole: attention from unwanted males should not necessarily influence how a woman responds to desired males. However, if such priming (provided it exists) instead directed the woman to have more sex with their in-pair partner specifically, one might again wonder as to why. There’s probably some optimal level of sexual frequency that balances trading off time spent having sex with a committed partner and time not spent doing other non-sexual things against conception probability, and using sexual attention received by other males as an input there wouldn’t seem to lead to better outcomes. However, such a mechanism could, at least in theory, function to assure her partner of his paternity, increasing his likelihood of investing in subsequent offspring. In that case, this mechanism would still owe its existence to sperm competition, albeit in a roundabout way. 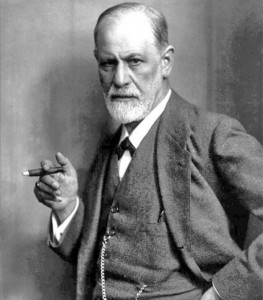 “Why does it always have to be about sex with you people? Why not just self-esteem?”

It’s findings like these that suggest to me that ruling out sperm competition as having a measurable impact on people’s behaviors and physiology would be premature. Yes, the non-paternity rate in humans is relatively low (it needs to be if investment in offspring by males is a thing), and yes, mechanisms for maintaining fidelity (like jealousy) might do a better job at keeping that rate low, relative to mechanisms for sperm competition. Better to deal with the cause of the problem than treat the symptoms. However, whether the mechanism for reducing the risk of sperm competition resulting in non-paternity are physiological (larger testicles) or psychological (increased desire for sex when risk of affairs is high) in nature, they could both be categorized as serving the same function and owing their existence to the same cause. Further work is certainly needed to better interpret findings like these, but, well, that’s kind of the point; writing off sperm competition as important precludes certain, possibly-useful avenues of research.