There’s an old joke that goes something like this: If a man wants to make a woman happy, it’s really quite simple. All he has to do is be a chef, a carpenter, brave, a friend, a good listener, responsible, clean, warm, athletic, attractive, tender, strong, tolerant, understanding, stable, ambitious, and compassionate. Men should also not forget to compliment a women frequently, give her attention while expecting little in return, give her freedom to do what she wants without asking too many questions, and love to go shopping with her, or at least support the habit. So long as a man does/is all those things, if he manages to never forget birthdays, anniversaries, or other important dates, he should be easily able to make a woman happy. Women, on the other hand, can also make men happily with a few simple steps: show up naked and bring beer. (For the unabridged list, see here). While this joke, like many great jokes, contains an exaggeration, it also manages to capture a certain truth: the qualities that make a man attractive to a woman seem to be a bit more varied than the qualities that make a woman attractive to a man. 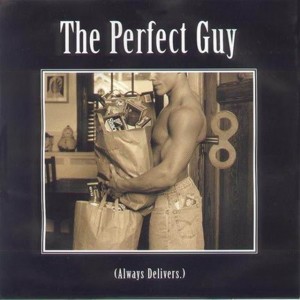 “Yeah; he’s alright, I guess. Could be a bit taller and richer…”

Even if men did value the same number of traits in women that women value in men, the two sexes do not necessarily value the same kinds of traits, or value them to the same degree (though there is, of course, frequently some amount of overlap). Given that men and women tend to value different qualities in one another, what should this tell us about the signals that each sex sends to appeal to the other? The likely answer is that men and women might end up behaving or altering their appearance in different ways when it comes to appealing to the opposite sex. As a highly-simplified example, men might tend to value looks and women might tend to value status. If a man is trying to appeal to women under such circumstance, it does him little good to signal his good looks, just as it does a woman no favors to try and signal her high status to men.

So when people start making claims about how one sex – typically women – are being “sexualized” to a much greater extent than the other, we should be very specific about what we mean by the term. A recent paper by Hatton & Trautner (2011) set forth to examine (a) how sexualized men and women tend to be in American culture and (b) whether that sexualization has seen a rise over time. The proxy measure they made use of for their analysis were about four decades worth of Rolling Stone covers, spanning from 1967 to 2009, as these covers contain pictures of various male and female cultural figures. The authors suggest that this research has value because of various other lines of research suggesting that these depictions might have negative effects on women’s body satisfaction, men’s negative attitudes about women, as well threatening to increase the amount of sexual harassment that women face. Somewhat surprisingly, in the laundry list of references attesting to these negative effects on women, there is no explicit mention of any possible negative effects on men. I find that interesting. Anyway…

As for the research itself, Hatton & Trautner (2011) examined approximately 1000 covers of Rolling Stone, of which 720 focused on men and 380 focused on women. The pictures were coded with respect to (a) the degree of nudity, from unrevealing to naked on a 6-point scale, (b) whether there was touching, from none to explicitly sexual on a 4-point scale, (c) pose, from standing upright to explicitly sexual on a 3-point scale, (d) mouth…pose (I guess), from not sexual to sexual on a 3-point scale, (e)  whether breasts/chest, genitals, or buttocks were exposed and/or the focal point of the image, all on 3-point scales, (f) whether the text on the cover line related to sex, (g) whether the shot focused on the head or the body, (h) whether the model was engaged in a sex act or not, and finally (i) whether there were hints of sexual role play suggested at. So, on the one hand, it seems like these pictures were analyzed thoroughly. On the other, however, consider this list of variables they were assessing and compare them to the initial joke. By my count, all of them appear to fall more on the end of “what makes men happy” rather than “what makes women happy”.

Images were considered to be “hypersexualized” if they scored 10 or more points (out of the possible 23), but only regular “sexualized” if they scored from 5 to 9 points. In terms of sexualization, the authors found that it appeared to be increasing over time: in the ’60s, 11% of men and 44% of women were sexualized; by the ’00s these rose to 17% and 89% respectively. So Hatton & Trautner (2011) concluded that men were being sexualized less than women overall, which is reasonable given their criteria. However, those percentages captured both the “sexualized” and “hypersexualized” pictures. Examining the two groups separately, the authors found that around 1-3% of men on the covers were hypersexualized in any given decade, whereas the comparable range for women was 6% to 61%. Not only did women tend to be sexualized more often, they also tended to sexualized to a great degree. The authors go so far as to suggest that the only appropriate label for such depictions of women were as sex objects.

The major interpretative problem that is left unaddressed by Hatton & Trautner (2011) and their “high-powered sociological lens”, of course, is that they fail to consider whether the same kinds of displays make men and women equally sexually appealing. As the initial joke might suggest, men are unlikely to win many brownie points with a prospective date if they showed up naked with beer; they might win a place on some sex-offender list though, which falls short of the happy ending they would have liked. Indeed, many of the characteristics highlighted in the list of ways to make a woman happy – such as warmth, emotional stability, and listening skills – are not quite as easily captured by a picture, relative to physical appearance. To make matters even more challenging for the interpretation of the authors, there is the looming fact that men tend to be far more open to offers of casual sex in the first place. In other words, there might about as much value to signaling that a man is “ready for sex” as there is to signaling that a starving child is “ready for food”. It’s something that is liable to be assumed already.

To put this study in context, imagine I was to run a similar analysis to the authors, but started my study with the following rationale: “It’s well known that women tend to value the financial prospects of their sexual partners. Accordingly, we should be able to measure the degree of sexualization on Rolling Stone covers by assessing the net wealth of the people being photographed”.  All I would have to do is add in some moralizing about how depiction of rich men is bad for poorer men’s self-esteem and women’s preferences in relationships, and that paper would be a reasonable facsimile to the current one. If this analysis found that the depicted men tended to be wealthier than the depicted women, this would not necessarily indicate that the men, rather than the women, were being depicted as more attractive mates. This is due to the simple, aforementioned fact, that we should expect an interaction between signalers and receivers. It doesn’t pay for a signaler to send a signal that the intended receiver is all but oblivious to: rather, we should expect the signals to be tailored to the details of the receptive systems it is attempting to influence. 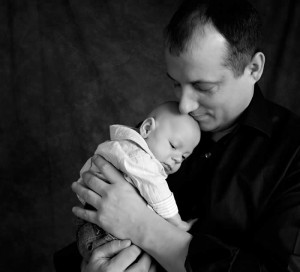 It seems that the assumptions made by the authors stacked the deck in favor of them finding what they thought they would. By defining sexualization in a particular way, they partially begged their way to their conclusion. If we instead defined sexualization in other ways that considered variables beyond how much or what kind of skin was showing, we’d likely come to different conclusions about the degree of sexualization. That’s not to say that we would find an equal degree of it between the sexes, mind you, but it would be a realization that there are many factors that can go into making someone sexually attractive which are not always able to be captured in a photo. We’ve seen complaints of sexualization like these leveled against the costumes that superheroes of various sexes tend to wear, and the same oversight is present in them as well. Unless the initial joke would work just as well if the sexes were reversed, these discussions will require more nuance concerning sexualization to be of much profitable use.

References: Hatton E. & Trautner, M. (2011). Equal opportunity objectification? The sexualization of men and women on the cover of Rolling Stone. Sexuality and Culture, 15, 256-278.