A topic I’ve been giving some thought to lately concerns the following question: are our moral judgments consequentialist or nonconsequentialist? As the words might suggest, the question concerns to what extent our moral judgments are based in the consequences that result from an action or the behavior per se that people engage in. We frequently see a healthy degree of inconsistency around the issue. Today I’d like to highlight a case I came across while rereading The Blank Slate, by Steven Pinker. Here’s part of what Steven had to say about whether any biological differences between groups could justify racism or sexism:

“So could discoveries in biology turn out to justify racism and sexism? Absolutely not! The case against bigotry is not a factual claim that humans are biologically indistinguishable. It is a moral stance that condemns judging an individual according to the average traits of certain groups to which the individual belongs.”

This seems like a reasonable statement, on the face of it. Differences between groups, on the whole, does not necessarily mean any differences on the same trait between any two given individuals. If a job calls for a certain height, in other words, we should not discriminate against women just because men tend to be taller. That average difference does not mean that many men and women are the not same height, or that the reverse relationship never holds. 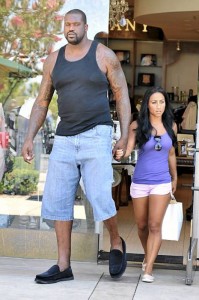 Even if it generally does…

Nevertheless, there is something not entirely satisfying about Steven’s position, namely that people are not generally content to say “discrimination is just wrong“. People like to try and justify their stance that it is wrong, lest the proposition be taken to simply be an arbitrary statement with no more intrinsic appeal than “trimming your beard is just wrong“. Steven, like the rest us, thus tries to justify his moral stance on the issue of discrimination:

“Regardless of IQ or physical strength or any other trait that can vary, all humans can be assumed to have certain traits in common. No one likes being enslaved. No one likes being humiliated. No one likes being treated unfairly, that is, according to traits that the person cannot control. The revulsion we feel toward discrimination and slavery comes from a conviction that however much people vary on some traits, they do not vary on these.”

Here, Steven seems to be trying to have his nonconsequentialist cake and eat it too*. If the case against bigotry is “absolutely not” based on discoveries in biology or a claim that people are biologically indistinguishable, then it seems peculiar to reference biological facts concerning some universal traits to try and justify one’s stance. Would the discovery that certain people might dislike being treated unfairly to different degrees justify doing so, all else being equal? If it would, the first quoted idea is wrong; if it would not, the second statement doesn’t make much sense. What is also notable about these two quotes is that they are not cherry-picked from difference sections of the book; the second quote comes from the paragraph immediately following the first. I found their juxtaposition is rather striking.

With respect to the consequentialism debate, the fact that people try to justify their moral stances in the first place seems strange from a nonconsequentialist perspective: if a behavior is just wrong, regardless of the consequences, then it needs no explanation. or justification. Stealing, in that view, should be just wrong; it should matter who stole from who, or the value of the stolen goods. A child stealing a piece of candy from a corner store should be just as wrong as an adult stealing a TV from Best Buy; it shouldn’t matter that Robin Hood stole from the rich and gave to the poor, because stealing is wrong no matter the consequences and he should be condemned for it. Many people would, I imagine, agree that not all acts of theft are created equal though. On the topic of severity, many people would also agree that murder is generally worse than theft. Again, from a nonconsequentialist perspective, this should only be the case for arbitrary reasons, or at least reasons that have nothing at all to do with the fact that murder and theft have different consequences. I have tried to think of what those other, nonconsequentialist reasons might be, but I appear to suffer from a failure of imagination in that respect.

Might there be some findings that one might ostensibly support the notion that moral judgments are, at least in certain respects, nonconsequentialist? Yes; in fact there are. The first of these are a pair of related dilemmas known as the trolley and footbridge dilemmas. In both contexts one life can be sacrificed so that five lives are saved. In the former dilemma, a train heading towards five hikers can be diverted to a side track where there is only a single hiker; in the latter, a train heading towards five hikers can be stopped by pushing a person in front of it. In both cases the welfare outcomes are identical (one dead; five not), so it seems that if moral judgments only track welfare outcomes, there should be no difference between these scenarios. Yet there are: about 90% of people will support diverting the train, and only 10% tend to support pushing (Mikhail, 2007). This would certainly be a problem for any theory of morality that claimed the function of moral judgments more broadly is to make people better off on the whole. Moral judgments that fail to maximize welfare would be indicative of poor design for such a function. 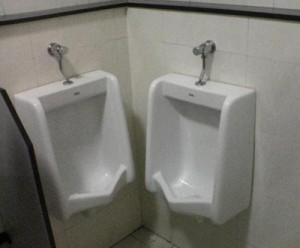 Like how this bathroom was poorly optimized for personal comfort.

There are concerns with the idea that this finding supports moral nonconsequentialism, however: namely, the judgments of moral wrongness for pushing or redirecting are not definitively nonconsequentialist. People oppose pushing others in front of trains, I would imagine, because of the costs that pushing inflicts on the individual being pushed. If the dilemma was reworded to one in which acting on a person would not harm them but save the lives of others, you’d likely find very little opposition to it (i.e. pushing someone in front a train in order to send a signal to the driver, but with enough time so the pushed individual can exit the track and escape harm safely). This relationship holds in the trolley dilemma: when an empty side track is available, redirection to said track is almost universally preferred, as might be expected (Huebner & Hauser, 2011).  One who favors the nonconsequentialist account might suggest that such a manipulation is missing the point: after all, it’s not that pushing someone in front a train is immoral, but rather that killing someone is immoral. This rejoinder would seem to blur the issue, as it suggests, somewhat confusingly, that people might judge certain consequences non-consequentially. Intentionally shooting someone in the head, in this line of reasoning, would be wrong not because it results in death, but because killing is wrong; death just so happens to be a necessary consequence of killing. Either I’m missing some crucial detail or distinction seems unhelpful, so I won’t spend anymore time on it.

Another matter of evidence touted as evidence of moral nonconsequentialism is the research done on moral dumbfounding (Haidt et al, 2000). In brief, research has found that when presented with cases where objective harms are absent, many people continue to insist that certain acts are wrong. The most well-known of these involves a bother-sister case of consensual incest on a single occasion. The sister is using birth control and the brother wears a condom; they keep their behavior a secret and feel closer because of it. Many subjects (about 80%) insisted that the act was wrong. When pressed for an explanation, many initially referenced harms that might occur as a result, those these harms were always countered by the context (no pregnancy, no emotional harm, no social stigma, etc). From this, it was concluded that conscious concerns for harm appear to represent post hoc justifications for an intuitive moral intuition.

One needs to be cautious in interpreting these results as evidence of moral nonconsequentialism, though, and a simple example would explain why. Imagine in that experiment what was being asked about was not whether the incest itself was wrong, but instead why the brother and sister pair had sex in the first place. Due to the dual contraceptive use, there was no probability of conception. Therefore, a similar interpretation might say, this shows that people are not consciously motivated to have sex because of children. While true enough that most acts of intercourse might not be motivated by the conscious desire for children, and while the part of the brain that’s talking might not have access to information concerning how other cognitive decision rules are enacted, it doesn’t mean the probability of conception plays no role shaping in the decision to engage in intercourse; despite what others have suggested, sexual pleasure per se is not adaptive. In fact, I would go so far as to say that the moral dumbfounding results are only particularly interesting because, most of the time, harm is expected to play a major role in our moral judgments. Pornography manages to “trick” our evolved sexual motivation systems by providing them with inputs similar to those that reliably correlate with the potential for conception; perhaps certain experimental designs – like the case of brother-sister incest – manage to similarly “trick” our evolved moral systems by providing them with inputs similar to those that reliably correlated with harm. 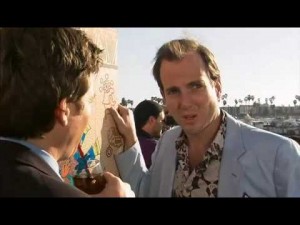 Or illusions; whatever your preferred term is.

In terms of making progress the consequentialism debate, it seems useful to do away with the idea that moral condemnation functions to increase welfare in general: not only are such claims clearly empirically falsified, they could only even be plausible in the realm of group selection, which is a topic we should have all stopped bothering with long ago. Just because moral judgments fail the test of group welfare improvement, however, it does not suddenly make the nonconsequentialist position tenable. There are more ways of being consequentialist than with respect to the total amount of welfare increase. It would be beneficial to turn our eye towards considering strategic welfare consequences that likely to accrue to actors, second parties, and third parties as a result of these behaviors. In fact, we should be able to use such considerations to predict contexts under which people should flip back and forth from consciously favoring consequentialist and nonconsequentialist kinds of moral reasoning. Evolution is a consequentialist process, and we should expect it to produce consequentialist mechanisms. To the extent we are not finding them, the problem might owe itself more to a failure of our expectations for the shape of these consequences than an actual nonconsequentialist mechanism.

I am certainly sympathetic to such arguments and, as usual, Steven’s views on the topic are more nuanced than the these quotes alone are capable of displaying. Steven does, in fact, suggest that all good justifications for moral stances concern harms and benefits. Those two particular quotes are only used to highlight the frequent inconsistencies between people’s stated views.