Despite what a small handful of detractors have had to say, inclusive fitness theory has proved to be one of most valuable ideas we have for understanding much of the altruism we observe in both human and non-human species. The basic logic of inclusive fitness theory is simple: genes can increase their reproductive fitness by benefiting other bodies that contain copies of them. So, since you happen to share 50% of your genes in common by descent with a full sibling, you can, to some extent, increase your own reproductive fitness by increasing theirs. This logic is captured by the deceptively-tiny formula of rb > c. In English, rather than math, the formula states that altruism will be favored so long as the benefit delivered to the receiver, discounted by the degree of relatedness between the two, is greater than the cost to the giver. To use the sibling example again, altruism would be favored by selection if the the benefit you provided to a full sibling increased their reproductive success by twice as much (or more) than it cost you to give even if there was zero reciprocation. 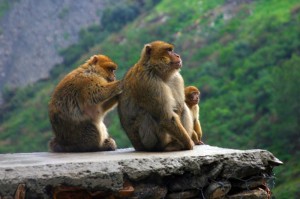 While this equation highlights why a lot of “good/nice” behaviors are observed – like childcare – there’s a darker side to this equation as well. By dividing each side of the inclusive fitness equation by r, you get this: b > c/r. What this new equation highlights is the selfish nature of these interactions: relatives can be selected to benefit themselves by inflicting costs on their kin. In the case of full siblings, I should be expected to value my benefiting twice as much, relative to theirs; for half siblings, I should value myself four-times as much, and so on. Let’s stick to full-siblings for now, just to stay consistent. Each sibling within a family should, all else being equal, be expected to value itself twice as much as they value any other sibling. The parents of these siblings, however, see things very differently: from the perspective of the parent, each of these siblings is equally related to them, so, in theory, they should value each of these offspring equally (again, all else being equal. All else is almost never equal, but let’s assume it is to keep the math easy).

This means that parents should prefer that their children act in a particular way: specifically, parents should prefer their children to help each other when the benefit to one outweighs the cost to the other, or b > c. The children, on the other hand, should only wish to behave that way when the benefit to their sibling is twice the cost of themselves, or 2b > c. This yields the following conclusion: how parents would like their children to behave does not necessarily correspond to what is in the child’s best fitness interests. Parents hoping to maximize their own fitness have different best interests from the children hoping to maximize theirs. Children who behave as their parents would prefer would be at a reproductive disadvantage, then, relative to children who were resistant to such parental expectations. This insight was formalized by Trivers (1974) when he wrote:

“…an important feature of the argument presented here is that offspring cannot rely on parents for disinterested guidance. One expects the offspring to be pre-programmed to resist some parental teachings while being open to other forms. This is particularly true, as argued below, for parental teachings that affects the altruistic and egoistic tendencies of the offspring.” (p. 258)

While parents might feel as if they only acting in the best interests of their children, the logic of inclusive fitness suggests strongly that this feeling might represent an attempt at manipulating others, rather than a statement of fact. To avoid the risk of sounding one-sided, this argument cuts in the other direction as well: children might experience their parent’s treatment of them as being less-fair than it actually is, as each child would like to receive twice the investment that parents should be willing to give naturally. The take-home message of this point, however, is simply that children who were readily molded by their parents should be expected to have reproduced those tendencies less, relative to children who were not so affected. In some regards, children should be expected to actively disregard what their parents want for them. 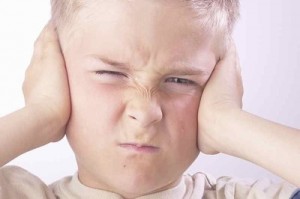 “My parents want me to brush my teeth. They’re such fascists sometimes.”

There are other reasons to expect that parents should not tend to leave lasting impressions on their children’s eventual personalities. One of those very good reasons also has to do with the inclusive fitness logic laid out initially: because parents tend to be 50% genetically related to their children, parents should be expected to invest in their children fairly heavily, relative to non-children at least. The corollary to this idea is that non-parents of the child should be expected to treat them substantially different than their parents do. This means that a child should be relatively unable to learn what counts as appropriate behavior towards others more generally from their interactions with their parents. Just because a proud parent has hung their child’s scribbled artwork on the household refrigerator, it doesn’t mean that anyone else will come to think of the child as a great artist. A relationship with your parents is different than a relationship with your friends which is different from a sexual relationship in a great many ways. Even within these broad classes of relationships, you might behave differently with one friend than you do with another.

We should expect our behavior around these different individuals to be context-specific. What you learn about one relationship might not readily transfer to any other. Though a child might be unable to physically dominate their parents, they might be able to dominate their peers; some jokes might be appropriate amongst friends, but not with your boss. Though some of what you learn about how to behave around your parents might transfer to other situations (such as the language you speak, if your parents happen to speakers of the native tongue), it also may not. When it does not transfer, we should expect children to discard what they learned about how to behave around their parents in favor of more context-appropriate behaviors (indeed, when children find their parents speak a different language than their peers, the child will predominately learn to speak as their peers do; not their parents). While a parent’s behavior should be expected to influence how that child behaves around that parent, we should not necessarily expect it to influence the child’s behavior around anyone else.

It should come as little surprise, then, that being raised by the same parents doesn’t actually tend to make children any more similar with respect to their personality than being raised by different ones. Tellegan et al (1988) compared 44 identical twin (MZ) pairs raised apart with 217 identical twins reared together, along with 27 fraternal twins (DZ) reared apart and 114 reared together. In terms of their personality measures, the MZ twins were far more alike than the DZ twins,  as one would expect from their shared genetics. When it came to the personality measures, however, MZ twins reared together were more highly correlated on 7 of the measures, while those reared apart were more highly correlated on 6 of them. In terms of the DZ twins, those reared together were higher on 9 of the variables, whereas those reared apart were higher on the remaining 5. The size of these differences when they did exist was often exceedingly small, typically amounting to a correlation difference of about 0.1 between the pairs, or 1% of the variance. 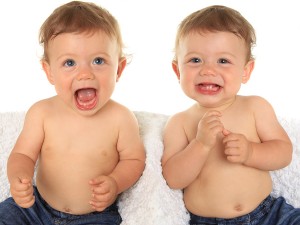 Pick the one you want to keep. I’d recommend the cuter one.

Even if twins reared together ended up being substantially more similar than twins reared apart – which they didn’t – this would still not demonstrate that parenting was the cause of that similarity. After all, twins reared together tend to share more than their parents; they also tend to share various aspects of their wider social life, such as extended families, peer groups, and other social settings. There are good empirical and theoretical reasons for thinking that parents have less of a lasting effect on their children than many often suppose. That’s not to say that parents don’t have any effects on their children, mind you; just that the effects that they have ought to be largely limited to their particular relationship with the child in question, barring the infliction of any serious injuries or other such issues that will transfer from one context to another. Parents can certainly make their children more or less happy when they’re in each others presence, but so can friends and more intimate partners. In terms of shaping their children’s later personality, it truly takes a village.