Recently, Edge.org posed it’s yearly question to a number of different thinkers who were given 1,000 words or less to provide their answer. This year, the topic was, “What scientific idea is ready for retirement?” and responses were received from about 175 people. This question appeared to come on heels of a quote by Max Planck, who suggested at one point that new ideas tend to gain their prominence not through actively convincing their opponents that they are correct, but rather when those who hold to alternative ideas die off themselves. Now Edge.org did not query my opinion on the matter (and the NBA has yet to draft me, for some unknowable reason), so I find myself relegated to the side-lines, engaging in the always-fun past time of lobbing criticisms at others. Though I did not read through all the responses – as many of them fall outside of my area of expertise and I’m already suffering from many demands for my time that are a bit more pressing – I did have some general reactions to some of the answers people provided to this question. 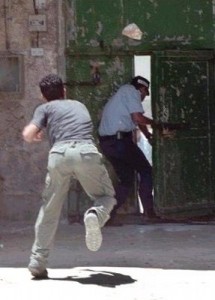 Sticks and stones can break their bones? Good enough for me.

The first reaction I had is with respect to the question itself. Planck was likely onto something when he noted that ideas are not necessarily accepted by others owing to their truth value. As I have discussed a few times before, there are, in my mind, anyway, some pretty compelling reasons for viewing human reasoning abilities as something other than truth-finders: first, people’s ability to successfully reason about a topic often hinges heavily on the domain in question. Whereas people are skilled reasoners when it comes to social contracts, they are poor at reasoning about more content-neutral domains. In that regard, there doesn’t seem to be a general-purpose reasoning mechanism that works equally well in all scenarios. Second, people’s judgements of their performance on tasks of reasoning abilities are often relatively uncorrelated with their actual performance. Most people appear to rate their performance in line with how easy or difficult a task felt, and, in some cases, being wrong happens to feel a lot like being right. Third, people are often found to ignore or find fault with evidence that doesn’t support their view, but will often accept evidence that does fit with their beliefs much less critically. Importantly, this seems to hold when the relative quality of the evidence in question is held constant. Having a WEIRD sample might be a problem for a study that reaches a conclusion unpalatable to the person assessing it, but is unlikely to be mentioned if the results are more agreeable.

Finally, there are good theoretical reasons for thinking that reasoning can be better understood by positing that it functions to persuade others, rather than to seek truth per se. This owes itself to the fact that being right is not necessarily always the most useful thing to be. If I’m not actually going to end up being successful in the future, for instance, it still might pay for me to try and convince other people that my prospects are actually pretty good so they won’t abandon me like the poor investment I am. Similarly, if I happen to advocate a particular theory that most of my career is built upon, abandoning that idea because it’s wrong could mean doing severe damage to my reputation and job prospects. In other words, there are certain ways that people can capture benefits in the social world by convincing others of untrue things. While that’s all well and good, it would seem to frame the Edge question is a very peculiar light: we might expect that people – those who responded to the Edge’s question included – tend to advocate that certain ideas should be relinquished, but their motivations and reasons (conscious or otherwise) for making that suggestion are based in many things which are not the idea’s truth value. As the old quote about evolution goes, “Let’s hope it is not true. But if it is true, let’s pray that it doesn’t become widely known”.

As an example, let’s consider the reply from Matt Ridley, who suggests that Malthus’ ideas on population growth were wrong. The basic idea that Malthus had was that resources are finite, and that populations, if unchecked, would continue to grow to the point that people would eventually live pretty unhappy lives, owing to the scarcity of resources relative to the size of the population. There would be more mouths wanting food than available food, which is a pretty unsatisfactory way to live life. Matt states, in his words, that “Malthus and his followers were wrong, wrong, wrong”. Human ingenuity has helped come to the rescue, and people have been becoming better and better at using the available resources in more efficient manners. The human population has continued to grow, often unchecked by famine (at least not in most first world nations). If anything, many people have access to too much food, leading to wide-spread obesity. While all this is true enough, and Malthus appeared to be wrong with respect to certain specifics, one would be hard-pressed to say that the basic insights themselves are worthy of retirement. For starters, human population growth has often come at the expense of many other species, plant and animal alike; we’ve made more room for ourselves not just by getting better at using what resources we do have, but by ensuring other species can’t use them either.

As it turns out, dead things are pretty poor competition for us.

Not only has our expansion has come at the expense of other species that find themselves suddenly faced with a variety of scarcities, but there’s also no denying that population growth will, at some point, be checked by resource availability. Given that humans are discovering new ways of doing things more efficiently than we used to, we might not have hit that point yet and we might not hit it for some time. It does not follow, however, that such a point does not, at least in principle, exist. While there is no theoretical upper limit on the number of people which might exist, the ability of human ingenuity to continuously improve the ability of our planet to support all those people is by no means a guarantee. While technology has improved markedly since the time of Malthus, there’s no telling how long such improvements will be sustained. Perhaps technology could continue to improve infinitely, just as populations can grow if unconstrained, but I wouldn’t bet on it. While Malthus might have been wrong about some details, I would hesitate to find his underlying ideas a home on a golf course close to the beach.

Another reply which stood out to me came from Martin Nowak. I have been critical of his ideas about group selection before, and I’m equally as critical of his answer to the Edge question. Nowak wants to prematurely retire the 50 year old idea of inclusive fitness: the idea that genes can benefit themselves by benefiting various bodies that contain copies of them, discounted by the probability of their being in that other body.  Nowak seems to want to retire the concept for two primary reasons: first, he suggests it’s mathematically inelegant. In the process of doing so, Nowak appears to insinuate that inclusive fitness represents some special kind of calculation that is both (a) mathematically impossible and (b) identical to calculations derived from standard evolutionary fitness calculations. On this account, Nowak seems to be confused: if the inclusive fitness calculations lead to the same outcome as standard fitness calculations, then there’s either something impossible about standard evolutionary theory (there isn’t), or inclusive fitness isn’t some special kind of calculation (it isn’t).

Charitable guy that Nowak is he does mention that the inclusive fitness approach has generated a vast literature of theoretically and empirically useful findings. Again, this seems strange if we’re going to take him at his word that the idea obviously wrong and one that should be retired. If it’s still doing useful work, retirement seems premature. Nowak doesn’t stop there, though: he claims that no one has empirically tested inclusive fitness theory because researchers haven’t been making precise fitness calculations in wild populations.This latter criticism is odd on a number of fronts. First, it seems to misunderstand the type of evidence that evolutionary researchers look for, which is evidence of special design; counting offspring directly is often not terribly useful in that regard. The second issue I see with that suggestion is that, perhaps ironically, Nowak’s favored alternative – group selection – has yet to make a single empirical prediction that could not also be made by an inclusive fitness approach (though inclusive fitness theorizing has successfully generated and supported many predictions which group selection cannot readily explain). Of all of Nowak’s work I have come across, I haven’t found an empirical test in any of his papers. Perhaps they exist, but if he is so sure that inclusive fitness theory doesn’t work (or is identical to other methods), then demonstrating so empirically should be a cake walk for him. I’ll eagerly await his research on that front. 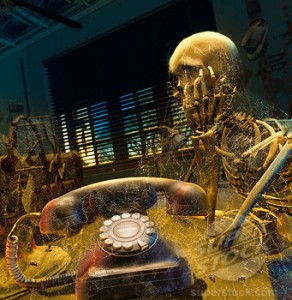 I’m sure they’ll be here any day now…

While this only scratches the surface of the responses to the question, I would caution against retiring many of the ideas that were singled out in the answer section. Just as a general rule, ideas in science should be retired, in my mind, when they can be demonstrated without (much of) a doubt to be wrong and to seriously lead people astray in their thinking. Even then, it might only require us to retire an underlying assumption, rather than the core of the idea itself. Saying that we should retire inclusive fitness “because no one ever really tested it as I would like” is a poor reason for retirement; retiring the ideas of Malthus because we aren’t starving in the streets at the moment also seems premature. Instead of talking about what ideas should be retired wholesale, a better question would be to consider, “what evidence would convince you that you’re mistaken, and why would that evidence do so?” Questions like that not only help ferret out problematic assumption, but they might also help make useful forward momentum empirically and theoretically. Maybe the Edge could consider some variant of that question for next year.

2 comments on “Which Ideas Are Ready To Go To Florida?”