Jack is your average, single man. Like many single men, Jack might be said to have an interest in getting laid. There are a number of women – and let’s just say they all happen to be called Jill – that he might attempt to pursue to achieve that goal. Now which of these Jills Jack will pursue depends a number of factors: first, is Jack looking for something more short-term and causal, or is he looking for a long-term relationship? Jack might want to consider whether or not any given Jill is currently single, known for promiscuity, or attractive, regardless of which type he’s looking for. If he’s looking for something more long-term, he might also want to know more about how intelligent and kind all these Jills are. He might also wish to assess how interested each of the Jills happens to be in him, given what he offers, as he might otherwise spend a lot of time pursuing sexual dead-ends. If he really wanted to make a good decision, though, Jack might also wish to take into account whether or not he happened to have been scared at the time he met a given Jill, as his fear level at the time is no doubt a useful piece of information. 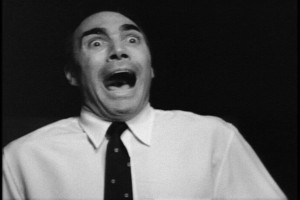 OK; so maybe that last piece sounded a bit strange. After all, it doesn’t seem like Jack’s experience of fear tells him anything of value when it comes to trying to find a Jill: it doesn’t tell him anything about that Jill as a suitable mate or the probability that he will successfully hook up with her. In fact, by using his level of fear to an unrelated issue to try and make a mating decision, it seems Jack can only make a worse decision than if he did not use that piece of information (on the whole, anyway; his estimates of which Jill(s) are his best bet to pursue might not be entirely accurate, but they’re at least based on otherwise-relevant information). Jack might as well make his decision about who to pursue on the basis of whether he happened to be hungry when he met them or whether it was cloudy that day. However, what if Jack – or some part of Jack’s brain, more precisely – mistook the arousal he felt when he was afraid for sexual attraction?

There’s an idea floating around in some psychological circles that one can, essentially, misplace their arousal (perhaps in the way one misplaces their keys: you think you left them on the steps, but they’re actually in your coat pocket). What this means is that someone who might be aroused due to fear might end up thinking they’re actually rather attracted to someone else instead, because both of those things – fear and sexual attraction – involve physiological arousal (in the form of things like an increased heart rate); apparently, physiological arousal is pretty vague and confusing thing for our brains. One study purporting to show this effect is a classic paper covered in many psychological textbooks: Dutton & Aron (1974). In the most famous experiment of the study, 85 men were approached by a confederate (either a man or a woman) after crossing a fear-inducing bridge or a non-fear-inducing bridge. The men were given a quick survey and asked to write a short story about an ambiguous image of a woman, after which the confederate provides the men with their number if they want to call and discuss the study further. The idea here is that the men might call if they were interested in a date, rather than the study, which seems reasonable.

When the men’s stories were assess for sexual content, those who had crossed the fear-inducing bridge tended to write stories containing more sexual content (M = 2.47 out of 5) compared to when they crossed the non-fear-inducing bridge (M = 1.41). However, this was only the case when the confederate was female; when a male confederate was administering the questions, there was no difference between the two condition in terms of sexual content (M = 0.8 and 0.61, respectively). Similarly, the male subjects were more likely to call the confederate following the interaction when crossing the fear bridge (39%), relative to the non-fear bridge (9%). Again, this difference was only significant when the confederate was a female; male confederates were called at the same rate (8% and 4.5%, respectively).  Dutton & Aron (1974) suggest that these results were consistent with a type of “cognitive relabeling”, where the arousal from fear becomes reinterpreted by the subjects as sexual attraction. The authors further (seem to, anyway) suggest that this relabeling might be useful because anxiety and fear are unpleasant things to feel, so by labeling them as sexual attraction, subjects get to feel good things (like horny) instead. 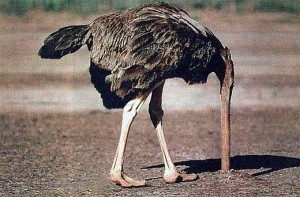 “There we go; much better”

These explanations – that the mind mistakes fear arousal for sexual arousal, and that this is useful because it makes people feel good – are both theoretically deficient, and in big ways. To understand why with a single example, let’s consider a hiker out in the wood who encounters a bear. Now this bear is none-too-happy to see the hiker and begins to charge at him. The hiker will, undoubtedly, experience a great deal of physiological arousal. So, what would happen if the hiker mistook his fear for sexual interest? At best, he would end up achieving an unproductive copulation; at worse, he would end up inside the bear, but not in the way he might have hoped. The first point to this example, then, is that the appropriate responses to fear and sexual attraction are quite different: fear should motivate you to avoid, escape, or defend against a threat, whereas sexual attraction should motivate you to more towards the object of your desires instead. Any cognitive system that could easily blur the lines between these two (and other) types of arousal would appear to be at a disadvantage, relative to one that did not make such mistakes. We would end up running away from our dates into the arms of bears. Unproductive indeed.

The second, related point is that feeling good per se does not do anything useful. I might feel better if I never experienced hunger; I might also starve to death, despite being perfectly content about the situation. As such, “anxiety-reduction” is not even a plausible function for this ostensible cognitive relabeling. If anxiety reduction were a plausible function, one would be left wondering why people bothered to feel anxiety in the first place: it seems easier to not bother feeling anxiety than to have one mechanism that – unproductively – generates it, and a second which quashes it. What we need here, then, is an entirely different type of explanation to understand these results; one that doesn’t rely on biologically-implausible functions or rather sloppy cognitive design. To understand what that explanation might look like, we could consider the following comic: 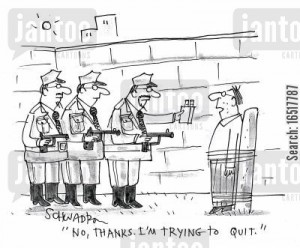 “I will take a prostitute, though, if you happen to have one…”

The joke here, obviously, is that the refusal of a cigarette prior to execution by firing squad for health reasons is silly; it only makes sense to worry about one’s health in the future if there is a future to worry about. Accordingly, we might predict that people who face (or at least perceive) uncertainty about their future might be less willing to forgo current benefits for future rewards. That is, they should be more focused on achieving short-term rewards: they might be more likely to use drugs, less likely to save money, less likely to diet, more likely to seek the protection of others, and more likely to have affairs if the opportunity arose. They would do all this not because they “mistook” their arousal from fear about the future for sexual attraction, pleasant tastes, friendship, and fiscal irresponsibility, but rather because information about their likely future has shifted the balance of preexisting cost/benefit ratios in favor of certain alternatives. They know that the cigarette would be bad for their future health, but there’s less of a future to worry about, so they might as well get the benefits of smoking while they can.

Such an explanation is necessarily speculative and incomplete (owing to this being a blog and not a theory piece), but it would certainly begin to help explain why people in relationships don’t seem to “mistake” their arousal from riding a roller-coaster for heightened levels of stranger attractiveness the way single people do (Meston & Frohlich, 2003). Not only that, but those in relationships didn’t rate their partners as any more attractive either; in fact, if anything, the aroused roller-coaster riders in committed relationships rated their partners as slightly less attractive, which might represent a subtle shift in one’s weighing of an existing cost/benefit ratio (related to commitment, in this case) in the light of new information about the future. Then again, maybe people in relationships are just less likely to misplace their arousal than single folk happen to be…

References: Dutton, D. & Aron, A. (1974). Some evidence for heightened sexual attraction under conditions of high anxiety. Journal of Personality and Social Psychology, 30, 510-517.

2 comments on “Where Did I Leave My Arousal?”