In the language of biology, race has no hard definition. The most basic taxonomic classification that we as humans get without resorting to “eyeballin’ it” is species, the most frequently referred to definition being: a group of organisms capable of interbreeding and producing fertile offspring. All races of humans definitely fall into the same species category (if they didn’t, we’d hardly be calling ourselves humans). Additionally, in terms of our cognitive functioning, it’s unlikely that people were ever selected to encode the races of other people, given that they were not likely to travel far enough to ever really encounter someone of a different race (Kurzban, Tooby, & Cosmides, 2001), not to mention the matter of what selective advantages the coding of other races would bring being unanswered.

So surely that means race is simply an arbitrary social construct with no real underlying differences between groups, right? Well… 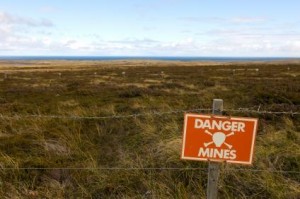 “Have fun with that, buddy. I’m going to sit this one out.”

The answer is both a “yes” and a “no”, but we’ll get to that in a minute. Let’s return to that definition of a species first. There is a hypothetical population of mice (A1), all from the same area of the world. Half of that population is randomly selected and moved to a new area (A2), so the two groups are reproductively isolated. It’s unlikely to two groups of mice will evolve in the same direction, as each group will have to deal with different selection pressures and drift. Let’s further say that each generation, you took a sample of mice from A1 and A2 and attempted to breed them, to see if they produced viable offspring. Turns out they do, leaving you quite unsurprised and able to publish your results in “who cares?” monthly . If you continued this experiment long enough, eventually you’d find that some percentage of the mice from the two groups would probably fail to successfully produce viable offspring.

In the span of a single generation then, two groups that used to be the same species would then not (all) be the same species anymore. That wouldn’t happen because of any one sudden change, but would occur because of genetic differences that had been accumulating over time. This suggests that while there is less agreement over what counts as a race, relative to a species, the concept itself need not be discarded despite its fuzziness; it may actually refer to something worth considering, as evolution doesn’t share our penchant for neat and tidy categorization. The example also demonstrates that the term species is not without ambiguity itself, despite it’s clear definition. Consider that all the mice in A1 could successfully reproduce with all the other A1 mice (A1 = A1), all the A2 mice with other A2 mice (A2 = A2), but only a certain percentage of A1s could reproduce with A2s (some A1 = A2 and some other A1 =/= A2). This means that some of the A1 mice could be considered an identical and/or separate species from the A2 mice, depending on your frame of reference. (Another way of putting this would be that the difference between statistically significant and not statistically significant itself is not significant.)

Try to organize these by color, then tell me the exact moment one color transitions to another.

Now, obviously, it hasn’t even come close to that point when it comes to race in people. All humans are still very much the same species, and the degree of genetic diversity between individuals is rather small compared to chimps (Cosmides, Tooby, and Kurzban, 2003). The more general point is that just because that is true, and just because the definition of race generally amounts to an “I know it when I see it”, it doesn’t mean there are no genetic differences between races worth considering (contingent, of course, upon how one defines race, in all its fuzziness).

It is also important to keep in mind that percentage of genetic difference per se does not determine the effect those differences will have. For instance, Cosmides, Tooby, and Kurzban (2003) note:

On the same token, the variance in height between the average man and the average women (a few inches) is less than the variance in height within genders (a few feet). I don’t find such statements terribly useful. Sure, the statements may be matters of fact and they may tell us we share a lot more than we don’t, but they in no way speak to the differences that do exist. Men are taller than women overall, and that needs an explanation. Put another way, humans share more – much more – of their DNA with chimpanzees, relative to the amount they do not share. However, the amount they don’t share does not cease to be relevant because of that fact. 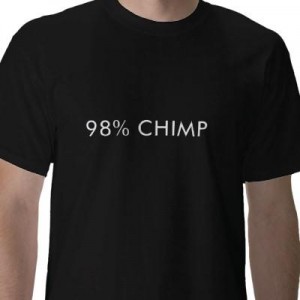 The real question is in what domains do different groups tend to differ from each other and what are the extent of those differences? Are those differences in terms of mean values or variances of a trait? Are they confined to non-psychological factors, like skin and hair color? I will admit near complete ignorance of what an answers to those questions would look like, nor do I feel they’d be particularly easy to obtain in many cases. Some examples could include issues of lactose intolerance among certain populations, sickle cell anemia in others, and the odd fact that while rates of identical twinning tend to be constant across races, the rates of dizyogtic twinning can range from as low as 1/330 in Asian populations to 1/63 among African populations (Segal, 2000). However, the point of this post was not to answer those questions; rather, the point was to demonstrate that such questions need not be immediately shunned because of the definitional issues (of which there are, to restate, plenty of) and political implications that come with the term race.

So while race may be a term that gets an arbitrary or subjective definition across different contexts and people, and while individuals differ more than races do, that does not imply that such a term is useless in all situations. People may disagree on precisely what colors should be considered blue, red, or purple, but that doesn’t mean we should stop thinking about different colors altogether in favor of one single color. It should go without saying that just because differences might/do exist between groups of people in whatever form they do, that’s no justification to treat any person as a representative member of their group rather than an individual, but it’s probably something that should be said more often anyway. So there it is.