I recently came across a post over at Psychology Today entitled, “Six Myths About Female Sexuality and Why They’re Myths” by one Susan Whitbourne. I feel the need to discuss it here for two reasons: first, it’s a terrible piece; not only does Susan get a lot wrong, she gets it wrong badly while bad-mouthing my field. So that’s kind of annoying, but it’s not the main reason. That reason is because, at the time I’m writing this, there are five comments on the article; there were ten comments on it before I had left mine last time I had checked it. This means at least six comments (all the highly critical ones, I might add) were deleted. This has, in turn, activated my moral template for automatic completion, and I find myself perceiving an incompetent writer trying to hide criticism instead of engaging it, instead of all the negative comments vanishing into the internet magically. 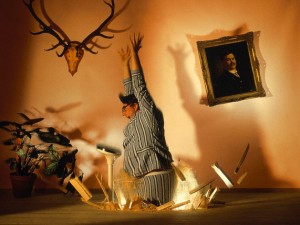 I’d like to first mention that the source Susan is drawing her information from is Terri Conley. You know, the one who suggested that sexual reproduction is a byproduct of sexual pleasure. That is to say, sexual reproduction did not directly contribute to reproduction, which is kind of an odd claim to make. The paper itself was also discussed at some length here roughly a year ago, so what I’m doing is largely repetition; you know, standing on the shoulders of giants and all. Anyway, on to the matter of figuring out what institution is giving out psychology PhDs to people who clearly don’t deserve them (I’m looking at you…Columbia University? Really? Well, fancy that).

Susan – who I should remind everyone again says she has a PhD – in her first point suggests that men and women value the traits of status, youth, and attractiveness equally. Since this point is about preferences, it’s wrong on the grounds that massive amounts of evidence from surveys the world over demonstrate precisely that pattern of preferences. However, just because someone has certain preferences, it does not imply that their partner – should they eventually have one – will manifest any or all aspects of those preferences, as tradeoffs need to be made. If everyone expressed an interest for an attractive partner and there are only so many attractive partners to go around, someone’s going to be disappointed; many someones, in fact. Accordingly, it might not be such a good idea to attempt and invest a lot of energy in a long-shot, no matter how attractive the payoff might be (but more about speed dating below).

The second “myth” is that men and women desire (and have) different numbers of partners. In the realm of desire, men do indeed desire a greater number of partners than women. However, when, as Susan suggests, “appropriate statistical controls were used”, this difference goes away. In the current context, “appropriate” means “using the median instead of a mean”, or, as I might put it, ignoring all the inconvenient data. This is not a first time that a median, rather than mean, has been used to ignore data that doesn’t fit preconceptions. Now, of course, men and women need to have the same number of opposite sex partners; that’s just basic statistics. Despite this, men tend to claim to have more partners than women, so someone must be lying. In this case, the person lying is… the author, Susan. She reported that when hooked up to a fake lie detector, men adjusted their number down, which is peculiar, given that the study she’s talking about (Alexander & Fisher, 2003) found that men were consistent across groups; it was the women who were under-reporting. Way to bust myths, Susan. 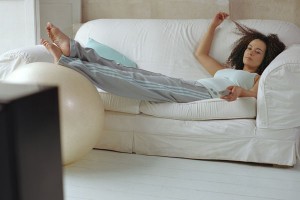 You clearly put in the effort instead of just bullshitting it.

The third myth is that men think about sex more than women. This myth is a myth, according to Susan, in that it’s true. Men do, in fact, think about sex more, according to Conley et al (2011); they also think about food and sleep more. So let’s examine the logic here: Men do X more than women. Men also do Y and Z more than women. Therefore, men don’t do X more. Sure, that might seem like a basic failure of reasoning abilities, since the conclusion in no way follows from the premises, but, bear in mind, this woman does have a PhD from Columbia, so she clearly must understand this problem better than those who pointed out this huge failing. Better to just delete the comments of people pointing this out, rather than risk Susan wasting her valuable time engaging in debate with them.

Myth four is another one of those true myths: women have orgasms less frequently than men. However, it’s not just a true myth; it’s also one of those things Susan lies about. Susan grants that this orgasm differential exists in hookups, but not in romantic relationships. Conley et al (2011) report on data showing that, during hookups, women orgasm 32% and 49% as frequently as men (in first and repeat hookups respectively). However, in established relationships, women orgasmed 80% as much. Thus, according to Susan, a 20% gap in frequency amounts to no gap. Frankly, I’m surprised that Mythbusters hasn’t snatched Susan up yet, given her impressive logical and basic reading abilities.

Myth five is that, apparently, men like casual sex more than woman. I know; I was shocked to hear people thought that too. I already linked to the discussion of the article Conley (2011) uses to support the notion that men and women like causal sex just as much, but here it is again. The long and short of the paper is that, when women and men considered casual sex offers from very attractive and famous people, there was no difference. Women were also just as likely as men to accept a casual sex offer from a close friend who they thought would provide a positive sexual experience. It might be worth pointing that most people aren’t very attractive, famous, familiar, and skilled in bed, and women tend to judge most men as lacking in this department (given that 0% accepted offers for casual sex in the classic Clark and Hatfield paper), whereas the same dimensions don’t seem to matter to men nearly as much (given the roughly 75% acceptance rate). It might be worth pointing that out, that is, if you know what you’re talking about, which Susan and Conley clearly don’t.

Finally, we arrive at Myth Six: women are choosier than men. The Clark and Hatfield results, along with evidence from every culture across the globe and many species on the planet, might seem to confirm this myth. However, the results of a single speed-dating survey where no sexual behavior actually took place and no sex difference was fully reversed could overturn it all. In this study, depending on who approached who at a speed-dating event, there was  a (relatively minor) effect on feelings of romantic desire, chemistry, and a desire to see the other partner again. That said, women tend to not approach men as much as men approach women in the world outside of the speed-dating scenarios, and when women approached men in the Clark and Hatfield study the men overwhelmingly said “yes” (while the women universally said “no” when approached by a man), and the study didn’t track whether anything ever came of the speed-dating, and a certain type of person might be interested in speed-dating, and speed-dating might not be terribly ecologically valid, and….you get the idea. 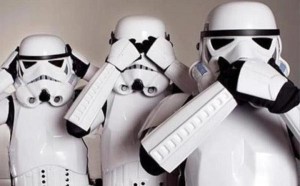 But other than being a total failure, your article was a great success.

Susan caps off her article by demonstrating that she doesn’t understand that the nature/nurture debate has long ago ended and that evolutionary psychologists reject such a dichotomy in the first place by asking about whether these behaviors are genetically or environmentally based. It’s nice to see that Susan comes full circle from her introduction where she suggests that she doesn’t understand evolution isn’t working to “keep the species afloat”. Finally, she asked why some people, who ought to know better, favor an evolutionary-based theory in their research. One can only wonder, Susan. I’ll leave it to people like you, who clearly know better, to lead the way. I just hope for all of our sakes that whatever path you end up leading us down doesn’t involve you having to read or understand anything.

8 comments on “The Myths That Never Were”