There’s a proud tradition in psychological research that involves asking people about how much they value this thing or that one, be it in a supermarket or, for our present purposes, in a sexual partner. Now there’s nothing intrinsically wrong with doing this kind of research, but while there are certain benefits to it, the method does have its shortcomings. One easy way to grasp a potential issue with this methodology is to consider the dating website Okcupid.com. When users create a profile on this site, they are given a standard list of questions to answer in order to tell other people about themselves. Some of these questions deal with matters like, “What are six things you couldn’t do without?” or “what are you looking for in partner?”. The typical sorts of answers you might find to questions like these are highlighted in a video I really like called “The Truth About Being Single“:

“All these people keep interrupting my loneliness!”

The problem with questions like these is that – when they are posed in isolation – their interpretation can get a bit difficult; they often seem to blur the lines between what people require and what they just want. More precisely, the ratings people give to various items or traits in terms of their importance might not accurately capture their degree of actual importance. A quick example concerns cell phones and oxygen. If you were to ask people on Okcupid about five things they couldn’t do without on a day-to-day basis, more people would probably list their phones than the air they breathe. They would also tell you that, in any given year, they likely spend much more money on cell phones than air. Despite this, air is clearly the more important item, as cell phones stop being useful when the owner has long since asphyxiated (even if the cell phone would allow you to go out playing whatever bird-themed game is currently trending).

Perhaps that all seems very mundane, though: “Yes, of course,” you might say, “air is more important than iPhones, but putting ‘I need air’ on your dating profile or asking people how important is the air they breathe on a survey doesn’t tell you much about the person, whereas iPhone ownership makes you a more attractive, cool, and intelligent individual”. While it’s true that “people rate breathing as very important” will probably not land you any good publications or hot dates, when we start thinking about the relative importance of the various traits people look for in a partner, we can end up finding out some pretty interesting things. Specifically, we can begin to uncover what each sex views as necessities and what they view as luxuries in potential partners. The key to this method involves constraining the mate choices people can make: when people can’t have it all, what they opt to have first (i.e. people want air before iPhones if they don’t have either) tells us – to some extent – where their priorities lie.

Enter a paper by Li et al (2002). The authors note that previous studies on mating and partner selection have found sex differences in the importance placed on certain characteristics: men tend to value physical attractiveness in a partner more than women, and women tend to value financial prospects more than men. However, the ratings of these characteristics are not often found to be of paramount importance, relative to ratings of other characteristics like kindness, creativity, or a sense of humor (on which the sexes tend to agree). But perhaps the method used to derive those ratings is missing part of the larger picture, as it was in our air/iPhone example. Without asking people to make tradeoffs between these characteristics, researchers might be, as Li et al put it, “[putting the participants in] the position of someone answering a question about how to spend imaginary lottery winnings”. When people have the ability to buy anything, they will spend proportionately more money on luxuries, relative to necessities. Similarly, when people are asked about what they want in a mate, they might play up the importance of luxuries, rather than necessities if they are just thinking about the traits in general terms. 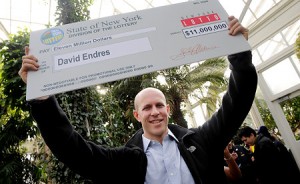 “I’m spending it all on cans of beans!”

What Li et al (2002) did in the first experiment, then, was to provide 78 participants with a list of 10 characteristics that are often rated as important in a long-term partner. The subjects were told to, essentially, Frankenstein themselves a marriage partner from that list. Their potential partners would start out in the bottom percentile for each of those traits. What this means is that, if we consider the trait of kindness, their partner would be less kind than everyone else in the population. However, people could raise the percentile score of their partner in any domain by 10% by spending a point from their “mating budget” (so if one point was invested in kindness, their partner would now be less kind than 90% of people; if two points were spent, the partner is now less kind than 80% of people, and so on). The twist is that people were only given a limited budget. With 10 traits and 10 percentiles per trait, people would need 100 points to make a partner high in everything. The first budget people started with was 20 points, which requires some tough calls to be made.

So what do people look for in a partner first? That depends, in part, on whether you’re a man or a woman. Women tended to spend the most – about 20% of their initial budget (or 4 points) – on intelligence; men spent comparably in that domain as well, with about 16% of their budget going towards brains. The next thing women tended to buy was good financial prospects, spending another 17% beefing up their partner’s yearly income. Men, on the other hand, seemed relatively unconcerned with their partner’s salary, spending only 3% of their initial budget on a woman’s income. What men seemed much more interested in was getting physical attractiveness, spending about 21% of their initial budget there; about twice what the women spent. The most vital characteristics in a long-term partner, then, seemed to be intelligence and money for women, and attractiveness and intelligence for men, in that order.

However, as people’s mating budget was increased, from 20 points to 60 points, these sex differences disappeared. Both men and women began to spend comparably as their budgets were increased and tradeoffs became less pressing. In other words, once people had the necessities for a relationship, they bought the same kinds of luxuries. These results were replicated in a slightly-modified second study using 178 undergraduates and five traits instead of ten. In the final study, participants were given a number of potential dates to screen for acceptability. These mates were said to be have been rated along the previous 5 characteristics in a high/medium/low fashion. Participants could reveal the hidden ratings of the potential dates for free, but were asked to reveal as few as possible in order to make a decision. As one might expect, men tended to reveal how physically attractive the potential mate was first more than any other trait (43% of the time, relative to women’s 16%), whereas women tended to first reveal how much social status the men had (35% of the time, relative to men’s 16%). Men seem to value good looks and women tend to value access to resources. Stereotype accuracy confirmed.

A now onto the next research project…

This is the reason I liked the initial video so much. The first portion of the video reflects the typical sentiments that people often express when it comes to what they want in a partner (“I just want someone [who gets me/to spend time with/ to sleep next to/ etc]“). These are, however, often expressions of luxuries, rather than necessities. Much like the air we breathe, the presence of the necessities in a potential mate are, more or less, taken for granted – at least until they’re absent, that is. So while traits like “creativity” might make an already-attractive partner more attractive, being incredibly creative will likely suddenly count for quite a bit less if you’re poor and/or unattractive, depending on who you’re trying to impress. I’ll leave the final word on the matter to one of my favorite comedians, John Mulaney, as I think he expresses the point well: “Sometimes I’ll be talking to someone and I’ll be like, “yeah, I’ve been really lonely lately”, and they’ll be like, “well we should hang out!” and I’m like, “no; that’s not what I meant”.

10 comments on “The Best Mate Money Can Buy”