One of the more common words you’ll come across in the psychological literature is priming, which is defined as an instance where exposure to one stimulus influences the reaction to a subsequent one. There are plenty of examples one might think of to demonstrate this effect, one of which might be if you were to ask participants to tell you whether a string of letters they see pop up on a screen is a word or a non-word. They would be quicker to respond to the word “nurse” if it were preceded by the prime of “doctor” relative to being preceded by “chair,” owing to the relative association (or lack thereof) between the words. While a great deal of psychological literature deals with priming, very few papers I have come across actually attempt to give some kind of adaptive, functional account of what priming is and, accordingly, why they should expect it to behave the way it does. Because of that absence of theoretical grounding, some research that utilizes priming ends up generating some hypotheses that aren’t just strange; they’re biologically implausible. 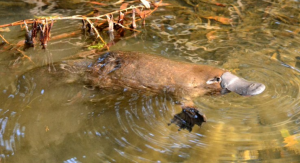 Pictured: Something strange, but at least biological plausible

To give a more concrete sense of what I mean, I wanted to briefly summarize some of that peculiar research using priming that I’ve covered before. In this case, the research either focuses on how priming can affect perceptions about the world or how priming can affect people’s behavior. These lines of inquiry often seem to try and demonstrate how people are biased, inaccurate, or otherwise easily manipulated by seemingly-minor environmental influences. To see what I mean, let’s consider some research findings on both fronts. In terms of perceptions about the world, a few findings are highlighted in this piece, including the prospect that holding a warm drink (instead of a cold one) can lead you judge other people as more caring and generous; a finding that falls under the umbrella of embodied cognition. Why would such a finding arise? If I understand correctly, the line of thought is that holding a warm drink activates some part of your brain that holds the concept “warm”; as that concept is tied indirectly to personality (e.g., “He’s a really warm and friendly person”), you end up thinking the person is nicer than you otherwise would. Warm drinks prime the concept of emotional warmth.

It doesn’t take much thinking about this explanation to see why it seems wrong: a mind structured in such a way would be making a mistake about the world. Specifically, because holding a warm object in your hand should have no effect on the personality and behavior of someone else, if you use that temperature information to influence your judgments, you will be more likely to misjudge the probable intentions of others. If you’re not nice, but I think you are (or at least you’re not as nice as I think you are), I will behave in sub-optimal ways, perhaps by putting more trust in you than I should or generating other expectations of you that won’t be fulfilled. Because there are real costs to being wrong about others – as it opens you up to risks of exploitation, for instance – a cognitive system wired this way should be outperformed by one which ignores more irrelevant information.

Other such examples of the effects of priming posit something similar, except on a behavioral level instead of a perceptual one. For instance, research on stereotype threat suggests that if you remind women of their gender before a math test (in other words, you’re priming gender), they will tend to perform worse than women who were not primed because the concept of “woman” is related to stereotypes of “being worse at a math.” This should be maladaptive for precisely the same reason that the perceptual variety is: actively making yourself worse at a task than you actually are will tend to carry costs. To the extent this effect ostensibly runs in the opposite direction – a case where someone gets better at a task because of a prime, as is the case in the work on power poses – one would wonder why an individual should wait for a prime rather than just get on with the task at hand. Now sure, these effects don’t replicate well and probably aren’t real (see stereotype threat, power poses, and elderly prime effects on walking speed), but that they would even be proposed in the first place is indicative of a problem in the way people think about psychology. They seem like ideas that couldn’t even possibly be correct, given what they would imply about the probable fitness costs to their bearers. Positing maladaptive psychological mechanisms seems rather perverse.

Now I suspect some might object at this point and remind me that not everything our brains do is adaptive. In fact, priming might simply just be an occasionally maladaptive byproduct of activating certain portions of our brain by proximity. This is referred to as spreading activation and it might just be an unfortunate byproduct of brain wiring. “Sure,” you might say, “this kind of spreading activation isn’t adaptive, but it’s just a function of how the brain gets wired up. Our brains can’t help it.” Well, as it turns out, it seems they certainly can. 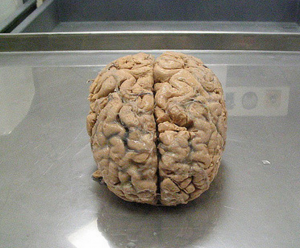 “Don’t give me that look; you knew better!”

This brings me to some research on memory and priming by Klein et al (2002). These researchers begin with their adaptive framework for priming, suggesting that priming reflects a feature of our cognitive systems – rather than a byproduct – that helps speed up the delivery of appropriate information. In short, priming represents something of a search engine that uses one’s present state to try and predict what information will be needed in the near future. It is crucial to emphasize the word “appropriate” in that hypothesis: the benefits to accessing information stored in our memories, for instance, is to help guide our current behavior. As there many more ways of guiding your behavior towards some maladaptive end, rather than an adaptive one, information stored in memory needs to be accessed selectively. If you spend too much time accessing irrelevant or distracting information, the function of the priming itself – to deliver relevant information quickly – would be thwarted. To put that into a simple example, if you’re trying to quickly solve a problem related to whether you should trust someone, accessing information about what you had for breakfast that morning will not only fail to help you, but it will actively slow your completion of the task down. You’d be wasting time processing irrelevant information.

To demonstrate this point, Klein et al (2002) decided to look at trait judgments: essentially asking people a question like, “how well does the word ‘kind’ describe [you/someone else]?” Without going into too much detail on the matter, our brains seem to store information relevant to these tasks in two different formats: in a summary form and an episodic form. This means one memory system contains information about particular behavioral instances (e.g., a time someone was kind or mean) while another derives summaries of that behavior (e.g., that person, overall, is kind or mean). Broadly speaking, these different memory systems exist owing to a cognitive trade-off between speed and accuracy in judgments: if you want to know how to behave towards someone, it’s quicker to consult the summary information than process every individual memory of their behaviors. However, the summary information tends to be less complete and accurate than the sum of the individual memories. That is, knowing that someone is “often nice” doesn’t give you insight into the conditions during which they are mean.

As such, if someone was trying to make a judgment about whether you were nice, if they have a summary of “often nice,” they don’t need to spend time consulting memories of every nice thing you’ve done; that would be redundant processing. Instead, they would want to selectively consult the information about times you are not nice, as this would help them figure out the boundary conditions of their judgment; when the “often nice” label doesn’t apply. This lead Klein et al (2002) to the following prediction: retrieving a trait summary of a person should prime trait-inconsistent episodes from memory, rather than trait-consistent ones. In short, priming effects ought to be functionally specific. 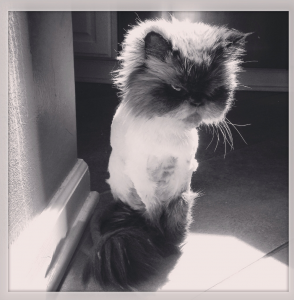 “The cat is usually friendly, except for those times you shaved him”

And that is exactly what they found: when participants were asked to judge whether a trait described them (or their mother), they were quicker to subsequently recall a time they (or their mother) behaved in an inconsistent manner. To put that in context, if participants were asked whether the word “polite” described them, they would be quicker to recall a specific instance they were rude, relative to a time they were polite. Moreover, just being asking to define the terms (e.g., rude or polite) didn’t appear to prime trait-consistent episodes in memory either: participants were not quicker to recall a time they were polite after having defined the term. This would be a function of the fact that defining a term does not require you to make a trait judgment about it, so episodic memories wouldn’t be relevant information.

These results are important because if priming were truly just a byproduct of spreading neural activation, then trait-judgments (Are you kind?) should prime trait-consistent episodes (a time you were kind); they just don’t seem to do that. As such, we could conclude that priming does not appear to just be a byproduct of neural activation. If priming isn’t just a biological necessity, then, studies which make use of this paradigm would have to better justify their expectations. If it’s not justifiable to expect indiscriminate neural activation, researchers would need to put in more time to explain and understand the particular patterns of priming they find. Ideally they would do this advance of conducting the research (as Klein et al did), as that would likely save people a lot of time publishing papers on priming that subsequently fail to replicate.