This semester I happen to be teaching a course on human learning and memory. Part of the territory that comes with designing and teaching any class is educating yourself on the subject: brushing up on what you do know and learning about what you do not. For the purposes of this course, much of my preparations come from the latter portion. Memory isn’t my main specialty, so I’ve been spending a lot of time reading up on it. Wandering into a relatively new field is always an interesting experience, and on that front I consider myself fortunate: I have a theoretical guide to help me think about and understand the research I’m encountering – evolution. Rather than just viewing the field of memory as a disparate collection of facts and findings, evolutionary theory allows me to better synthesize and explain, in a satisfying way, all these novel (to me) findings and tie them to one another. It strikes me as unfortunate that, as with much of psychology, there appears to be a distinct lack of evolutionary theorizing on matters of learning and memory, at least as far as the materials I’ve come across would suggest. That’s not to say there has been none (indeed, I’ve written about some before), but rather that there certainly doesn’t seem to have been enough. It’s not the foundation of the field, as it should be. 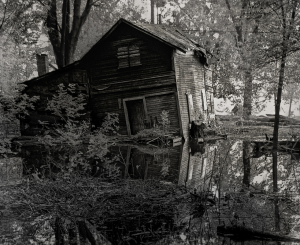 “How important could a solid foundation really be?”

To demonstrate what I’m talking about, I wanted to consider an effect I came across during my reading: the generation effect in memory. In this case, generation refers not to a particular age group (e.g., people in my generation), but rather to the creation of information, as in to generate. The finding itself – which appears to replicate well – is that, if you give people a memory task, they tend to be better at remembering information they generated themselves, relative to remembering information that was generated for them. To run through a simple example, imagine I was trying to get you to remember the word “bat.” On the one hand, I could just have the word pop up on a screen, tell you to read and remember it. On the other hand, I could give you a different word, say, “cat” and ask you to come up with a word that rhymes with “cat” that can complete the blanks in “B _ _.” Rather than my telling you the word “bat,” then, you would generate the word on your own (even if the task nudges you towards generating it rather strongly). As it turns out, you should have a slight memory advantage for the words you generated, relative to the words you were just given.

Now that’s a neat finding at all – likely one that people would read about and thoughtfully nod their head in agreement – but we want to explain it: why is memory better for words you generate? On that front, the textbook I was using was of no use, offering nothing beyond the name of the effect and a handful of examples. If you’re trying to understand the finding – much less explain it to a class full of students – you’ll be on your own. Textbooks are always incomplete, though, so I turned to some of the referenced source material to see how the researchers in the field were thinking about it. These papers seemed to predominately focus on how information was being processed, but not necessarily on why it was being processed that way. As such, I wanted to advance a little bit of speculation on how an evolutionary approach could help inform our understanding of the finding (I say could because this is not the only possible answer to the question one could derive from evolutionary theory; what I hope to focus on is the approach to answering the question, rather than the specific answer I will float. Too often people can talk about an evolutionary hypothesis that was wrong as a reflection of the field, neglecting that how an issue was thought through is a somewhat separate matter from the answer that eventually got produced).

To explain the generation effect I want to first take it out of an experimental setting and into a more naturalistic one. That is, rather than figuring out why people can remember arbitrary words they generated better than ones they just read, let’s think about why people might have a better memory for information they’ve created in general, relative to information they heard. The initial point to make on that front is that our memory systems will only retain a (very) limited amount of the information we encounter. The reason for this, I suspect, is that if we retained too much information, cognitively sorting through it for the most useful pieces of information would be less efficient, relative to a case where only the most useful information was retained in the first place. You don’t want a memory (which is metabolically costly to maintain) chock-full of pointless information, like what color shirt your friend wore when you hung out 3 years ago. As such, we ought to expect that we have a better memory for events or facts that carry adaptively-relevant consequences. 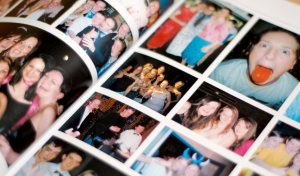 Might information you generate carry different consequences than information you just hear about? I think there’s a solid case to be made that, at least socially, this can be true. In a quick example, consider the theory of evolution itself. This idea is generally considered to be one the better ones people (collectively) have had. Accordingly, it is perhaps unsurprising that most everyone knows the name of the man who generated this idea: Charles Darwin. Contrast Darwin with someone like me: I happen to know a lot about evolutionary theory and that does grant me some amount of social prestige within some circles. However, knowing a lot about evolutionary theory does not afford me anywhere near the amount of social acclaim that Darwin receives. There are reasons we should expect this state of affairs to hold as well, such as that generating an idea can signal more about one’s cognitive talents than simply memorizing it does. Whatever the reasons for this, however, if ideas you generate carry greater social benefits, our memory systems should attend to them more vigilantly; better to not forget that brilliant idea you had than the one someone else did.

Following this line of reasoning, we could also predict that there would be circumstances in which information you generated is recalled less-readily than if you had just read about it: specifically, in cases when the information would carry social costs for the person who generated it.

Imagine, for instance, that you’re a person who is trying to think up reasons to support your pet theory (call that theory A). Initially, your memory for that reasoning might be better if you think you’ve come up with an argument yourself than if you had read about someone else who put forth that same idea. However, it later turns out that a different theory (call that theory B) ends up saying your theory is wrong and, worse yet, theory B is also better supported and widely-accepted. At that point, you might actually observe that the person’s memory for the initial information supporting theory A is worse if they generated those reasons themselves, as that reflects more negatively on them than if they had just read about someone else being wrong (and memory would be worse, in this case, because you don’t want to advertise the fact that you were wrong to others, while you might care less about talking about why someone who wasn’t you was wrong).

In short, people might selectively forget potentially embarrassing information they generated but was wrong, relative to times they read about someone else being wrong. Indeed, this might be why it’s said truth passes through three stages: ridicule, opposition, and acceptance. This can be roughly translated to someone saying of a new idea, “That’s silly,” to, “That’s dangerous,” to, “That’s what I’ve said all along.” This is difficult to test, for sure, but it’s a possibility worth mulling over. 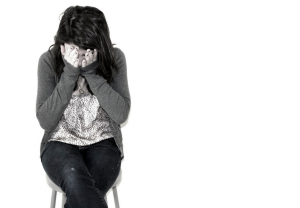 With the general theory described, we can now try and apply that line of thinking back into the unnatural environment of memory research labs in universities. One study I came across (deWinstanley & Bjork, 1997) claims that the generation effect doesn’t always have an advantage over reading information. In their first experiment, the researchers had conditions where participants would either read cue-word pairs (like “juice” – “orange”, and, “sweet” – “pineapple”) or read a cue and then generate a word (e.g., “juice” – “or_n_ _”). The participants would later be tested on how many of the target words (the second one in the pair) they could recall. When participants were just told there would be a recall task later, but not the nature of that test, the generate group had a memory advantage. However, when both groups were told to focus on the relationship between the targets (such as them all being fruits), the read group’s ability to remember now matched that of the generate group.

In their second experiment, the researchers then changed the nature of the memory task: instead of asking participants to just freely recall the target words, they would be given the cue word and asked to recall the associated target (e.g., they see “juice” and need to remember “orange”). In this case, when participants were instructed to focus on the relationship between the cue and the target, it was the read participants with the memory advantage; not the generate group.

One might explain these findings within this framework I discussed as follows: in the first experiment, participants in the “read” condition were actually also in an implicit generate condition; they were being asked to generate a relationship between the targets to be remembered and, as such, their performance improved on the associated memory task. By contrast, in the second experiment, participants in the read condition were still in the implicit “generate” condition: being asked to generate connections between the cues and targets. However, those in the explicit generate condition were only generating the targets; not their cues. As such, it’s possible participants tended to selectively attend to the information they had created over the information they did not. Put simply, the generate participant’s ability to better recall the words they created was interfering with their ability to remember their associations with the words they did not create. Their memory systems were focusing on the former over the latter. 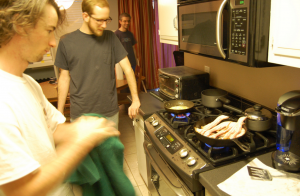 A more memorable meal than one you go out and buy

If one wanted to increase the performance of those in the explicit generate condition for experiment two, then, all a researcher might have to do would be to get their participants to generate both the cue and the target. In that instance, the participants should feel more personally responsible for the connections – it should reflect on them more personally – and, accordingly, remember them better.

Now whether that answers I put forth get it all the way (or even partially) right is besides the point. It’s possible that the predictions I’ve made here are completely wrong. It’s just that what I have been noticing is that words like “adaptive” and “relevance” are all but absent from this book (and papers) on memory. As I hope this post (and my last one) illustrates, evolutionary theory can help guide our thinking to areas it might not otherwise reach, allowing us to more efficiently think up profitable avenues for understanding existing research and creating future projects. It doesn’t hurt that it helps students understand the material better, either.