I find many aspects of life today to be pretty neat, owing largely to the wide array of fun and functional gadgets we have at our disposal. While easy to lose sight of and take for granted, the radical improvements made to information technology over my lifetime have been astounding. For instance, I now carry around a powerful computer in my pocket that is user-friendly, capable of accessing more information than I could feasibly process in my entire lifetime, and it also allows me to communicate instantly with strangers and friends all over the globe; truly amazing stuff. Of course, being the particular species that we are, such technology was almost instantly recognized and adopted as an efficient way of sending and receiving naked pictures, as well as trying to initiate new sexual or dating relationships. While the former goal has been achieved with a rousing success, the latter appears to still pose a few more complications, as evidenced by plenty of people complaining about online dating, but not about the ease by which they can send or receive naked pictures. As I’ve been turning my eye towards the job market these days, I decided it would be fun to try and focus on a more “applied” problem: specifically, how might online dating sites – like Tinder and OkCupid – be improved for their users? 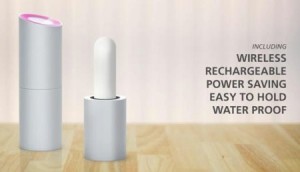 Since the insertable portion of the internet market has been covered, I’ll stick to the psychological one.

The first question to consider is the matter of what problems people face when it comes to online dating: knowing what problems people are facing is obviously important if you want to make forward progress. Given that we are species in which females tend to provide the brunt of the obligate parental investment, we can say that, in general, men and women will tend to face some different problems when it comes to online dating; problems which mirror those faced in non-internet dating. In general, men are the more sexually-eager sex: accordingly, men tend to face the problem of drawing and retaining female interest, while women face the problem of selecting mates from among their choices. In terms of the everyday realities of online dating, this translates into women receiving incredible amounts of undesirable male attention, while men waste similar amounts of time making passes that are unlikely to pan out.

To get a sense for the problems women face, all one has to do is make an online dating profile as a woman. There have been a number of such attempts that have been documented, and the results are often the same: before the profile has even been filled out, it attracts dozens of men within the first few minutes of its existence. Perhaps unsurprisingly, the quality of messages that the profiles receive can also liberally be considered less-than optimal. While I have no data on the matter, almost every women who has talked with me about their online dating experiences tends to remark, at some point, that they are rather afraid of meeting up with anyone from the site owing to a fear of being murdered by them. Now it is possible that such dangers are, for whatever reason, being overestimated by women, but it also seems likely that women’s experiences with the men on the site might be driving some of that fear. After all, many of those same women also tell me that they start off replying to all or most of the messages they receive when they set up a profile, only to quickly stop doing that owing to their sheer volume or unappealing content. There are also reports of men becoming verbally aggressive when turned down by women, so it seems likely some of these fears about meeting someone from the site are not entirely without merit (to be clear, I think women are probably no more likely to be murdered by anyone they meet online relative to in person; it’s just that strangers online might be more likely to initiate contact than in person).

The problems that men face are a bit harder to appreciate for a number of reasons, one of which is likely owing to the fact that they take longer to appreciate. As I mentioned, women’s profiles attract attention within minutes of their creation; a rather dramatic effect. By contrast, were one to make a profile as a man, not much of anything would happen: you would be unlikely to receive messages or visitors for days, weeks, or months if you didn’t actively try to initiate such contact yourself. If you did try to initiate contact, you’d also find that most of it is not reciprocated and, of the replies you did receive, many would burn out before progressing into any real conversation. If men seen a bit overeager for contact and angry when it ceases, this might owe itself in part to the rarity with which such contact occurs. While being ignored might seem like a better problem to have than receiving a lot of unwanted attention (as the latter might involve aggression, whereas the former does not), one needs to bear in mind that without any attention there is no dating life. Women might be able to pull some desirable men from the pool of interested ones, even if most are undesirable; a man without an interested pool has no potential to draw from at all. Neither is necessarily better or worse than the other; they’re just different.

That said, bickering about whose problems are worse doesn’t actually solve any of them, so I don’t want to get mired in that debate. Instead, we want to ask, how do we devise a possible resolution to both sets of problems at the same time? At first glance, these problems might see opposed to one another: men want more attention and women want less of it. How could we make both sides relatively better off than they were before? My suggestion for a potential remedy is to make messages substantially harder to send. There are two ways I envision this might enacted: on the one hand, the number of messages a user could send (that were not replies to existing messages) could be limited  to a certain number in a given time period (say, for instance, people could send 5 or 10 initiate messages per week). Alternatively, people could set up a series of multiple choice screening questions on their profile, and only those people who answered enough questions “correctly” (i.e. the answer the user specifies) would be allowed to send a message to the user. Since these aren’t mutually exclusive, both could be implemented; perhaps the former as a mandatory restriction and the latter as an optional one.

Now, at first glance, these solutions might seem geared towards improving women’s experiences with online dating at the expense of men, since men are the ones sending most of the messages. If men aren’t allowed to send enough messages, how could they possibly garner attention, given that so many messages ultimately fail to capture any? The answer to that question comes in two parts, but it largely involves considering why so many messages don’t get responses. First, as it stands now, messaging is largely a costless endeavor. It can take someone all of 5 to 60 seconds to craft an opening message and send it, depending on how specific the sender wants to get with it. With such a low cost and a potentially high payoff (dates and/or sex), men are incentivized to send a great many of these messages. The problem is that every man is similarly incentivized. While it might be good for any man to send more messages out, when too many of them do it, women get buried beneath an avalanche of them. Since these messages are costless to send, they don’t necessarily carry any honest information about the man’s interest, so women might just start ignoring them altogether. There are, after all, non-negligible search costs for women to dig through and respond to all these messages – as evidenced by the many reports from women of their of starting out replying to all of them but quickly abandoning that idea – so the high volume of messages might actually make women less likely to respond in general, rather than more.

Indeed, judging by their profiles, many women pick up on this, explicitly stating that they won’t reply to messages that are little more than a “hey” or “what’s up?”. If messaging was restricted in some rather costly way, it would require men to be more judicious about both who they send the message to and the content of those messages; if you only have a certain number of opportunities, it’s best to not blow them, and that involves messaging people you’re more likely to be successful with in and in a less superficial way. So women, broadly speaking, would benefit by receiving a smaller number of higher-quality messages from men who are proportionately more interested in them. Since the messages are not longer costless to send, that a man chose to send his to that particular woman has some signal value; if the message was more personalized, the signal value increases. By contrast, men would, again, broadly speaking, benefit by lowering the odds of their messages being buried beneath a tidal wave of other messages from other men, and would need to send proportionately fewer of them to receive responses. In other words, the relative level of competition for mates might remain constant, but the absolute level of competition might fall. 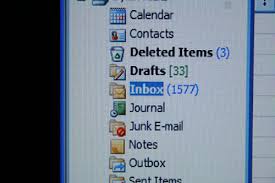 Or, phrased as a metaphor: no one is responding to all that mess, so it’s better to not make it in the first place

Now, it should go without saying that this change, however implemented, would be a far cry from fixing all the interactions on dating sites: some people are less attractive than others, have dismal personalities, demand too much, and so on. Some women would continue to receive too many unwanted messages and some men would continue to be all but nonexistent as far as women were concerned. There would also undoubtedly be some potential missed connections. However, it’s important to bear in mind that all that happens already, and this solution might actually reduce the incidence of it. By everyone being willing to suffer a small cost (or the site administrators implementing them), they could avoid proportionately larger ones. Further, if dating sites became more user-friendly, they could also begin to attract new users and retain existing ones, improving the overall dating pool available. If women are less afraid of being murdered on dates, they might be more likely to go on them; if women receive fewer messages, they might be more inclined to respond to them. As I see it, this is a relatively cheap idea to implement and seems to have a great deal of theoretical plausibility to it. The specifics of the plan would need to be fleshed out more extensively and it’s plausibility tested empirically, but I think it’s a good starting point.

4 comments on “Some Free Consulting Advice For Improving Online Dating”