“Your future will be horrible, but at least it will be short. So there’s that”

The future is always uncertain, at least as far as human (and non-human) knowledge is concerned. This is one reason why some people have difficulty saving or investing money for the future: if you give up rewards today for the promise of rewards tomorrow, that might end up being a bad idea if tomorrow doesn’t come for you (or a different tomorrow than the one you envisioned does). Better to spend that money immediately when it can more reliably bring rewards. The same logic extends to other domains of life, including the social. If you’re going to invest time and energy into a friendship or sexual relationship, you will always run the risk of that investment being misplaced. Friends or partners who betray you or don’t reciprocate your efforts are not usually the ones you want to be investing in the first place. You’d much rather invest that effort into the people who will give you better return.

Consider a specific problem, to help make this clear: human males face a problem when it comes to long-term sexual relationships, which is that female reproductive potential is limited. Not only can women only manage one pregnancy at a time, but they also enter into menopause later in life, reducing their subsequent reproductive output to zero. One solution to this problem is to only seek short-term encountered but, if you happen to be a man looking for a long-term relationship, you’d be doing something adaptive by selecting a mate with the greatest number of years of reproductive potential ahead of her. This could mean selecting a partner who is younger (and thus has the greatest number of likely fertile years ahead of her) and/or selecting one who is liable to enter menopause later.

Solving the first problem – age – is easy enough due to the presence of visual cues associated with development. Women who are too young and do not possess these cues are not viewed as attractive mates (as they are not currently fertile), become more attractive as they mature and enter their fertile years, and then become less attractive over time as fertility (both present and future) declines. Solving the second problem – future years of reproductive potential, or figuring out the age at which a woman will enter menopause – is trickier. It’s not like men have some kind of magic crystal ball they can look into to predict a woman’s future expected age at menopause to maximize their reproductive output. However, women do have faces and, as it turns out, those might actually be the next best tool for the job.

Fred knew it wouldn’t be long before he hit menopause

A recent study by Bovet et al (2017) sought to test whether men might be able to predict a woman’s age at menopause in advance of that event by only seeing her face. One obvious complicating factor with such research is that if you want to assess the extent to which attractiveness around, say, age 25 predicts menopause in the same sample of women, you’re going to have to wait a few decades for them to hit menopause. Thankfully, a work-around exists in that menopause – like most other traits – is partially heritable. Children resemble their partners in many regards, and age of menopause is one of them. This allowed the researchers to use a woman’s mother’s age of menopause as a reasonable proxy for when the daughter would be expected to reach menopause, saving them a lot of waiting.

Once the participating women’s mother’s age of menopause was assessed, the rest of the study involved taking pictures of the women’s faces (N = 68; average age = 28.4) without any makeup and with as neutral as an expression as possible. These faces were then presented in pairs to male raters (N = 156) who selected which of the two was more attractive (completing that task a total of 30 times each). The likelihood of being selected was regressed against the difference between the mother’s age of menopause for each pair, controlling for facial femininity, age, voice pitch, waist-to-hip ratio, and a value representing the difference between a woman’s actual and perceived age (to ensure that women who looked younger/older than they actually were didn’t throw things off).

A number of expected results showed up, with more feminine faces (ß = 0.4) and women with more feminine vocal pitch (ß = 0.2) being preferred (despite the latter trait not being assessed by the raters). Women who looked older were also less likely to be selected (ß = -0.56) Contrary to predictions, women with more masculine WHRs were preferred (ß = 0.13), even though these were not visible in the photos, suggesting WHR may cue different traits than facial ones. The main effect of interest, however, concerned the menopausal variable. These results showed that as the difference between the pair of women’s mother’s age of menopause increased (i.e., one woman expected to go through menopause later than the other), so too did the probability of the later-menopausal woman getting selected (ß = 0.24). Crucially, there was no correlation between a woman’s expected age of menopause and any of the more-immediate fertility cues, like age, WHR, facial or vocal femininity. Women’s faces seemed to be capturing something unique about expected age at menopause that made them more attractive. 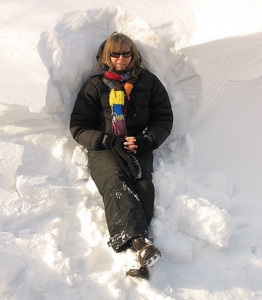 Now precisely what features were being assessed as more attractive and the nature of their connection to age of menopause is unknown. It is possible – perhaps even likely – that men were assessing some feature like symmetry that primarily signals developmental stability and health, but that variable just so happen to correlate with age at menopause as well (e.g., healthier women go through menopause later as they can more effectively bear the costs of childbearing into later years). Whatever systems were predicting age at menopause might not specifically be designed to do so. While it is possible that some features of a woman’s face uniquely cues people into expected age at menopause more directly without primarily cuing some other trait, that remains to be demonstrated. Nevertheless, the results are an interesting first step in that direction worth thinking about.