There’s an interesting perspective many people take when trying to understand the distribution of jobs in the world, specifically with respect to men and women: they look at the percentage of men and women in a population (usually in terms of country-wide percentages, but sometimes more localized), make note of any deviations from those percentages in terms of representation in a job, and then use those deviations to suggest that certain desirable fields (but not usually undesirable ones) are biased against women. So, for instance, if women make up 50% of the population but only represent 30% of lawyers, there are some who would conclude this means the profession (and associated organizations) is likely biased against women, usually because of some implicit sexism (as evidence of explicit and systematic sexism in training or hiring practices is exceptionally hard to come by). Similar methods have been used when substituting race for gender as well.

Just another gap, no doubt caused by sexism

Most of the ostensible demonstrations of this sexism issue are wanting, and I’ve covered a number of these examples before (see here, here, here, and here). Simply put, there are a lot of factors in the world that determine where people ultimately end up working (or whether they’re working at all). Finding a consistent gap between groups tells you something is different, just not what. As such, you don’t just get to assume that the cause of the difference is sexism and call it a day. My go-to example in that regard has long been plumbing. As a profession, it is almost entirely male dominated: something like 99% of the plumbers in the US are men. That’s as large of a gender gap as you could ask for, yet I have never once seen a campaign to get more women into plumbing or complaints about sexism in the profession keeping otherwise-interested women out. Similarly, men make up about 96% of the people shot by police, but the focus on police violence has never been on getting officers to shoot fewer men per se. In those cases, most people seem to recognize that factors other than sex are the primary determinants of the observed sex differences. Correlation isn’t causation, and maybe women aren’t as interested in digging around through human waste or committing violent felonies as men are. Not to say that many men are interested, just that more of those who are end up being men.

If that was the case and these sex differences aren’t caused by sexism, any efforts that sought to “fix” the gap by focusing on sexism would ultimately be unsuccessful. At the risk of saying something too obvious, you change outcomes by changing their causes; not unrelated issues. If we have the wrong idea as to what is causing an outcome, we end up wasting time and money (which often does not belong to us) trying to change it and accomplishing very little in the process (outside of getting people annoyed at us for wasting their time and money).

Today I wanted to add to that pile of questionable claims of sexism concerning an academic neighbor to psychology: philosophy. Though I was unaware of this debate, there is apparently some contention within the field concerning the perceived under-representation of women. As is typical, the apparent under-representation of women in this field has been chalked up to sexist biases keeping women discouraged and out of a job. To be clear about things, some people are looking at the percentage of men and women in the field of philosophy, noting that it differs from their expectations (whatever those are and however they were derived), calling it under-representation because of those expectations, and then further assuming a culprit in the form of sexism. As it turns out, the data has something to say about that. 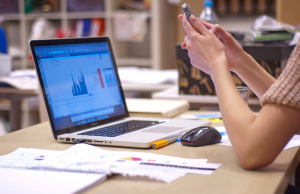 It also has some great jokes about Polish people if you’re a racist.

The data in question come from a paper by Allen-Hermanson (2017), which examined sex differences in tenure-track hiring and academic publishing in philosophy departments. The reasoning behind this line of research was that if insidious forces are at work against women in philosophy departments, we ought to expect something of a leaky pipeline: women should not be as successful as men at landing desirable, tenure-track jobs, relative to the rates at which each sex earn philosophy degrees. So, if women earned, say, 40% of the philosophy PhDs during the last year, we might expect that they get 40% of the tenure-track jobs in the next, all else being equal. Across the 10 year period examined (2005-2014), there were three years in which women were hired very slightly below their relative percentage into the tenure-track jobs (and by “very slightly” I’m talking in range of about 1-2%), one year in which it was dead even, and during the remaining six years women were hired at above the rate which would be expected by much more substantial margins (in the range of 5-10%).

Putting some rough numbers to that, women earned about 28% of the PhDs and received about 36% of the jobs in the most recent hiring seasons. It seems, then, women tended to be over-represented in those positions, on average. Other data discussed in the paper corresponds to those findings, again suggesting that women had about a 25% advantage over men in finding desirable positions (in terms of less desirable positions, men and women were hired in about equal numbers).

This finding is made all the stranger by Allen-Hermanson (2017) noting that male and female degree holders differed with respect to how often they published. On average, the new tenure-track female candidates who had never held such a position before had 0.77 publications. The comparable male number was 1.37. Of those who secured a job in 2012-2013, men averaged 2.4 publications to women’s 1.17. Not only are the men publishing about twice as much, then, but they’re also modestly less successful at landing a job (and this effect did not appear to be driven by particularly prolific publishers). While one could possibly make the case that maybe female publications are in some sense higher quality, that remains to be seen. One could more easily make the case that female candidates were held to lower standards than male ones.

As the data currently stand, I can’t imagine many people will be making a fuss about them and crying sexism. Perhaps the men with the degrees went out to seek work elsewhere and that explains why women are over-represented. Perhaps there are other causes. The world is a complicated place, after all. The point here is that there won’t be talk about how philosophy departments are biased against men, just like there wasn’t much talk I saw last time research found a much larger academic bias in favor of women, holding candidate quality constant. I think that is largely because the data apparently favor women with respect to hiring. If the results had run in the opposite direction, I can imagine that a lot more noise would have been made about them and many people would be getting scolded right now about their tolerance of sexism. But that’s just an intuition. 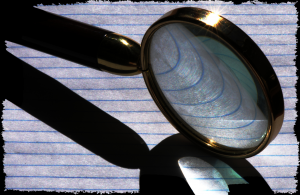 “Now, if you’ll excuse me, I’m off to find bias against my group somewhere else”

When asking a question of under-representation, the most pressing matter should always be, “under-represented with respect to what expectation?” In order to say that a group is under-represented, you need to make it clear what the expected degree of representation is as well as why. We shouldn’t expect that men and women be killed by police in equal numbers unless we also expect that both groups behave more-or-less identically. We similarly shouldn’t expect that men and women enter into certain fields in the same proportion unless they have identical sets of interests. On the other hand, if the two groups are different with respect to some key factor that determines an outcome, such as interests, using sex itself is just a poor variable choice. Compared to interest in fixing toilets (and other such relevant factors), I imagine sex itself uniquely predicts very little about who ultimately ends up becoming a plumber. If we can use those better, more directly-relevant factors, we should. You don’t build your predictive model with irrelevant factors; not if accuracy is your goal, in any case.