In a now-classic 1994 paper, John Tooby and Leda Cosmides discussed an idea they labeled “instinct blindness”. One of the basic ideas of this paper is that our minds have evolved to become really good at doing particular things; so good, in fact, that we often don’t realize we’re doing them. Vision, for instance, is an incredibly complex problem to solve. Our cognitive systems for vision function so automatically, however, that we don’t realize the depth of the problems inherent in seeing; we simply open our eyes and see, typically without any conscious experience of the task being particularly challenging. A consequence of this instinct blindness is that much of our psychological functioning goes, essentially, unnoticed; in other cases, facets of our psychology are viewed as not needing an explanation (i.e. “It’s just natural that…”) because they just seem so normal. Now instinct blindness doesn’t much matter to most people in everyday life: people not appreciating how many mechanisms are involved in vision probably won’t affect their day or many other people’s days all that often. It’s effect on my life is certainly limited. However, when people begin discussing matters of morality, the effects of that instinct blindness can be a touch more important.

Blindness? Touch? I’ll see myself out…

The moral issue I would like to highlight today is one that I have hit upon many times in the past: gender. Specifically, the issue is that men and women are often found to differ with respect to particular outcomes to some degree: perhaps women, on the whole, tend to make less money than men; perhaps men tend to be sent to jail more often than women, and so on. Now it’s often also the case that people find such differences to be morally offensive. Well, sort of, anyway; more precisely, it’s not that the differences per se are morally offensive, but that the underlying causes of the differences are viewed to be nefarious in some way. It’s not that women make less money than men that is the problem, then, but rather that this fact is perceived to be due to sexism or discrimination against women that’s the problem.

I would like to emphasis the word “perceived” in that last sentence because claims of discrimination or sexism are often made without good supporting evidence, or their extent is, what one might consider, exaggerated to some degree. This isn’t to say that there is no such thing as discrimination or that sexism necessarily plays a minimal or no role in any given disparity, mind you; I don’t want to be misunderstood in that respect. The issue I’m discussing is that when people say things like “women make 70 cents for every dollar a man makes”, the implication being made, implicitly or explicitly, is that this 30 cent difference is due mostly or entirely to sexism and discrimination without consideration that any other factors might play some role in determining who makes how much money. Also, the implication is that such gaps should be reduced, of course. People aren’t just stating these gaps as if they were mere statements of facts; they’re calls to action.

Except that this clearly isn’t the case all the time, which brings us to the current paper (which looks like more of a conference presentation, but that’s besides the point). While not empirical in nature, the paper by Browne (2013) focuses on the following suggestion: gender differences that appear to favor men are far more often to be viewed as “gaps” requiring remediation, while gender differences that appear to favor women are viewed more as “facts” and of little or no moral or social concern. Browne (2013) runs through a few interesting examples of these disparities, among which are: the special focus on violence against women despite men being more likely to be a victim of almost any type of violent crime, women being less likely to be stopped or cited for traffic violations, women being sentenced to less time in jail if convicted of a crime, domestic abuse allegations of men being ignored at greater frequency than women’s, women earning more of the degrees than men in the US, and men making up a bit more than 9 out of every 10 workplace deaths. Despite the existence of these gender disparities, very little seems to ever be mentioned about them nor is much remedy for them sought; they seem to be viewed, more or less, as acceptable, or the unintended result of a system designed to benefit men overall. 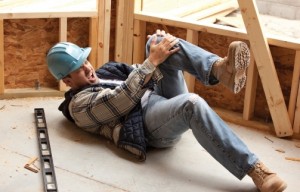 “Can you reframe this workplace accident in the form of patriarchy?”

One of my favorite passages from the paper concerned research on one of the former issues: traffic stops. Though it’s lengthy, I wanted to recreate it here in its entirety because I think it demonstrates the focus of the paper rather aptly:

…[W]hen a Massachusetts study of racial and gender profiling found that, contrary to the authors’ expectations, women were substantially less likely to be stopped or cited than men, the authors did not then express concern that maybe there was gender profiling against men; instead, they emphasized the need for further information on “the traffic stop behavior of individual officers . . . to determine if some officers are stopping [a] larger number of female drivers compared to their similarly situated peers.” The fact that all officers, as a whole, were stopping a larger number of male drivers was simply not on the authors’ radar as a problem.

Such a passage suggests rather strongly that some research is conducted with a particular agenda in mind: the researchers seemed pretty sure that some group was being disadvantaged, and when they didn’t find the result they were looking for, they expressed interest in continuing to dig until they found the answer they wanted. The odds are good, I would say, that if the initial research turned up an identical gender “gap” disfavoring women (i.e. women are more likely to be stopped or cited for traffic offenses), it would be taken as evidence of a problem. But since this “gap” disfavored men, it was reported instead as more of a “fact”.

Research on our reasoning abilities has been reaching a similar conclusion for some time now: reasoning appears to function primarily to persuade other people of things, rather than to necessarily be accurate. Certain findings might be ignored or questions not asked if they don’t find the agenda of the researchers. Now it’s all well and good (and fun, too) to throw metaphorical rocks at the research or conclusions of other people and make accusations of particular agendas working against the empirical or theoretical soundness of their work. However, the interesting focus of this issue, to me, anyway, is not that people have biases, but rather why people have certain biases. Despite how many psychologists write on the topic, noticing (or labeling) a bias is not the same thing as explaining it. Something about gender – or some factor relating to it – seems to have a powerful, if perhaps under-appreciated or unrecognized, influence on our moral judgments. Why, then, might women’s welfare appear to be, in general, of more concern than men’s?

The answer to this question, I imagine, will likely turn out to be strategic in nature. Specifically, such a cognitive bias should only be expected to exist if it serves some other useful goal. The underlying logic here is that being wrong about reality can frequently carry costs, and these costs need to be offset by some compensating benefit in order for biases to persist and become common. So what might this other useful goal be? Well, I don’t think current accounts of our moral sentiments have much to offer us in that regard. The accounts of morality that suggest our moral psychology functions to increase group welfare or make people more altruistic/cooperative don’t seem to get us very far, as they don’t straightforwardly explain why one particular subgroup’s welfare (women) is more important than another’s (men). The dynamic coordination account – which posits that people take sides in moral disputes on the basis of observable actions to achieve coordination and reduce punishment costs (DeScioli & Kurzban, 2013) – doesn’t seem to get us very far either for two reasons: first, the model explicitly rejects the idea that moral sentiments should be tied to individual identities, so it’s not at all clear why one gender’s issues might be perceived differently and, second, because the observed part – the gender disparity – is not what people seem to be condemning; they are condemning the perceived cause of that disparity, and their perceptions may well be inaccurate on that front). 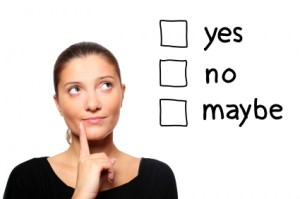 Because we know gender disparities can never be caused by choice; only sexism against women.

It seems more plausible to me that the selective attention and moral outrage that gets directed against particular gender “gaps” relates more to managing one’s association value to others. That is to say that supporting someone on a moral issue relates more to alliance politics than it does coordination or altruism. If, for instance, women happen to possess some resource (such as their reproductive capacity) that makes them more valuable socially (relative to non-women), then you might well find that people are, in general, more interested in catering to their issues. Even if one is not personally interesting in catering to those issues, however, if enough other people happen to be on the “women’s side” (provided such a term is meaningful, which I don’t think it is, but let’s use it anyway), siding against them can be a bad idea all the same: by doing so you might become a target of condemnation by proxy, even if you have personally done nothing particularly wrong, as you are preventing that group from achieving its goal. Now all of this speculation is founded on the idea that these “pro-women” biases actually exist, and I think that requires more empirical work to be demonstrated with greater certainty, but the anecdotes reviewed by Browne (2013) provide some good initial reasons to think such a phenomenon may well be real.