A little over a year ago, a video entitled, “Why men and women can’t be friends” was uploaded to YouTube. In the video, a man approaches various men and women and presents them with the question, “can men and women just be friends?”. While many of the woman answered in the affirmative, most of the men seemed to answer in the negative, suggesting that men would generally be interested in something more; something sexual. When asked about whether their male friends were interested in having sex them, many of the women seemed to similarly acknowledge that, yes, their male friends probably were interested, so maybe there was more lurking behind that “just friendship”. In a follow-up video, the same man asked whether it would be alright for people in relationships to hang out alone with same-sex friends. While the men seemed to be of relatively one mind (no, it would not be appropriate), women, again, initially stated that opposite-sex friends are fine. However, when confronted with the possibility of their significant other hanging out alone with a member of opposite-sex, the tune seemed to change dramatically: now men and women agreed that they would, indeed, be bothered by that state of events. 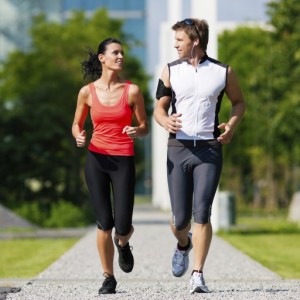 So why the discrepancy in women’s responses, but not men’s? Perhaps it’s simply due to the magic of video editing, where only certain responses were kept to make a point, but, working under the assumption that’s not happening, I think there’s something interesting going on here. Understanding what that something is will require us to dig deeper into two concepts that have been floating around for some time: “the friend zone” and “Nice guys”. The friend zone, as many of you know, refers to the context where someone wants a relationship with another, but that other doesn’t return the affection. Since the interest isn’t mutual, the party interested in the relationship settles for a friendship with the target of their affections, often with the hope that someday things will change. “Nice guys” on the other hand, are typically men who are stuck in the friend zone and, upon the eventual realization that their friendship will probably not transition into a relationship, become irritated with the person they were interested in, resulting in the friendship being called off and feelings being hurt. The friendship, after all, is not what they were after; they wanted the full relationship (or at least an occasional hook up).

“Nice guys”, in other words, are only being nice because they want to get sex, so they’re not really nice, people seem to feel; hence the quotation marks. Further, “nice guys” are frequently socially maligned, seemingly because of their (actually held or assumed to be held) attitude that women are obligated to have sex or start a relationship with them because they are nice (whether any substantial number of them consciously think this is another matter entirely). Alternatively, “nice guys” are looked down on because they view the friendship – or the friend zone – as, at best, a consolation prize to what they were actually going after or, at worst, something they couldn’t care less about having. The nerve of these people; insisting that just a friendship isn’t enough! There are some very peculiar things about the label of “nice guy”, though; things that don’t quite fit at first glance. The first of these is that the earning of the “nice guy” label appears to be contingent on the target of the affections not returning them. If whomever the “nice guy” is interested in does return the affections, there is no way to tell whether he was “nice guy” or one of those actually nice guys. In other words, you could have two identical guys enacting identical sets of behavior right up to the moment of truth: if the target returns the man’s affections, he’s a nice guy; if she doesn’t and the man doesn’t find that state of affairs satisfactory, he is now a “nice guy”; not a nice guy.

That, however, is only a surface issue. The much more substantial issue is in the label itself, which would, given its namesake, seem to imply that the problem is the nice behavior of the guys, rather than the attitude of entitlement that the label is ostensibly aimed at. This is very curious. If the entitled attitude is what is supposed to be the problem of the people this term is aimed at, why would the label focus on their otherwise nice behavior; behavior that might not differ in any substantial way from the behavior of genuine nice guys? Further, why is the label male-specific (it’s “nice guys” not “nice people”, and even when it’s a woman doing it, well, she’s just being a “nice guy” too)? With these two questions in mind, we’re now prepared to begin to tackle the initial question: why do women’s response to the friendship questions, but not men’s, seem discrepant? 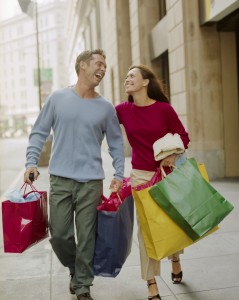 “Thanks for taking me shopping; I’m so lucky to have a friend like you…”

Let’s take the questions in a partially-reversed order: the first is why the term focuses on the nice behavior. The answer here is would seem to revolve around the matter of cooperation and reciprocity more generally. In the social world, when an altruistic individual provides you with a benefit at a cost to themselves, the altruist generally expects repayment at some point down the line. It’s what’s called reciprocal altruism – or, less formally, cooperation – and forms the backbone of pretty much every successful social relationship among non-kin (Trivers, 1971). However, sometimes relationships are not quite as reciprocal in nature: one individual will continuously reap the benefits of altruism without returning them in kind. Names for those types of individuals abound, though the most common are probably exploiters or cheaters. Having a reputation as a cheater is, generally speaking, bad for business when it comes to making and maintaining friendships, so it’s helpful to maintain a good reputation amongst others.

The implications for why the “nice guy” label focuses on otherwise nice behavior should be immediately apparent: if someone is behaving nicely towards you – even if that nice behavior might be unwanted – it creates the expectation of reciprocity, both among the altruist and potentially other third parties. Failing to return the favor, then, can make one look like a social cheater. This obviously puts the recipient in a bind: while they would certainly like to enjoy the benefits of the nice individual’s behavior (free meals, social support, and so on), they don’t want to have the obligation to repay it if it’s avoidable (it’s that expectation that makes people uncomfortable about accepting gifts; not because they don’t want said gifts). So how can that obligation be effectively avoided? One way seems to be to question the altruist’s motives: if the altruist was only giving to get something else (like sex), and if that something else is viewed to be of substantially more valuable than what was initially given (also like sex tends to be), one can frame the ostensible altruist as the exploiter, the cheater, or, in this case, the “nice guy”. If a woman wants to either (a) reap the benefits of nice guys, (b) avoid the costs in not reciprocating what the nice guy wants, or (c) both, then the label of “nice guy” can be quite effective. Since there behavior wasn’t actually nice, there’s no need to reciprocate it.

Bear in mind, none of this needs to be consciously entertained. In fact, in some cases it’s better to not have conscious awareness of such things. For instance, to make that reframing (nice to “nice”) more successful, the person doing the reframing has to come off as having innocent motives themselves: if the woman in question was explicit about her desire to take advantage of men’s niceness towards her with no intentions of any repayment, she’s back to being the cheater in the situation (just as the “nice guy’s” behavior is back to just being plain old nice, if a bit naive). Understanding this point helps us answer the third question: why are women’s responses to the friendship question seemingly discrepant? Conscious awareness of these kinds of mental calculations will typically do a woman no favors, as they might “leak out” into the world, so to speak. To think of it in another way, you’ll have an easier time trying to convince people that you didn’t do something wrong if you legitimately can’t access any memories of you doing something wrong (as opposed to having access to those memories and needing to suppress them). To relate this to the answers in the videos, when a woman is receiving benefits from her male friends, keeping the knowledge that her male friends are trying to get something more from her out of mind can help her defend against the criticism of being a social cheater, as well as avoid the need to pay her male friends back. On the other hand, when it’s her boyfriend who’s now being “nice” to other women, there are benefits to her being rather aware of the underlying motives. 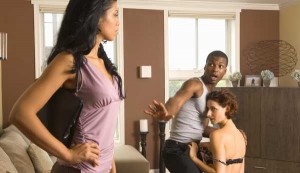 “I swear I was just giving her my opinion about her new bra as a friend!”

Finally, we turn to the answer to second question, the answer to which ought to be obvious by now: why is the “nice guy” term male-specific? This answer has a lot to do with the simple fact that, all else being equal, women do prefer men who invest in them, both in the short and long term, but investment plays a substantially lessened role for women in drawing and maintaining male interest (Buss, 2003). Put simply, males invest because females tend to find that investment attractive. So, to sum up, women want to receive investment and males are generally willing to provide that investment. However, male investment typically comes contingent on the possibility or reality of mating, and when that possibility is withdrawn, so too does male investment wane. The term “nice guy” might serve to both avoid the costs that come with receiving that investment but not returning it, as well as a potential shaming tactic for men who withdraw their niceness when it becomes clear that niceness will not pay off as intended. Similarly, a woman might doubt her partner’s “niceness” when it’s directed towards another. This analysis, however, only examines the female-end of things; males face a related set of problems, just from a different angle. Further, the underlying male strategy is, I assure you, not any less strategic.

One comment on ““Nice Guys”, The Friend Zone, And Social Semantics”