While I’ve touched on the issues surrounding the concept of “fairness” before, there’s one particular term that tends to follow the concept around like a bad case of fleas: inequality aversion. Following the proud tradition of most psychological research, the term manages to both describe certain states of affairs (kind of) without so much as an iota of explanatory power, while at the same time placing the emphasis on, conceptually, the wrong variable. In order to better understand why (some) people (some of the time) behave “fairly” towards others, we’re going to need to address both of the problems with the term. So, let’s tear the thing down to the foundation and see what we’re working with. 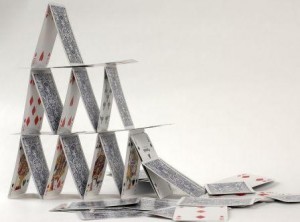 “Be careful; this whole thing could collapse for, like, no reason”

Let’s start off with the former issue: when people talk about inequality aversion, what are they referring to? Unsurprisingly, the term would appear to refer to the fact that people tend to show some degree of concern for how resources are divided among multiple parties. We can use the classic dictator game as a good example: when given full power over the ability to divide some amount of money, dictator players often split the money equally (or near-equally) between themselves and another player. Further, the receivers in the dictator games also tend to both respond to equal offers with favorable remarks and respond to unequal offered with negative remarks (Ellingsen & Johannesson, 2008). The remaining issue, then, concerns how are we to interpret findings like this, and why should we interpret them in such a fashion

Simply stating that people are averse to inequality is, at best, a restatement of those findings. At worst, it’s misleading, as people will readily tolerate inequality when it benefits them. Take the dictators in the example above: many of them (in fact, the majority of them) appear perfectly willing to make unequal offers so long as they’re on the side that’s benefiting from that inequality. This phenomena is also illustrated by the fact that, when given access to asymmetrical knowledge, almost all people take advantage of that knowledge for their own benefit (Pillutla & Murnighan,1995). As a final demonstration, take two groups of subjects; each subject given the task of assigning themselves and another subject to one of two tasks: the first task is described as allowing the subject a chance to win $30, while the other task has no reward and is described as being dull and boring.

In the first of these two groups, since subjects can assign themselves to whichever task they want, it’s perhaps unsurprising that 90% of the subjects assigned themselves to the more attractive task; that’s just simple, boring, self-interest. Making money is certainly preferable to being bored out of your mind, but automatically assigning yourself to the positive task might not be considered the fairest option The second group, however, flipped a coin in private first to determine how they would assign tasks, and following that flip made their assignment. In this group, since coins are impartial and all, it should not come as a surprise that…90% of the subjects again assigned themselves to the positive task when all was said and done (Batson, 2008). How very inequality averse and fair of them. 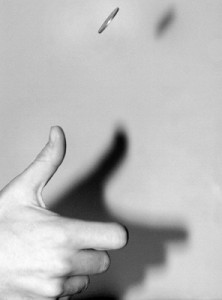 A recent (and brief) paper by Houser and Xiao (2010) examined the extent to which people are apparently just fine with inequality, but from the opposite direction: taking money away instead of offering it. In their experiment, subjects played a standard dictator game at first. The dictator had $10 to divide however they chose. Following this division, both the dictator and the receiver were given an additional $2. Finally, the receiver was given the opportunity to pay a fixed cost of $1 for the ability to reduce the dictator’s payoff by any amount. Another experimental group took part in the same task, except the dictator was passive in the second experiment; the division of the $10 was made at random by a computer program, representing simple chance factors.

A general preference to avoid inequality would, one could predict, be relatively unconcerned with the nature of that inequality: whether it came about through chance factors or intentional behavior should be irrelevant. For instance, if I don’t like drinking coffee, I should be relatively averse to the idea whether I was randomly assigned to drink it or whether someone intentionally assigned me to drink it. However, when it came to the receivers deciding whether or not to “correct” the inequality, precisely how that inequality came about mattered: when the division was randomly determined, about 20% of subjects paid the $1 in order to reduce the other player’s payoff, as opposed to the 54% of subjects who paid the cost in the intentional condition (Note: both of these percentages refer to cases in which the receiver was given less than half of the dictator’s initial endowment). Further still, the subjects in the random treatment deducted less, on average, than the subjects in the intention treatment.

The other interesting part about this punishment, as it pertains to inequality aversion, is that most people who did punish did not just make the payoffs even; the receivers deducted money from the dictators to the point that the receivers ended up with more money overall in the end. Rather than seeking equality, the punishing receivers brought about inequality that favored themselves, to the tune of 73% of the punishers in the intentional treatment and 66% in the random treatment (which did not differ significantly). The authors conclude:

…[O]ur data suggest that people are more willing to tolerate inequality when it is cause by nature than when it is intentionally created by humans. Nevertheless, in both cases, a large majority of punishers attempt to achieve advantageous inequality. (p.22) 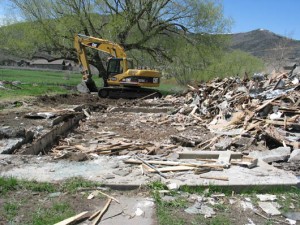 Now that the demolition is over, we can start rebuilding.

This punishment finding also sheds some conceptual light on why inequality aversion puts the emphasis on the wrong variable: people are not averse to inequality, per se, but rather seem to be averse to punishment and condemnation, and one way of avoiding punishment is to make equal offers (of the dictators that made an equal or better offer, only 4.5% were punished). This finding highlights the problem of assuming a preference based on an outcome: just because some subjects make equal offers in a dictator game, it does not follow that they have a genuine preference for making equal offers. Similarly, just because men and women (by mathematical definition) are going to have the same number of opposite-sex sexual partners, it does not follow that this outcome was obtained because they desired the same number.

That is all, of course, not to say that preferences for equality don’t exist at all, it’s just that while people may have some motivations that incline them towards equality in some cases, those motivations come with some rather extreme caveats. People do not appear averse to inequality generally, but rather appear strategically interested in (at least) appearing fair. Then again, fairness really is a fuzzy concept, isn’t it?