For those of you who haven’t have been following such things lately, Daniel Tosh recently catalyzed an internet firestorm of offense.The story goes something like this: at one of his shows, he was making some jokes or comments about rape. One woman in the audience was upset by whatever Daniel said and yelled out that rape jokes are never funny. In response to the heckler, Tosh either (a) made a comment about how the heckler was probably raped herself, or (b) suggested it would be funny were the heckler to get raped, depending upon which story you favor. The ensuing outrage seems to have culminated in a petition to have Daniel Tosh fired from Comedy Central, which many people ironically suggested has nothing at all to do with censorship.

This whole issue has proved quite interesting to me for several reasons. First, it highlights some of the problems I recently discussed concerning third party coordination: namely that publicly observable signals aren’t much use to people who aren’t at least eye witnesses. We need to rely on what other people tell us, and that can be problematic in the face of conflicting stories. It also demonstrated the issues third parties face when it comes to inferring things like harm and intentions: the comments about the incident ranged from a heckler getting what they deserved through to the comment being construed as a rape threat. Words like “rape-apologist” then got thrown around a lot towards Tosh and his supporters. 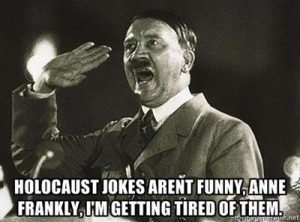 While reading perhaps the most widely-circulated article about the affair, I happened to come across another perceptual claim that I’d like to talk about today:

According to the CDC, one in four female college students report that they’ve been sexually assaulted (and when you consider how many rapes go unreported, because of the way we shame victims and trivialize rape, the actual number is almost certainly much higher).

Twenty-five percent would appear alarmingly high; perhaps too high, especially when placed in the context of a verbal mud-slinging. A slightly involved example should demonstrate why this claim shouldn’t be taken at face value: in 2008, the United States population was roughly 300 million (rounding down). To make things simple, let’s assume (a) half the population is made up of women, (b) the average woman finishing college is around 22 and (c) any woman’s chances of being raped are equal, set at 25%. Now, in 2008, there were roughly 15 million women in the 18-24 age group; they are our first sample. If the 25% number was accurate, you’d expect that, among women ages 18-24, 3.75 million of them should have been raped at some point throughout their lives, or roughly 170,000 rape victims per year in that cohort (assuming rape rates are constant from birth to 24). In other words, each year, roughly 1.13% of the women who hadn’t previously been raped would be raped (and no one else would be).

Let’s compare that 1% number to the number of  reported rapes in the entire US in 2008: thirty rapes per hundred-thousand people, or 0.03%. Even after doubling that number (assuming all reported rapes come from women, and women are half the population, so the reported number is out of fifty-thousand, not a hundred-thousand) we only make it to 0.06%. In order to make it to 1.13% you would have to posit that for each reported rape there were about 19 unreported ones. For those who are following along with the math, that would mean that roughly 95% of rapes would never have been reported. While 95% unreported might seem like a plausible rate to some it’s a bit difficult to verify.

Rape, of course, doesn’t have a cut-off point for age, so let’s expand our sample to include women ages 25-44. Using the same assumptions of a 1% growth rate in rape victims per year rate, that would now mean that by age 44 almost half of all women would have experienced an instance of rape. We’re venturing farther into the realm of claims losing face value. Combining those two figures would also imply that a woman between 18 and 44 is getting raped in the US roughly every 30 seconds. So what gives: are things really that bad, are the assumptions wrong, is my math off, or is something else amiss? 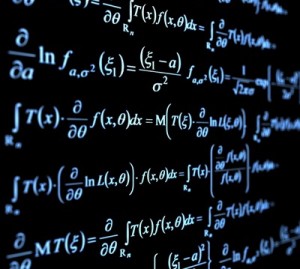 Since I can’t really make heads or tails of any of this, I’m going with my math.

Some of the assumptions are, in fact, not likely to be accurate (such as a consistent rate of victimization across age groups), but there’s more to it than that. Another part of the issue stems from defining the term “rape” in the first place. As Koss (1993) notes, the way she defined rape in her own research – the research that came upon that 25% figure – appeared to differ tremendously from the way her subjects did. The difference was so stark that roughly 75% of the participants that Koss had labeled as having experiencing rape did not, themselves, consider the experience to be rape. This is somewhat concerning for two big reasons: first, the perceived rate of rape might be a low-ball estimate (we’ll call this the ignorance hypothesis), or the rate of rape might be being inflated rather dramatically by definitional issues (we’ll call this the arrogance hypothesis).

Depending on your point of view – what you perceive to be, or label as, rape – either one of these hypotheses could be true. What is not true is the notion that one in four college-aged women report that they’ve been sexually assaulted; they might report they’ve had unwanted sex, or have been coerced into having sex, but not that they were assaulted. As it turns out, that’s quite a valuable distinction to make.

Hamby and Koss (2003) expanded on this issue, using focus groups to help understand this discrepancy. Whereas one in four women might describe their first act of intercourse as something they went along with but was unwanted, only one in twenty-five report that it was forced (in, ironically, a forced-choice survey). Similarly, while one in four women might report that they gave into having sex due to verbal or psychological pressure, only one in ten report that they engaged in sexual intercourse because of the use or threat of physical force. It would seem that there is a great deal of ambiguity surrounding words like coercion, force, voluntary, or unwanted when it comes to asking about sexual matters: was the mere fear of force, absent any explicit uses or threats enough to count? If the woman didn’t want to have sex, but said yes to try and maintain a relationship, did that count as coercion? The focus groups had many questions, and I feel that means many researchers might be measuring a number of factors they hadn’t intended on, lumping all of them together under the umbrella of sexual assault.

The focus groups, unsurprisingly, made distinctions between wanting sex and voluntarily having sex; they also noted that it might often be difficult for people to distinguish between internal and external pressures to have sex. These are, frankly, good distinctions to make. I might not want to go into work, but that I show up there anyway doesn’t mean I was being made to work involuntarily. I might also not have any internal motivation to work, per se, but rather be motivated to make money; that I can only make money if I work doesn’t mean most people would agree that the person I work for is effectively forcing me to work. 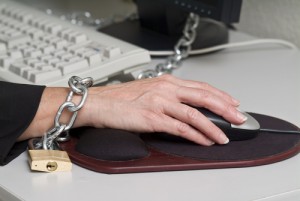 No one makes me wear it; I just do because I think it’s got swag

When we include sex that was acquiesced to, but unwanted, in these figures – rather than what the women themselves consider rape – then you’ll no doubt find more rape. Which is fine, as far as definitional issues go; it just requires the people reporting these numbers to be specific as to what they’re reporting about. As concepts like wanting, forcing, and coercing are measured in degree rather than kind, one could, in principle, define rape in a seemingly endless number of ways.This puts the burden on researchers to be as specific as possible when formulating these questions and drawing their conclusions, as it can be difficult to accurately infer what subjects were thinking about when they were answering the questions.