As I find myself currently recovering from a cold, it’s a happy coincidence that I had planned to write about people’s intuitions about healthcare this week. In particular, a new paper by Jensen & Petersen (2016) attempted to demonstrate a fairly automatic cognitive link between the mental representation of someone as “sick” and of that same target as “deserving of help.” Sickness is fairly unique in this respect, it is argued, because of our evolutionary history with it: as compared with what many refer to as diseases of modern lifestyle (including those resulting from obesity and smoking), infections tended to strike people randomly; not randomly in the sense that anyone is equally as likely to get sick, but more in the sense that people often had little control over when they did. Infections were rarely the result of people intentionally seeking them out or behaving in certain ways. In essence, then, people view those who are sick as unlucky, and unlucky individuals are correspondingly viewed as being more deserving of help than those who are responsible for their own situation.

This cognitive link between luck and deservingness can be partially explained by examining expected returns on investment in the social world (Tooby & Cosmides, 1996). In brief, helping others takes time and energy, and it would only be adaptive for an organism to sacrifice resources to help another if doing so was beneficial to the helper in the long term. This is often achieved by me helping you at a time when you need it (when my investment is more valuable to you than it is to me), and then you helping me in the future when I need it (when your investment is more valuable to me than it is to you). This is reciprocal altruism, known by the phrase, “I scratch your back and you scratch mine.” Crucially, the probability of receiving reciprocation from the target you help should depend on why that target needed help in the first place: if the person you’re helping is needy because of their own behavior (i.e., they’re lazy), their need today is indicative of their need tomorrow. They won’t be able to help you later for the same reasons they need help now. By contrast, if someone is needy because they’re unlucky, their current need is not as diagnostic of their future need, and so it is more likely they will repay you later. Because the latter type is more likely to repay than the former, our intuitions about who deserves help shift accordingly.

As previously mentioned, infections tend to be distributed more randomly; my being sick today (generally) doesn’t tell you much about the probability of my future ability to help you once I recover. Because of that, the need generated by infections tends to make sick individuals look like valuable targets of investment: their need state suggests they value your help and will be grateful for it, both of which likely translate into their helping you in the future. Moreover, the needs generated by illnesses can frequently be harmful, even to the point of death if assistance isn’t provided. The greater the need state to be filled, the greater the potential for alliances to be formed, both with and against you. To place that point in a quick, yet extreme, example, pulling someone from a burning building is more likely to ingratiate them to you than just helping them move; conversely, failing to save someone’s life when it’s well within your capabilities can set their existing allies against you.

The sum total of this reasoning is that people should intuitively perceive the sick as more deserving of help than those suffering from other problems that cause need. The particular other problem that Jensen & Petersen (2016) contrast sickness with is unemployment, which they suggest is a fairly modern problem. The conclusion drawn by the authors from these points is that the human mind – given its extensive history with infections and their random nature – should automatically tag sick individuals as deserving of assistance (i.e., broad support for government healthcare programs), while our intuitions about whether the unemployed deserve assistance should be much more varied, contingent on the extent to which unemployment is viewed as being more luck- or character-based. This fits well with the initial data that Jensen & Petersen (2016) present about the relative, cross-national support for government spending on healthcare and unemployment: not only is healthcare much more broadly supported than unemployment benefits (in the US, 90% vs 52% of the population support government assistance), but support for healthcare is also quite a bit less variable across countries. 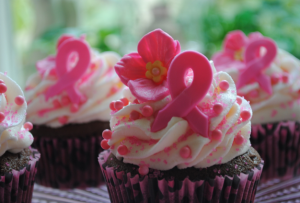 Some additional predictions drawn by the authors were examined across a number of studies in the paper, only two of which I would like to focus on for length constraints. The first of these studies presented 228 Danish participants with one of four scenarios: two in which the target was sick and two in which the target was unemployed. In each of these conditions, the target was also said to be lazy (hasn’t done much in life and only enjoys playing video games) or hardworking (is active and does volunteer work; of note, the authors label the lazy/hardworking conditions as high/low control, respectively, but I’m not sure that really captures the nature of the frame well). Participants were asked how much an individual like that deserved aid from the government when sick/unemployed on a 7-point scale (which was converted to a 0-1 scale for ease of interpretation).

Overall, support for government aid was lower in both conditions when the target was framed as being lazy, but this effect was much larger in the case of unemployment. When it came to the sick individual, support for healthcare for the hardworking target was about a 0.9, while support for the lazy one dipped to about 0.75; by contrast, the hardworking unemployed individual was supported with benefits at about 0.8, while the lazy one only received support around the 0.5 point. As the authors put it, the effect of the deservingness information was about 200% less influential when it came to sickness.

There is an obvious shortcoming in that study, however: being lazy has quite a bit less to do with getting sick than it does to getting a job. This issue was addressed better in the third study where the stimuli were more tailored to the problems. In the case of unemployed individuals, they were described as being unskilled workers who were told to get further training by their union, with the union even offering to help. The individual either takes or does not take the additional training, but either way eventually ends up unemployed. In the case of healthcare, the individual is described as being a long-term smoker who was repeatedly told by his doctor to quit. The person either eventually quits smoking or does not, but either way ends up getting lung cancer. The general pattern of results from study two replicated again: for the smoker, support for government aid hovered around 0.8 when he quit and 0.7 when he did not; for the unemployed person, support was about 0.75 when he took the training and around 0.55 when he did not. 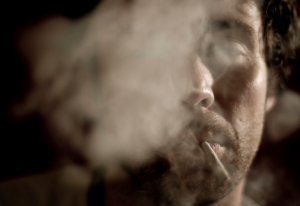 “He deserves all that healthcare for looking so cool while smoking”

While there does seem to be evidence for sicknesses being cognitively tagged as more deserving of assistance than unemployment (there were also some association studies I won’t cover in detail), there is a recurrent point in the paper that I am hesitant about endorsing fully. The first mention of this point is found early on in the manuscript, and reads:

“Citizens appear to reason as if exposure to health problems is randomly distributed across social strata, not noting or caring that this is not, in fact, the case…we argue that the deservingness heuristic is built to automatically tag sickness-based needs as random events…”

A similar theme is mentioned later in the paper as well:

“Even using extremely well-tailored stimuli, we find that subjects are reluctant to accept explicit information that suggests that sick people are undeserving.”

In general I find the data they present to be fairly supportive of this idea, but I feel it could do with some additional precision. First and foremost, participants did utilize this information when determining deservingness. The dips might not have been as large as they were for unemployment (more on that later), but they were present. Second, participants were asked about helping one individual in particular. If, however, sickness is truly being automatically tagged as randomly distributed, then deservingness factors should not be expected to come into play when decisions involve making trade-offs between the welfare of two individuals. In a simple case, a hospital could be faced with a dilemma in which two patients need a lung transplant, but only a single lung is available. These two patients are otherwise identical except one has lung cancer due to a long history of smoking, while the other has lung cancer due to a rare infection. If you were to ask people which patient should get the organ, a psychological system that was treating all illness as approximately random should be indifferent between giving it to the smoker or the non-smoker. A similar analysis could be undertaken when it comes to trading-off spending on healthcare and non-healthcare items as well (such as making budget cuts to education or infrastructure in favor of healthcare).

Finally, there are two additional factors which I would like to see explored by future research in this area. First, the costs of sickness and unemployment tend to be rather asymmetric in a number of ways: not only might sickness be more often life-threatening than unemployment (thus generating more need, which can swamp the effects of deservingness to some degree), but unemployment benefits might well need to be paid out over longer periods of time than medical ones (assuming sickness tends to be more transitory than unemployment). In fact, unemployment benefits might actively encourage people to remain unemployed, whereas medical benefits do not encourage people to remain sick. If these factors could somehow be held constant or removed, a different picture might begin to emerge. I could imagine deservingness information mattering more when a drug is required to alleviate discomfort, rather than save a life. Second - though I don’t know to what extent this is likely to be relevant – the stimulus materials in this research all ask about whether the government ought to be providing aid to sick/unemployed people. It is possible that somewhat different responses might have been obtained if some measures were taken about the participant’s own willingness to provide that aid. After all, it is much less of a burden on me to insist that someone else ought to be taking care of a problem relative to taking care of it myself.

Tooby, J. & Cosmides, L. (1996). Friendship and the banker’s paradox:Other pathways to the evolution of adaptations for altruism. Proceedings of the British Academy, 88, 119-143