Here’s a curious story: Kim Kardashian recently decided to sell some personal items on eBay. She also mentioned that 10% of the proceeds would be donated to typhoon relief in the Philippines. On the face of it, there doesn’t appear to be anything morally objectionable going on here: Kim is selling items on eBay (not an immoral behavior) and then giving some of her money freely to charity (not immoral). Further, she made this information publicly available, so she’s not lying or being deceitful about how much money she intends to keep and how much she intends to give (also not immoral). If the coverage of the story and the comments about it are any indication, however, Kim has done something morally condemnable. To select a few choice quotes, Kim is, apparently “the centre of all evil in the universe“, is “insulting” and “degrading” people, is “greedy” and “vile“. She’s also a “horrible bitch” and anyone who takes part in the auction is “retarded“. One of the authors expressed the hope that ”…[the disaster victims] give you back your insulting “portion of the proceeds” which is a measly 10% back to you so you can choke on it“. Yikes.

Just shred the money, add some chicken and ranch, and you’re good to go.

Now one could wonder whether the victims of this disaster would actually care that some of the money being used to help them came from someone who only donated 10% of her eBay sales. Sure; I’d bet the victims would likely prefer to have more money donated from every donor (and non-donor), but I think just about everyone in the world would rather have more money than they currently do. Though I might be mistaken, I don’t think there are many victims who would insist that the money be sent back because there wasn’t enough of it. I would also guess that, in terms of the actual dollar amount provided, Kim’s auctions probably resulted in more giving than many or most other actual donors, and definitely more than anyone lambasting Kim who did not personally give (of which I assume there are many). Besides the elements of hypocrisy that are typical to disputes on this nature, there is one facet of this condemnation that really caught my attention: people are saying Kim is a bad person for doing this not because she did anything immoral per se, but because she failed to do something laudable to a great-enough degree. This is akin to suggesting someone should be punished for only holding a door open for five people, despite them not being required to hold it open for anyone.

Now one might suggest that what Kim did wasn’t actually praiseworthy because she made money off of it: Kim is self-interested and is using this tragedy to advance her personal interests, or so the argument goes. Perhaps Kim was banking on the idea that giving 10% to charity would result in people paying more for the items themselves and offsetting the cost. Even if that was the case, however, it still wouldn’t make what she was doing wrong for two reasons: first, people profit from selling good or services continuously, and, most of the time, people don’t deem those acts as morally wrong. For instance, I just bought groceries, but I didn’t feel a moral outrage that the store I bought them from profited off me. Secondly, it would seem that even if Kim did benefit by doing this, it’s a win-win situation for her and the typhoon victims. While mutual benefit make make gauging Kim’s altruistic intentions difficult, it would not make the act immoral per se. Furthermore, it’s not as if Kim’s charity auction coerced anyone into paying more than they otherwise would have; how much to pay would be the decision of the buyers, whom Kim could not directly control. If Kim ended up making more money off those than she otherwise would have, it’s only because other people willingly gave her more. So why are people attempting to morally condemn her? She wasn’t dishonest, she didn’t do anyone direct harm, she didn’t engage in any behavior that is typically deemed “immoral”, and the result of her actions were that people were better off. If one wants to locate the focal point of people’s moral outrage about Kim’s auction, then, it will involve digging a little deeper psychologically.

One promising avenue to begin our exploration of the matter is a chapter by Petersen, Sell, Tooby, & Cosmides (2010) that discussed our evolved intuitions about criminal justice. In it, they discuss the concept of a welfare tradeoff ratio (WTR). A WTR is, essentially, one person’s willingness to give up some amount of personal welfare to deliver some amount of welfare to another. For instance, if you were given the choice between $6 for yourself and $1 for someone else or $5 for both of you, choosing the latter would represent a higher WTR: you would be willing to forgo $1 so that another individual could have an additional $4. Obviously, it would be good for you if other people maintained a high WTR towards you, but others are not so willing to give up their own welfare without some persuasion. One way (among many) of persuading someone to put more stock in your welfare is to make yourself look like a good social investment. If benefiting you will benefit the giver in the long run – perhaps because you are currently experiencing the bad luck of a typhoon destroying your home, but you can return to being a productive associate in the future if you get help – then we should expect people to up-regulate their WTR towards you. 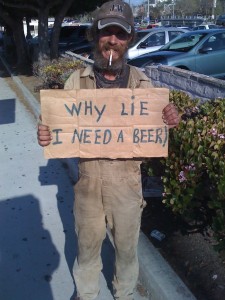 Some other pleas for assistance are less liable to net good payoffs.

The intuition that Kim’s moral detractors appear to be expressing, then, is not that Kim is wrong for displaying a mildly positive WTR per se, but that the WTR she displayed was not sufficiently high, given her relative wealth and the disaster victim’s relative need. This makes her appear to be a potentially-poor social investment, as she is relatively-unwilling to give up much of her own welfare to help others, even when they are in desperate need. Framing the discussion in this light is useful insomuch as it points us in the right direction, but it only gets us so far. We are left with the matter of figuring out why, for instance, most other people who were giving to charity were not condemned for not giving as much as they realistically could have, even if it meant them foregoing or giving up some personal items or pleasurable experiences themselves (i.e. “if you ate out less this week, or sold some of your clothing, you too could have contributed more to the aid efforts; you’re a greedy bitch for not doing so”).

It also doesn’t explain why anyone would suggest that it would have been better for Kim to have given nothing at all instead of what she did give. Though we see that kind of rejection of low offers in bargaining contexts – like ultimatum games – we typically don’t see as much of it in altruistic ones. This is because rejecting the money in bargaining contexts has an effect on the proposer’s payoff; in altruistic contexts, rejection has no negative effect on the giver and should effect their behavior far less. Even more curious, though: if the function of such moral condemnation is to increase one’s WTR towards others more generally, suggesting that Kim giving no amount would have been somehow better than what she did give is exceedingly counterproductive. If increasing WTRs was the primary function of moral condemnation, it seems like the more appropriate strategy would be to start with condemning those people – rich or not – who contributed nothing, rather than something (as those who give nothing, arguably, displayed a lower WTR towards the typhoon victims than Kim did). Despite that, I have yet to come across any articles berating specific individuals or groups for not giving at all; they might be out there, but they generated much less publicity if they were. We need something else to complete the account of why people seem to hate Kim Kardashian for not giving more.

Perhaps that something more is that the other people who did not donate were also not trying to suggest they were behaving altruistically; that is, they were not trying to reap the benefits of being known as an altruist, whereas Kim was, but only halfheartedly. This would mean Kim was sending a less-than-honest signal. A major complication with that account, however, is that Kim was, for all intents and purposes, acting altruistically; she could have been praised very little for what she did, rather than condemned. Thankfully, the condemnation towards Kim is not the only example of this we have to draw upon. These kinds of claims have been advanced before: when Tucker Max tried to donate $500,000 to planned parenthood, only to be rejected because some people didn’t want to associate with him. The arguments being made against accepting that sizable donation centered around (a) the notion that he was giving for selfish reasons and (b) that others would stop supporting planned parenthood if Tucker became associated with them. My guess is that something similar is at play here. Celebrities can be polarizing figures (for reasons which I won’t speculate about here), drawing overly hostile or positive reactions from people who are not affected by them personally. For whatever reason, there are many people who dislike Kim and would like to either avoid being associated with her altogether and/or see her fall from her current position in society. This no doubt has an effect on how they view her behavior. If Kim wasn’t Kim, there’s a good chance no one would care about this kind of charity-involving auction. 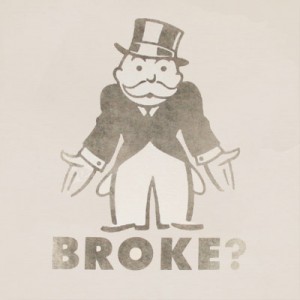 Much better; now giving only 10% is laudable.

As I mentioned in my last post, children appear to condone harming others with whom they do not share a common interest. The same behavior – in this case, giving 10% of your sales to help others – is likely to be judged substantially differently contingent on who precisely is enacting the behavior. Understanding why people express moral outrage at welfare-increasing behaviors requires a deeper examination of their personal strategic interests in the matter. We should expect that state of affairs for a simple reason: benefiting others more generally is not universally useful, in the evolutionary sense of the word. Sometimes it’s good for you if certain other people are worse off (though this argument is seldom made explicitly). Now, of course, that does mean that people will, at times, ostensibly advocate for helping a group of needy people, but then shun help, even substantial amounts of help, when it comes from the “wrong” sources. They likely do what they do because such condemnation will either harm those “wrong” sources directly or because allowing the association could harm the condemner in some way. Yes; that does mean the behavior of these condemners has a self-interested component; the very thing they criticized Kim for. Without considerations of these strategic, self-interested motivations, we’d be at a loss for understanding why giving to typhoon victims is sometimes morally wrong.