Earlier this week I got an email from a reader, Patrick, who recommended I review a paper entitled, “More than “just a joke”: The prejudice-releasing function of sexist humor” by Ford et al (2007). As I happen to find discussions of sexism quite interesting and this article reviewable, I’m happy to share some of my thoughts about it. I would like to start by noting that the title of the article is a bit off-putting for me due to the author’s use of word “function”. While I’m all for more psychological research taking a functionalist perspective, their phrasing would, at least in my academic circle, carry the implication that the use of sexist humor evolved because of its role in releasing prejudice, and I’m fairly certain that is not the conclusion that Ford et al (2007) intended to convey. Though Ford et al (2007) manage to come close to something resembling a functionalist account (there is some mention of costs and the avoiding of them), it’s far from close enough for the coveted label of “function” to be applied. Until their account has been improved in that regard, I feel the urge to defend my academic semantic turf. 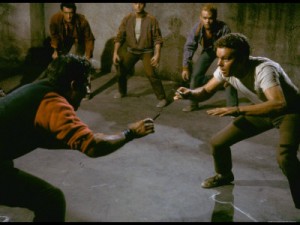 So grab your knife and best dancing shoes.

Concerning the study itself, Ford et al (2007) sought to demonstrate that sexist humor would lead men who were high in “hostile sexism” to act in a discriminatory fashion towards women. Broadly speaking, the authors suggest that people who hold sexist beliefs often try to suppress the expression of those beliefs in the hopes of avoiding condemnation by others who are less sexist; however, when condemnation is perceived to be unlikely, those who hold sexist beliefs will stop suppressing them, at least to some extent. The authors further suggest that humor can serve to create an atmosphere where condemnation of socially unpopular views is perceived as less likely. Stringing this all together, we end up with the conclusion that sexist humor can create an environment that sexist men will perceive as more welcoming for their sexist attitudes, which they will subsequently be more likely to express.

Across two studies, Ford et al (2007) found support for this conclusion. In the first study, male subject’s hostile sexism scores were assessed through the “Ambivalent Sexism Inventory” 2 to 4 weeks prior to the study. The study itself involved presenting the males with one of three vignettes that included sexist jokes, sexist statements, or neutral jokes, followed by asking them how much they would hypothetically be willing to donate to a woman’s organization. The results showed that while measures of hostile sexism alone did not predict how much men were willing to donate, when confronted with sexist humor, those men who scored higher on the sexism measure tended to donate less of their hypothetical $20 to a woman’s group. Further, neither the sexist statements or neutral joke conditions had any effect on a man’s willingness to donate, regardless of his sexism score. In fact, though it was not significant, men who scored higher in hostile sexism were more likely to donate more to a woman’s group relative to those who scored low, following the sexist statements.

There are two important points to consider regarding this first set of findings. The first of these points relates to the sexist statement condition: if the mechanism through which Ford et al (2007) are proposing hostile sexism becomes acted upon is the perception of tolerance of sexist beliefs, the sexist statements condition is rather strange. In that condition, it would appear rather unambiguous that there is a local norm for the acceptance of sexism against women, yet the men high in sexism don’t seem to “release” theirs. This is a point that the authors don’t engage with, and that seems like a rather major oversight. My guess is that the point isn’t engaged in because it would be rather difficult for the author’s model to account for, but perhaps they had some other reason for not considering it (even though it easily could have easily and profitably been examined in their second study). The second point that I wanted to deal with concerns the way in which Ford et al (2007) seem to write about sexism. Like many people (presumably) concerned about sexism, they only appear concerned with one specific type of sexism: the type where men appear biased against women. 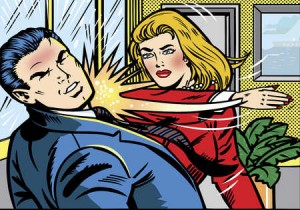 “If he didn’t want to get hit, he shouldn’t have provoked her!”

For instance, in the first study, the authors report, truthfully, that men higher in hostile sexism tended to donate less to a woman’s group then men lower in hostile sexism did. What they do not explicitly mention is how those two groups compare to a control: the neutral joke condition. Regardless of one’s sexism score, people donated equally in the neutral condition. In the sexist joke condition, those men high in hostile sexism donate less, relative to the neutral condition; on the other hand, those men low in hostile sexism donated more in the sexist humor condition, relative to the neutral control. While the former is taken as an indication of a bias against women, the latter is not discussed as a bias in favor of women. As I’ve written about before, only discussing one set of biases does not appear uncommon when it comes to sexism research, and I happen to find that peculiar. This entire study is dedicated towards looking at the result of ostensibly sexist attitudes held by men against women; there is no condition where women’s biases (either towards men or women) are assessed before and after hearing sexist jokes about men. Again, this is a rather odd omission if Ford et al (2007) are seeking to study gender biases (that is, unless the costs for expressing sexist beliefs are lower for women, though this point is never talked about either). The authors do at least mention in a postscript that women’s results on the hostile sexism scale don’t predict their attitudes towards other women, which kind of calls into question what this measure of “hostile sexism” is actually supposed to be measuring (but more on that later).

The second study had a few (only 15 per condition) male subjects watching sexist or non-sexist comedic skits in small groups, after which they were asked to fill out a measure concerning how they would allocate a 20% budget cut among 5 different school groups, one of which was a woman’s group (the others were an African American, Jewish, study abroad, and Safe Arrival for Everyone). Following this, subjects were asked how people in their group might approve of their budget cuts, as well as how others outside of the group might approve of their cuts. As before, those who were higher in hostile sexism were more likely to reduce more of the budget of the woman’s group, but only in the sexist joke condition. Those with higher hostile sexism scores were also more likely to deduct more money from the African American group as well, but only in the neutral humor condition, though little is said about this effect (the authors do mention it is unlikely to be driven by the same mechanism; I think it might just reflect chance). Those in the high sexism, sexist humor group were also likely to believe that others in their condition would approve of their budget reductions to the woman’s group, though they were no more likely to think students at large would approve of their budget cuts than other groups.

The sample size for this second study is a bit concerning. There were 30 subjects total, across two groups, and the sample was further divided by sexism scores. If we assume there were equal numbers of subjects with high and low sexism scores, we’re looking at only about 7 or 8 subjects per condition, and that’s only if we divide the sample by sexism scores above and below the mid-point. I can’t think of a good reason for collecting such a small sample, and I have some concerns that it might reflect data-peaking, though I have no evidence that it does. Nevertheless, the authors make a lot of the idea that subjects higher in sexism felt there was more consensus about the local approval rating of their budget cuts, but only in the sexist humor condition; that is, they might have perceived the local norms about sexism to be less condemning of sexist behavior following the sexist jokes. As I mentioned before, it would have been a good idea for them to test their mechanism using other, non-humor conditions, such as the sexist statement they used initially and subsequently dropped. There’s not much more to say about that except that Ford et al (2009) mention in their introduction the statement manipulations seemed to work as a releaser for racial bias without mentioning why they didn’t work for gender. 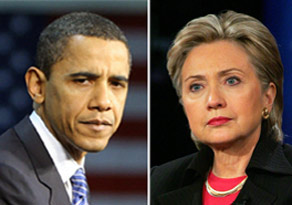 I would like to talk a bit more about the Ambivalent Sexism Inventory before finishing up. I took the test online in order to see what items were being used as research for this post (and you can as well, by following the link above) and I have some reservations as to what precisely it’s measuring. Rather than measuring sexism, per se, the hostile portion of the inventory appears to deal, at least in part, with whether one or one agrees with certain feminist ideas. For instance, two questions which stand out as being explicit about this are (1) “feminists are making entirely reasonable demands of men”, and (2) “feminists are not seeking for women to have more power than men”. Not only do such questions not necessarily reflect one’s views of women more generally (provided one can be said to have a view of women more generally), but they are so hopelessly vague in their wording that they can be interpreted to have a unacceptably wide range of meanings. As the two previous studies and the footnote demonstrate, there doesn’t seem to be a consistent main effect of one’s score on this test, so I have reservations as to whether it’s really tapping sexism per se.

The other part of the sexism inventory involves what is known as “benevolent sexism” – essentially the notion that men ought to do things for women, like gain their affection or protect and provide for them, or that women are in some respects “better” than men. As the website with the survey helpfully informs us, men and women don’t seem to differ substantially in this type of sexism. However, this type of benevolent sexism is also framed as sexism against women that could turn “ugly” for them; not as sexism directed against men, which I find curious, given certain questions (such as, “Women, compared to men, tend to have a superior moral sensibility.” or “Men should be willing to sacrifice their own well being in order to provide financially for the women in their lives.”). Since this is already getting long, I’ll just wonder aloud why no data of the measures of benevolent sexism appear in this paper anywhere, given that the authors appears to have collected it.

6 comments on “The Sometimes Significant Effects Of Sexism”