There’s an apparent order of operations frequently observed in human reasoning: politics first, facts second. People appear perfectly willing to accept flawed arguments or incorrect statistics they would otherwise immediately reject, just so long as they support the reasoner’s point of view; Greg Cochran documented a few such cases (in his simple and eloquent style) a few days ago on his blog. Such a bias in our reasoning ability is not only useful – inasmuch as persuading people to join your side of a dispute tends to carry benefits, regardless of whether you’re right or wrong – but it’s also common: we can see evidence of it in every group of people, from the uneducated to those with PhDs and decades of experience in their field. In my case, the most typical contexts in which I encounter examples of this facet of our psychology – like many of you, I would suspect – is through posts shared or liked by others on social media. Recently, these links have been cropping up concerning the topic of fear. More precisely, there are a number of writers who think that people (or at least those who disagree with them) are behaving irrationally regarding their fears of Islamic terrorism and the threat it poses to their life. My goal here is not to say that people are being rational or irrational about such things – I happen to have a hard time finding substance in such terms – but rather to provide a different perspective than the ones offered by the authors; one that is likely in the minority among my professional and social peers. 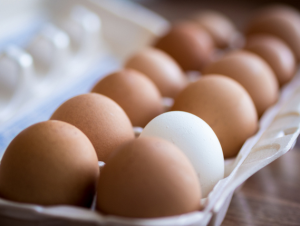 You can’t make an omelette without alienating important social relations

The first article on the chopping block was published on the New York Times website in June of last year. The article is entitled, “Homegrown extremists tied to deadlier toll than Jihadists in U.S. since 9/11,” and it attempts to persuade the reader that we, as a nation, are all too worried about the threat Islamic terrorism poses. In other words, American fears of terrorism are wildly out of proportion to the actual threat it presents. This article attempted to highlight the fact that, in terms of the number of bodies, right-wing, anti-government violence was twice as dangerous as Jihadist attacks in the US since 9/11 (48 deaths from non-Muslims; 26 by Jihadists). Since we seem to dedicate more psychological worry to Islam, something was wrong there There are three important parts of that claim to be considered: first, a very important word in that last sentence is “was,” as the body count evened out by early December in that year (currently at 48 to 45). This updated statistic yields some interesting questions: were those people who feared both types of attacks equally (if they existed) being rational or not on December 1st? Were those who feared right-wing attacks more than Muslim ones suddenly being irrational on the 2nd? The idea these questions are targeting is whether or not fears can only be viewed as proportionate (or rational) with the aid of hindsight. If that’s the case, rather than saying that some fears are overblown or irrational, a more accurate statement would be that such fears “have not yet been founded.” Unless those fears have a specific cut-off date (e.g., the fear of being killed in a terrorist attack during a given time period), making claims about their validity is something that one cannot do particularly well.

The  second important point of the article to consider is that the count begins one day after a Muslim attack that killed over 3,000 people (immediately; that doesn’t count those who were injured or later died as a consequence of the events). Accordingly, if that count is set back just slightly, the fear of being killed by a Muslim terrorist attack would be much more statistically founded, at least in a very general sense. This naturally raises the question of why the count starts when it does. The first explanation that comes to mind is that the people doing the counting (and reporting about the counting) are interested in presenting a rather selective and limited view of the facts that support their case. They want to denigrate the viewpoints of their political rivals first, and so they select the information that helps them do that while subtly brushing aside the information that does not. That seems like a fairly straightforward case of motivated reasoning, but I’m open to someone presenting a viable alternative point of view as to why the count needs to start when it does (such as, “their primary interest is actually in ignoring outliers across the board”).

Saving the largest for last, the final important point of the article to consider is that it appears to neglect the matter of base rates entirely. The attacks labeled as “right-wing” left a greater absolute number of bodies (at least at the time it was written), but that does not mean we learned right-wing attacks (or individuals) are more dangerous. To see why, we need to consider another question: how many bodies should we have expected? The answer to that question is by no means simple, but we can do a (very) rough calculation. In the US, approximately 42% of the population self-identifies as Republican (our right-wing population), while about 1% identifies as Muslim. If both groups were equally likely to kill others, then we should expect that the right-wing terrorist groups leave 42 bodies for every 1 that the Muslim group do. That ratio would reflect a genuine parity in threat. A count suggesting that this ratio was 2-to-1 at the time it written, and was 1-to-1 later that same year, we might reasonably conclude that the Muslim population, per individual member, is actually quite a bit more prone to killing others in terrorist attacks; if we factor in the 9/11 number, that ratio becomes something closer to 0.01-to-1, which is a far cry from demographic expectations. 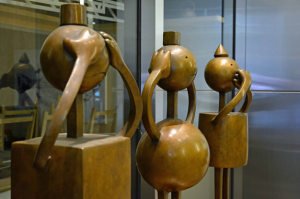 Thankfully, you don’t have to report inconvenient numbers

Another example comes from The New Yorker, published just the other day (perhaps is it something about New York that makes people publish these pieces), entitled, “Thinking rationally about terror.” The insinuation, as before, is that people’s fears about these issues do not correspond well to the reality. In order to make the case that people’s fears are wrongheaded, Lawrence Krauss leans on few examples. One of these concerns the recent shootings in Paris. According to Lawrence, these attacks represented an effective doubling of the overall murder rate in Paris from the previous year (2.6 murders per 100,000 residents), but that’s really not too big of a deal because that just makes Paris as dangerous as New York City, and people aren’t that worried about being killed in NYC (or are they? No data on that point is mentioned). In fact, Lawrence goes on to say, the average Paris resident is about as likely to have been killed in a car accident during any given year than to have been killed during the mass shooting. This point is raised, presumably, to highlight an irrationality: people aren’t concerned about being killed by cars for the most part, so they should be just as unconcerned about being killed by a terrorist if they want to be rational.

This point about cars is yet another fine example of an author failing to account for base rates. Looking at the raw body count is not enough, as people in Paris likely interact with hundreds (or perhaps even thousands; I don’t have any real sense for that number) of cars every day for extended periods of time. By contrast, I would imagine Paris residents interact markedly less frequently with Muslim extremists. Per unit of time spent around cars, they would pose what is likely a much, much lower threat of death than Muslim extremists. Further, people do fear the harm caused by cars (we look both ways before crossing a street, we restrict licenses to individuals who demonstrate their competence to handle the equipment, have speed limits, and so on), and it is likely that the harm they inflict would be much greater if such fears were not present. In much the same way, it is also possible that the harms caused by terrorist groups would be much higher if people decided that such things were not worth getting worked up about and took no steps to assure their safety early on. Do considerations of these base rates and future risks fall under the umbrella of “rational” thinking? I would like to think so, and yet they seemed so easily overlooked by someone chiding others for being irrational: Lawrence at least acknowledges that future terror risks might increase for places like Paris, but notes that that kind of life is pretty much normal for Israel; the base-rate problems is not even mentioned.

While there’s more I could say on these topics, the major point I hope to get across is this: if you want to know why people experience fear about certain topics, it’s probably best to not start your analysis with the assumption that these people are wrong to feel the way they do. Letting one’s politics do the thinking is not a reliable way to get at a solid understanding of anything, even if it might help further your social goals. If we were interested in understanding the “why” behind such fears, we might begin, for instance, with the prospect that many people likely fear historically-relevant, proximate cues of danger, including groups of young, violent males making threats to your life based on your group membership, and cases where those threats are followed through and made credible. Even if such individuals currently reside many miles away, and even if only a few such threats have been acted upon, and even if the dangerous ones represent a small minority of the population, fearing them for one’s own safety does not – by default – seem to be an unreasonable thing to do; neither does fearing them for the safety of one’s relatives, social relations, or wider group members. 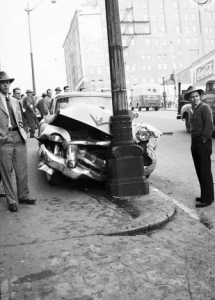 “My odds of getting hurt were low, so this isn’t worth getting worked up over”

Now, as I mentioned, all of this is not to say that people ought to fear some particular group or not; my current interests do not reside in directing your fears or their scope. I have no desire to tell you that your fears are well founded or completely off base (in no small part because I earnestly don’t know if they are). My interests are much more general than that, as this kind of thinking is present in all kinds of different contexts. There’s a real problem in beginning with the truth of your perspective and beginning your search for evidence only after the fact. The problem can run so deep that I actually find myself surprised to see someone take up the position that they were wrong after an earnest dig through the available evidence. Such an occurrence should be commonplace if rationality or truth were the goal in these debates, as people get things wrong (at least to some extent) all the time, especially when such opinions are formed in advance of such knowledge. Admissions of incorrect thinking does require, however, that one is willing to, at least occasionally, sacrifice a belief that used to be held quite dear; it requires looking like a fool publicly now and again; it even requires working against your own interests sometimes. These are things you will have to do; not just things that the opposition will. As such, I suspect these kinds of inadequate lines of reasoning will continue to pervade such discussions, which is a bit of a problem when the lives of others literally hang in the balance of the outcome.