Some states of affairs are so ubiquitous in the natural world that – much like the air we breathe – we stop noticing their existence or finding them particularly strange. The effects of aging are good examples of this. All else being equal, we ought to expect organisms that are alive longer to reproduce more. The longevity/reproduction link would seem to make the previously-unappreciated question of why organism’s bodies tend to breakdown over time rather salient. Why do organisms grow old and frail, before one or more homeostatic systems start failing, if being alive tends to aid in reproduction? One candidate explanation for understanding senescence involves.considering the trade off between the certainty of the present and the uncertainty of the future; what we might consider the discount rate of life. Each day, our bodies need to avoid death from a variety of sources, such as accidental injuries, intentional injuries from predators or conspecifics, the billions of hungry microorganisms we encounter, or lacking access to sufficient metabolic resources. Despite the whole world seemingly trying to kill us constantly, our bodies manage to successfully cheat death pretty well, all things considered. 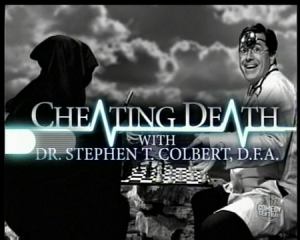 Of course, we don’t always manage to avoid dying: we get sick, we get into fights, and sometimes we jump out of airplanes for fun. Each new day, then, brings new opportunities that might result in the less-than-desirable outcome, and the future is full of new days. This makes each day in the future that much less valuable than each day in the present, as future days come with the same potential benefits, but all the collective added risk. Given the uncertainty of the future, it follows that some adaptations might be designed to increase our chances of being alive today, even if they decrease our odds of being alive tomorrow. These adaptations may well explain why we age the way we do. They would be expected to make us age in very specific ways, though: all our biological systems ought to be expected to breakdown at roughly the same time. This is because investing tons of energy into making a liver that never breaks doesn’t make much sense if the lungs give out too easily, as the body with the well-functioning liver would die all the same without the ability to breathe; better to divert some of that energy from liver maintenance to lung function.

As noted previously, however, being alive is only useful from an evolutionary perspective if being alive means better genetic representation in the future. The most straightforward way of achieving said genetic representation is through direct reproduction. This makes human menopause a very strange phenomenon indeed. Why do female’s reproductive capabilities shut off decades before the rest of their body tends to? It seems that pattern of loss of function parallels the liver/lungs example. Further, as the use of the word ‘human’ suggests, this cessation of reproductive abilities is not well-documented among other species. It’s not that other species don’t ever lose the capacity for reproduction, mind you, just that they tend to lose it much closer to the point when they would die anyway. This adds a second part to our initial question concerning the existence of menopause: why does it seem to only really happen in humans?

Currently, the most viable explanation is known as “The Grandmother Hypothesis“. The hypothesis suggests that, due to the highly-dependent nature of human offspring and the risks involved in pregnancy, it became adaptive for women to cease focusing on producing new offspring of their own and shift their efforts towards investing in their existing offspring and grandoffspring. At its core, the grandmother hypothesis is just an extension of kin selection: the benefits to helping relatives begin to exceed the benefits of direct reproduction. While this hypothesis may well prove to not be the full story, it does have two major considerations going for it: first, it explains the loss of reproductive capacity through a tradeoff – time spent investing in new offspring is time not spent investing in existing ones. It doesn’t commit what I would call the “dire straits fallacy” by trying to get something for free, as some standard psychology ideas (like depressive realism) seem to. The second distinct benefit of this hypothesis is perhaps more vital, however: it explains why menopause appears to be rather human-specific by referencing something unique to humans – extremely altricial infants that are risky to give birth to. 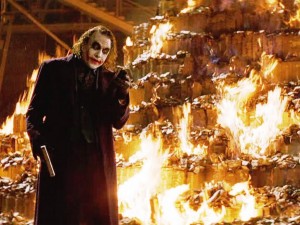 A fairly accurate way to conceptualize the costs of the pregnancy-through-college years.

A new (and brief) paper by Morton, Stone, & Singh (2013) sought to examine another possible explanation for menopause: mate choice on the part of males.The authors used mathematical models to attempt and demonstrate that, assuming men have a preference for young mates, mutations that had deleterious effects on women’s fertility later in life could drift into fixation. Though the authors aren’t explicit on this point, they seem to be assuming, de facto, that human female menopause is a byproduct of senescence plus a male sexual preference for younger women, as without this male sexual preference, their simulated models failed to result in female menopause. They feel their models demonstrate that you don’t necessarily need something like a grandmother hypothesis to explain menopause. My trust in results derived from mathematical models like these can be described as skeptical at the best of times, so it should come as no surprise that I found this explanation lacking on three rather major fronts.

My first complaint is that while their model might show that – given certain states of affairs held – explanations like the grandmother hypothesis need not be necessary, they fail to rule out the grandmother hypothesis in empirical or theoretical way. They don’t bother to demonstrate that their state of affairs actually held. Why that’s a problem is easy to recognize: it would be trivial to concoct a separate mathematical model that “demonstrated” the strength of the grandmother hypothesis by making a different set of assumptions (such as by assuming that past a certain age, investments returned in existing offspring outweighed investments in new ones). Yes; to do so would be pure question-begging, and I fail to see how the initial model provided by Morton et al (2013) isn’t doing just that.

My second complaint is, like the grandmother hypothesis, Morton et al’s (2013) byproduct model does consider tradeoffs, avoiding the dire straits fallacy; unlike the grandmother hypothesis, however, the byproduct account fails to posit anything human-specific about menopause. It seems to me that the explanation on offer from the byproduct account could be applied to any sexually-reproducing species. Trying to explain a relatively human-specific trait with a non-human-specific selection pressure isn’t as theoretically-sound as I would like. “But”, Morton et al might object, “we do posit a human-specific trait: a male preference for young female mates“. A fine rebuttal, complicated only by the fact that this is actually the weakest point of the paper. The authors appear to be trying to use an unexplained-preference to explain the decline in fertility, when it seems the explanation ought to run in precisely the opposite direction. If, as the model initially assumes, ancestral females did not differ substantially in their fertility with respect to age, how would a male preference for younger females ever come to exist in the first place? What benefits would arise to men who shunned older – but equally fertile – women in favor of younger ones? It’s hard to say. By contrast, if our starting point is that older females were less fertile, a preference for younger ones is easily explained. 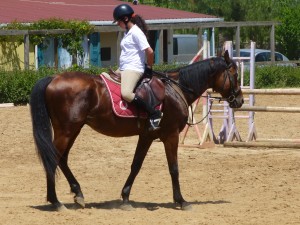 No amount of math makes this an advisable idea.

Preferences are not explanations themselves; they require explanations. Much like aging, however, people can take preferences for granted because of how common they are (like the human male’s tendency to find females of certain ages maximally attractive), forgetting that basic fact in the process. The demonstration that male mating preferences could have been the driving force explaining the existence of menopause, then, seems empty. The model, like many others that I’ve encountered, seems to do little more than restate the author’s initial assumptions as conclusions, just in the language of math, rather than English. As far as I can see, the model makes no testable or novel predictions, and only manages to reach that point by assuming a maladaptive, stable preference on the part of men. I wouldn’t mark it down as a strong contender for helping us understand the mystery of menopause.

11 comments on “Mathematical Modeling Of Menopause”