“The government has no right to do what it’s doing, unless it’s doing what I want it to do” – Pretty much everyone everywhere.

As most people know by now, North Carolina recently voted on and approved an amendment to the state’s constitution that legally barred gay marriage. Many supporters of extending marriage rights to the homosexual community understandably found this news upsetting, which led the predictable flood of opinions about how it’s none of the government’s business who wants to marry who. I found the whole matter to be interesting on two major fronts: first, why would people support/oppose gay marriage in general, and, secondly, why on earth would people try to justify their stance using a line of reasoning that is (almost definitely) inconsistent with other views they hold? 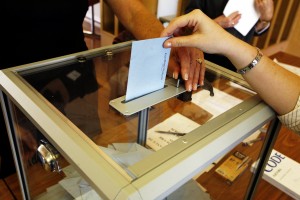 Especially when they aren’t even running for political office.

Let’s deal with these issues in reverse order. First, let’s tackle the matter of inconsistency. We all (or at least almost all) want sexual behavior legislated, and feel the government has the right to do that, despite many recent protests to the contrary. As this helpful map shows, there are, apparently, more states that allow for first cousin marriage than gay marriage (assuming the information there is accurate). That map has been posted several times, presumably in support of gay marriage. Unfortunately, the underlying message of that map would seem to be that, since some people find first cousin marriage gross, it should be shocking that it’s more legal that homosexuality. What I don’t think that map was suggesting is that it’s not right that first cousin marriage isn’t more legal, as the government has no right legislating sexuality. As Haidt’s research on moral dumbfounding shows, many people are convinced that incest is wrong even when they can’t find a compelling reason why, and many people likewise feel it should be made illegal.

On top of incest, there’s also the matter of age. Most people will agree that children below a certain age should not be having sex, and, typically, that agreement is followed with some justification about how children aren’t mature enough to understand the consequences of their actions. What’s odd about that justification is that people don’t go on to then say that people should be allowed to have sex at any age, just so long as they can demonstrate that they understand the consequences of their actions through some test. Conversely, they also don’t say that people above the age of consent should be forbade from having sex until they can pass such a test. There are two points to make about this: the first is that no such maturity test exists in the first place, so when people make the judgments about maturity they’re just assuming that some people aren’t mature enough to make those kinds of decisions; in other words, children shouldn’t be allowed to consent to sex because they don’t think children should be allowed to consent to sex. The second point is, more importantly, even if such a test existed, suggesting that people shouldn’t be allowed to have sex without passing it would still be legislating sexuality. It would still be the government saying who can and can’t have sex and under what circumstances.

Those are just two cases, and there are many more. Turns out people are pretty keen on legislating the sexual behavior of others after all. (We could have an argument about those not being cases of sexuality per se, but rather about harm, but it turns out people are pretty inconsistent about defining and legislating harm as well) The point here, to clarify, is not that legalizing gay marriage would start us on a slippery slope to legalizing other, currently unacceptable, forms of sexuality; the point is that people try to justify their stances on matters of sexuality with inconsistently applied principles. Not only are these justifications inconsistent, but they may also have little or nothing to do with the actual reasons you or I end up coming to whatever conclusions we do, despite what people may say. As it turns out, our powers of introspection aren’t all they’re cracked up to be. 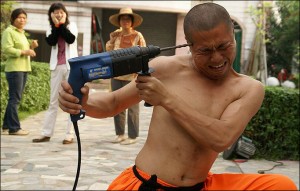 Letting some light in might just help you introspect better; it is dark in there…

Nisbett and Wilson (1977) reviewed a number of examples concerning the doubtful validity of introspective accounts. One of these finding concerned a display of four identical nylon stockings. Subjects were asked about which of the four pairs was the best quality, and, after they had delivered their judgment, why they had picked the pair the did. The results showed that people, for whatever reason, tended to overwhelmingly prefer the garment on the right side of the display (they preferred it four-times as much, relative to the garment on the left side). When queried about their selection, unsurprisingly, zero of the 52 subjects made mention of the stocking’s position in the lineup. When subjects were asked directly about whether the position of the pair of stockings had any effect on their judgment, again, almost all the subjects denied that it did.

While I will not re-catalog every example that Nisbett and Wilson (1977) present, the unmistakable conclusion arose that people have, essentially, little to no actual conscious insight into the cognitive processes underlying their thoughts and behavior. They often were unable to report that an experimental manipulation had any effect (when it did), or reported that irrelevant manipulations actually had (or would have had) some effect. In some cases, they were unable to even report that there was any effect at all, when there had in fact been one. As the authors put it:

… [O]thers have argued persuasively that “we can know more than we can tell,” by which it is meant that people can perform skilled activities without being able to describe what they are doing and can make fine discriminations without being able to articulate their basis. The research described above suggest that that converse is also true – that we sometimes tell more than we can know. More formally, people sometimes makes assertions about mental events to which they may have no access and these assertions may bear little resemblance to the actual events.

This – coupled with the inconsistent use of principled justifications – casts serious doubts on the explicit reasons people often give for either supporting or opposing gay marriage. For instance, many people might support gay marriage because they think it would make gay people happier, on the whole. For the sake of argument, suppose that you discovered gay marriage actually made gay people unhappier, on the whole: would you then be in favor of keeping it illegal? Presumably, you would not be (if you were in favor of legalization to begin with, that is). While making people happy might seem like a plausible and justifiable reason for supporting something, it does not mean that it was the – or a – cause of your judgment.

If the typical justifications that people give for supporting or opposing gay marriage are not likely to reflect the actual cognitive process that led to their decisions, what cognitive mechanisms might actually be underlying them? Perhaps the most obvious class of mechanisms are those that involve an individual’s mating strategy. Weeden et al. (2008) note that the decision to pursue a more short or long-term mating strategy is a complicated matter, full of tradeoffs concerning local environmental, individual, and cultural factors. They put forth what they call the Reproductive Religiosity Model, which posits that a current function of religious participation is to help ensure the success of a certain type of mating strategy: a more monogamous, long-term, high-fertility mating style. Men pursuing this strategy tend to forgo extra-pair matings in exchange for an increase in paternity certainty, whereas women similarly tend to forgo extra-pair matings for better genes in exchange for increased levels of paternal investment.

As Chris Rock famously quipped, “A man is only as faithful as his options”, though the sentiment would apply equally well to women. It does the long-term mating strategy no good to have plenty of freely sexually available conspecifics hanging around. Thus, according to this model, participation in religious groups helps to curb the risks involved in this type of mating style. This is why certain religious communities might want to decrease the opportunities for promiscuity and increase the social costs for engaging in it.  In order to decrease sexual availability, then, you might find religious groups doing things like opposing and seeking to punish people for engaging in: divorce, birth control use, abortion, promiscuity, and, relevant to the current topic, sexual openness or novelty (like pornography, sexual experimentation, or homosexuality). In support of this model, Weeden et al (2008) found that, controlling for non-reproductive variables, sexual variables were not only predictive of religious attendance, but also that, controlling for sexual variables, the non-reproductive variables were no longer predictive of religious attendance.

While the evidence is not definitively causal in nature, and there is likely more to this connection than a unidirectional arrow, it seems highly likely that cognitive mechanisms responsible for determining one’s currently preferred mating strategy also play a role in determining one’s attitudes towards the acceptability of other’s behaviors. It is also highly likely that the reasons people tend to give for their attitudes will be inconsistent, given that they don’t often reflect the actual functioning of their mind. We all have an interest in making other people’s business our business, since other people’s behaviors tend to eventually have an effect on us – whether that effect is relatively distant or close in the causal chain, or whether it is relatively direct or indirect. We just tend to not consciously understand why.

6 comments on “Making Your Business My Business”