Viral fame is an interesting thing. It can come out of nowhere and disappear just as quickly; not unlike a firework. It can also be rather difficult to predict, due to the fact that eventual popularity can often be determined largely by preexisting popularity. This week, one such story that appears to have been caught up in a popularity spiral has been the subject of catcalling: specifically, a video of a woman documenting around 100 instances of unsolicited comments she accumulated while wandering the streets of New York City for 10 hours (which is about one such comment each 6 minutes). At time of writing, the video has around 33 million views, not counting the various clone videos (which is around 6 million such views a day, making for such pleasant numerical symmetry). Unsurprisingly, there’s been a lot of talk about the video; a pile which I’m about to add to. Perhaps the most common conversations have been had concerning whether it’s appropriate to call some of the unsolicited comments the woman received “harassment” (for example, “Have a nice evening”, said in passing, or the various comments suggesting she is “beautiful”).

Can’t a girl be dating a guy for two years and not get bombarded with harassing proposals?

On that front, there are some natural barriers in perspective that might make consensus hard to reach, owing to what these propositions are thought to represent: solicitations for causal sex. Men, for instance, would likely find such solicitations or comments generally pleasant when receiving them from women, whereas women tend to have precisely the opposite reaction (Clark & Hatfield, 1989). Given the perceptual flavor that such comments often have, men might tend to see them as less of a big deal than women (though sex is hardly all there is too it; such an effect would also be influenced by one’s mating strategy – whether they prefer long- or short-term sexual relationships – as well as other such interacting variables). A second barrier to consensus on the matter is the concentrated nature of such comments: whereas the woman in the video might have received over 100 comments that she views as annoying, they are also coming from over 100 different men. If individual comments aren’t viewed as a problem, but an aggregate of them is (kind of like pollution), discussions over whether they should be condemned might hit some snags in attempting to reach agreement.

A second discussion that has been had about the video concerns the racial component. In the viral video, the majority of the men on the street making these comments are non-white. Subsequent analysis of the video led to the conclusion that around 60% of the comments in question were received on a single street in Harlem. Whether this location was specifically selected in order to solicit more comments, whether certain comments from other people in other areas were edited out, or whether the comments were simply received primarily from the people in that area are unknown, but it does leave a lot to be desired in terms of research methods. It’s important to bear in mind that this video was not a research project for the sake of gathering new information: it was a video designed to go viral that ends with a donation link. Any video which failed to generate appropriate reactions from people on the street would be unlikely to be used, as I can’t imagine video of someone walking around the street without incident encourages people to empty their wallets effectively.

In the interests of furthering that discussion, it’s also worth considering a reported cross-cultural replication attempt of this study. Psychological research has often been criticized for relying on WEIRD samples, and reliance on a single person (with an agenda) from largely a single street should not be taken to be representative of people’s experiences more generally (either in that city or aboard). So, when a woman in New Zealand apparently tried the same thing – wandering the streets of a city for, I presume, 10 hours – it’s worth noting that the video reports her receiving a total of two comments, one of which was a man asking for directions. Assuming the walking time was the same, that’s the difference between a comment every 6 minutes and a comment, with different content, every 300. As seems to be the case in psychology research, flashy, attention-grabbing results don’t always replicate, leaving one wondering what caused the initial set of results to be generated in the first place. Statistical variance? Experimental demand characteristics? Improper sampling? 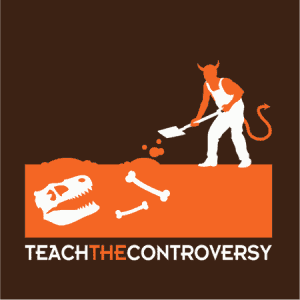 It’s difficult to say precisely what caused the difference in men’s behavior between videos, as well as why most of the comments were made in one specific area in the first one. The default answer most people would likely fall back on would, I imagine, be “cultural differences”, but that answer is sufficiently vague to not actually be one. This is the part where I need to be disappointing and say that I don’t actually have an answer to the questions. However, I would like to begin some speculation as to the psychology underlying the sending of these unsolicited comments and, from there, we might be able to figure out some variables which are doing some of the proverbial lifting here.

One possibility is that these comments are used by men specifically to intimidate women, or make them feel otherwise uncomfortable and unwelcome. As some might suggest, these comments are just an extension of a male culture that hates women because they’re women and will take about every chance it gets to ruin their day (variants of this hypothesis abound). I find such an explanation implausible for a number of reasons, chief among which is that calling someone beautiful is unlikely to be the most effective way of expressing contempt for them. When black people in America were marching for civil rights, they were not met with protesters telling them to “have a great day” or admiring their bodies with a suggestive “damn”. Such an explanation likely mistakes an outcome of an event for its motivating cause: because some women feel uncomfortable with these comments, some people think the comments are made in order to make women uncomfortable. This conclusion is likely the result of people wishing to condemn such comments and, in order to do so, they paint the perpetrators in the worst possible light.

However, it’s worth noting that, as far as I can tell, there are some women who either (a) express flattery at these comments or (b) sadness that they are not the targets of such comments, taking the lack of comments to say something negative about their attractiveness (which might not be inaccurate). While such sentiments may or may not be in the minority (I have no formal data speaking to the issue), they paint a much different picture of the matter. Typically, people experiencing violence, oppression, and/or hatred, do not, I think, need to be assured that they aren’t actually being complimented; the two are quite easy to tell apart most of the time. In fact, in the original video, at least one of the men is explicit about the notion that he is complimenting the girl (though admittedly he does go about it in a less than desirable fashion), while another man asks whether the reason the woman isn’t talking to him is that he’s ugly. If, as these ancedotes might suggest, catcalling is tied to factors like whether she is attractive or unattractive, or the response to it tied to the man’s desirability, it would be difficult to tie these factors in with misogyny or intentional harassment more generally. 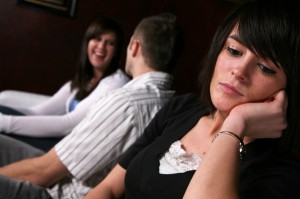 “Why does my friend always get the harassment? Is it my hair?”

There is, of course, also the other end of this issue: men getting catcalled. While, again, I have no data on the issue, the misogyny explanation would be hard to reconcile with gay men or women making such comments towards men (even if such comments are likely less common owing to the historical costs and benefits of short-term sexual encounters for each sex). The simpler explanation would seem to be that such unsolicited comments, while not necessarily desired by the recipient, are earnest – if clumsy – attempts to start conversations or lead to a sexual encounter. Given that similar comments tend to be made in first messages on dating websites, this alternative seems reasonable (women who complain about receiving too many one line messages online should see the parallels immediately). The problem with such attempts is unlikely to be with any particular one being deplorable so much as it is their sheer volume.

Now it is quite unlikely that these comments ever yield successful encounters, as I mentioned above. This could be one reason they are often considered to be something other than friendly or sexual in nature (i.e., “since this behavior rarely results in sex, it can’t be about getting sex”; the same kind of error I mentioned earlier). The rarity of sexual encounters resulting from them is also likely why the proportion of men making them is really very low even though they’re rather cheap – in terms of time and energy – to make. While 100 comments in 10 hours might seem like a lot, one also needs to consider how many men the woman in question passed in that time, in one of the largest cities in the world, who said nothing. For every comment there were likely several dozen (or hundred) men who made no attempt to talk to the actress. Any explanation for these comments, then, would need to pinpoint some differences between those who do and do not make them; general aspersions against an entire gender or culture won’t do when it comes to predictive accuracy. For what it’s worth, I think a healthy portion of that variance will be accounted for by one’s sexual strategy, one’s current relationship status, the attractiveness of the person in question, and whether the target is sending any signals correlated with sexual receptivity.

What predictions can be drawn from alternative perspectives I leave up to you.