“[P]rogress is often hindered by poor communication between scientists, with different people using the same term to mean different things, or different terms to mean the same thing…In the extreme, this can lead to debates or disputes when in fact there is no disagreement, or the illusion of agreement when there is disagreement” – West et al. (2007)

I assume most of you are little confused by the question, “Is working together cooperation?” Working together is indeed the very first definition of cooperation, so it would seem the answer should be a transparent “yes”. However, according to a paper by West et al. (2007), there’s some confusion that needs to be cleared up here. So buckle up for a little safari into the untamed jungles of academic semantic disagreements. 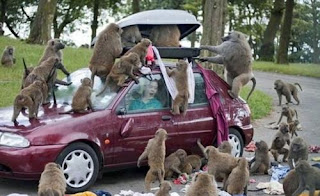 An apt metaphor for what clearing up confusion looks like.

Cooperation: a behavior which provides a benefit to another individual (recipient), and which is selected for because of its beneficial effect on the recipient. [emphasis, mine]

In this definition, benefits are defined in terms of ultimate fitness (reproductive) benefits. There is a certain usefulness to this definition, I admit. It can help differentiate between behaviors that are selected to deliver benefits from behaviors that deliver benefits as a byproduct. The example West et al. use is an elephant producing dung. The dung an elephant produces can be useful to other organisms, such as a dung beetle, but the function of dung production in the elephant is not to provide a benefit the beetle; it just happens to do so as a byproduct. On the other hand, if a plant produces nectar to attract pollinators, this is cooperation, as the nectar benefits the pollinators in the form of a meal, and the function of the nectar is to do so, in order to assist in reproduction by attracting pollinators.

However, this definition has some major drawbacks. First, it defines cooperative behavior in terms of actual function, not in terms of proper function. An example will make this distinction a touch clearer: let’s say two teams are competing for a prize in a winner-take-all game. All the members of each team work together in an attempt to achieve the prize, but only one team gets it. By the definition West et al. use, only the winning team’s behavior can be labeled “cooperation”. Since the losers failed to deliver any benefit, their behavior would not be cooperation, even if their behavior was, more or less, identical. While most people would call teamwork cooperation – as the intended goal of the teamwork was to achieve a mutual goal – the West et al. definition leaves no room for this consideration. 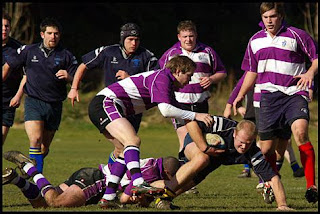 I’ll let you know which team was actually cooperating once the game is over.

Altruism: a behavior which is costly to the actor and beneficial to the recipient; in this case and below, costs and benefits are defined on the basis of the lifetime direct fitness consequences of a behavior.

Here’s the problem: the future is always uncertain. Let’s say there’s a parallel case to the one above, except at some point after (T1) and before (T2), organism X dies. Now, organism X would be defined as acting altruistically (paid a cost to deliver a benefit), and organism Y would be defined as acting selfishly (took a benefit without repaying). What this example tells us is that a behavior can be classed as being altruistic, mutually beneficial, cooperative, or selfish, depending on a temporal factor. In terms of “clearing up confusion” about how to properly use a term or classify a behavior, the definitions provided by West et al. (2007) are not terribly helpful. They note as much, when they write, “we end with the caveat that: (viii) classifying behaviors will not always be the easiest or most useful thing to do” (p.416), which, to me, seems to defeat the entire purpose of this paper. 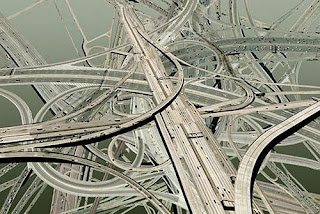 “We’ve successfully cleared up the commuting issue, though using our roads might not be the easiest or most useful thing to do…”

One final point of contention is that West et al. (2007) feel “…behaviors should be classified according to their impact on total lifetime reproductive success” (emphasis, mine). I understand what they hope to achieve with that, but they make no case whatsoever for why we should stop considering the ultimate effects of a behavior at the end of an organism’s individual lifetime. If an individual behaves in a way that ensures he leaves behind ten additional offspring by the time he dies, but, after he is dead, the fallout from those behaviors further ensures that none of those offspring reproduce, how is that behavior to be labeled?

It seems to me there are many different ways to think about an organism’s behavior, and no one perspective needs to be monolithic across all disciplines. While such a unified approach no doubt has its uses, it’s not always going to clear up confusion.