In my last post, I mentioned that the idea of people misplacing or misinterpreting their arousal as being a silly one (as I also did previously here). Today, I wanted to talk about that arousal issue again. In the wake of the supreme court’s legalization of same-sex marriage here in the US, let’s consider arousal in the context straight men’s penises reacting to gay, straight, and lesbian pornography. Specifically, I wanted to discuss a rather strange instance where some people have interpreted men’s physiological arousal as sexual arousal, despite the protests of those men themselves, in the apparent interests of making a political point about homophobia. The political point in question happens to be that a disproportionate number of homophobes are actually latent homosexual themselves who, in true Freudian fashion, are trying to deny and suppress their gay urges in the form of their homophobic attitudes  (see here and here for some examples). 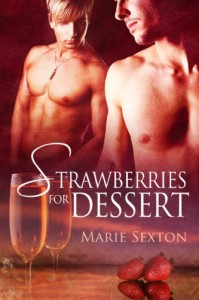 Homosexual individuals, on the other hand, are only repressing a latent homophobia

The paper in question I wanted to examine today is a 1996 piece by Adams, Wright, & Lohr. The paper was designed to test a Freudian idea about homophobia: namely, as mentioned above, that individuals might express homophobic attitudes as a result of their own internal struggle regarding some unresolved homosexual desires. As an initial note, this idea seems rather on the insane side of things, as many Freudian ideas tend to seem. I won’t get too mired in the reasons the idea is crazy, but it should be sufficient to note that the underlying idea appears to be that people develop maladaptive sexual desires in early childhood (long before puberty, when they’d be relevant) which then need to be suppressed by different mechanisms that don’t actually do that job very well. In other words, the idea seems to be positing that we have cognitive mechanisms whose function is generate maladaptive sexual behavior, only to develop different mechanisms later that (poorly and inconsistently) suppress the maladaptive ones. If that isn’t torturous logic, I don’t know what would be.

In any case, the researchers recruited 64 men from their college’s subject pool who had all previously self-identified as 100% straight. These men were then given the internalized homophobia scale (IHP), which, though I can’t access the original paper with the questions, appears to contain 25 questions aimed at assessing people’s emotional reactions to homosexuals, largely focused on their level of comfort/dread being around them. The men were divided into two groups: those who scored above the midpoint on the scale (the men labeled as homophobes) and those who scored below the midpoint (the non-homophobes). Each subject was provided with a stain gauge to attach to their penis which functioned to measure changes in penile diameter; basically how erect the men were getting. Each subject then watched three, four-minute long pornographic scenes: one depicting heterosexual intercourse, another gay intercourse, and another for lesbian intercourse. After each clip, they were asked how sexually aroused they were and how erect their penis was, before being given a change to return to flaccid before the next clip was shown. 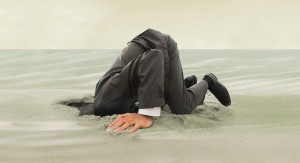 And does ignoring those desires place you in the perfect position for penetration?

I happen to think that such an idea is highly implausible. There are a few reasons I feel that way, but let’s start with the statistical arguments for why that interpretation probably isn’t right. In terms of the number of men who identify as homosexual or bisexual at a population level, we’re only looking about 1-3%. Given that rough estimate, with a sample size of 60 individuals, you should expect about 1.5 gay people if you were sampling randomly. However, this sampling was anything but random: the subjects were selected specifically because they identified as straight. This should bias the number of gay or bisexual participants in the study downward. Simply put, this sample size is not large enough to expect that any gay or bisexual male participants were in it at all, let alone in large enough numbers to detect any kind of noticeable effect. That problem gets even worse in that they’re looking to find participants that are both bisexual/gay and homophobic, which cuts the probability down even further.

Moreover, the sheer number of the participants displaying “definite tumescence” requires some deeper consideration. If we assume that the physiological arousal translates directly into some kind of sexual desire, then about 25% of non-homophobic men and 55% of homophobic men are sexually interested in homosexual intercourse despite, as I mentioned before, only about 1-3% of the population saying they are gay or bisexual. Perhaps that rather strange state of affairs holds, but a much likelier explanation is that something has gone wrong in the realm of interpretation somewhere. Adams et al (1996) note in their discussion that another interpretation of their results involves the genital swelling being the result of other arousing emotions, such as anxiety, rather than sexual arousal per se. While I can’t say whether such an explanation is true, I can say that it certainly sounds a hell of a lot more plausible than the idea that most homophobes (and about 1-in-4 non-homophobes) are secretly harboring same-sex desires. At least the anxiety-arousal explanation could, in principle, explain why 25% of non-homophobic men’s penises wiggled a little when viewing guy-on-guy action; they’re actually uncomfortable. 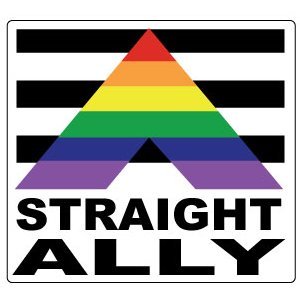 Now don’t get me wrong: to the extent that one perceives there to be social costs associated with a particular sexual orientation (or social attitude), we should expect people to try and send the the message that they do not possess such things to others. Likewise, if I’ve stolen something, there might be a good reason for me to lie about having stolen it publicly if I don’t want to suffer the costs of moral condemnation for having done so. I’m not saying that everyone will be accurate or truthful about themselves at all times to others; far from it. However, we should also expect that others will not be accurate or truthful about others either, at least to the extent they are trying to persuade people about things. In this case, I think people are misinterpreting data on physiological arousal to imply a non-existent sexual arousal for the purposes of making some kind of social progress. After all, if homophobes are secretly gay, you don’t need to take their points into consideration to quite the same degree you might have otherwise (since once we reach a greater level of societal acceptance, they’ll just come out anyway and probably thank you for it, or something along those lines). I’m all for social acceptance; just not at the expense of accurately understanding reality.