For some species, mating can be a touch more complicated than others. In species where males provide little more than their gametes, the goal of mating for females is simple: get the best gametes available. While the specifics as to how that’s accomplished vary substantially between species, the overall goal remains the same. Since genes are all the female is getting, she may as well get the best that she can. In contrast, for some other species males provide more than just their genes; they also provide some degree of investment, which can take the form of a one-time gift through upwards of decades of sustained investment. In these species, females need to work this additional variable into their mating calculus, as the two goals do not always overlap. The male who’s willing to provide the best investment might not also happen to have the best genes, and pursuing one might risk the other. 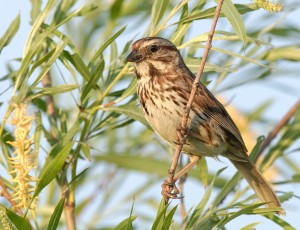 Good luck to all you parents when it comes to weaving that tidbit into your birds and bees talk.

These risks would require that offspring sired through extra-pair mating to tend to actually be fitter than offspring sired by the within-pair male, in order to be selected for. Abandonment can entail some serious risks, so females would need some serious compensating gains to offset that fact. A new paper by Sardell et al (2012) sought to determine whether extra-pair offspring would in fact be ‘fitter’ than within-pair offspring in Melospiza melodia – the song sparrow – when fitness was measured by lifetime reproductive success in number of offspring hatched, the number that survived to enter the breeding population, and the number of grand-offspring eventually produced. The results? Data gathered across 17 years, representing 2,343 hatchlings and 854 broods found that extra-pair offspring seemed to actually be less fit than their within-pair half-siblings. Well, kind of… but not really.

Over the 17 years of data collection, roughly 28% of the offspring were classed as being extra-pair offspring, and only broods with mixed paternity was considered for the present study (i.e. there was at least 1 offspring from the resident male and also at least 1 offspring from an extra-pair male). This cut the sample size down to 471 hatchlings, representing 154 mixed paternity broods across 117 pair bonds. The first point I’d like to make is that a 28% non-paternity rate seems large, and, unless it’s the result of an epidemic of forced copulations (rape), that means these female sparrows are having a lot of affairs, presumably because some mating module in their brain is suggesting they do

Are we to conclude from this pattern of results (as this article from the Huffington post, as well as the authors of the current paper did) that extra-pair mating is not currently adaptive? 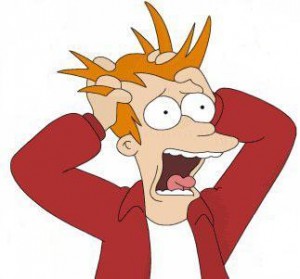 And is it time for those who support the “good genes” theory to start panicking?

One big area this paper doesn’t deal with is why that mortality gap exists; merely that it does. This mortality gap might even be more surprising, given that the potential risk of abandonment might mean males were less likely to have been investing when they doubted their paternity, though the current paper doesn’t speak to that possibility one way or another. Two of the obvious potential suspects for this gap are predation and parasites. Extra-pair young may be better able to either avoid predators and/or defend against pathogens because of their genetic advantages, leading to them being more likely to survive to breeding age. Then there’s also a possibility of increased parental investment: if extra-pair hatchlings are in better condition, (perhaps due to said pathogen resistance or freedom from deleterious mutations) the parents may preferentially divert scarce resources to them, as they’re a safer wager against an uncertain future. Alternatively, extra-pair offspring might have commanded a higher mating value, and were able to secure a partner more able and/or willing to invest long term. There are many unexplored possibilities.

The heart of the matter here concerns whether the female sparrows who committed infidelity would have been better off had they not done so. From the current data, there is no way of determining that as there’s no random assignment to groups and no comparison to non-mixed paternity broods (though that latter issue comes with many confounds). So not only can the data not definitely determine whether the extra-pair mating was adaptive or not, but the data even suggests that extra-pair offspring are slightly more successful in reaching breeding age. That is precisely counter to the conclusions reached by Sardell et al (2012), who state:

Taken together, these results do not support the hypothesis that EPR [extra-pair reproduction] is under positive indirect selection in female song sparrows…and in fact suggest… [that] other components of selection now need to be invoked to explain the evolution and persistence of EPR.

Their data don’t seem to suggest anything of the sort. They haven’t even established current adaptive value, let alone anything about past selection pressures. Sardell et al ‘s (2012) interpretation  of this mountain of data seems to be biting off more than they can chew. 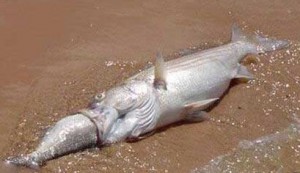 It was a good try at least…

One final thoroughly confusing point is that Sardell et al (2012) suggest that how many grand-hatchlings the extra-pair and within-pair young had mattered. The authors concede that, sure, in the first generation within-pair sparrows had more hatchlings, proportionately more of which died, actually leaving the extra-pair offspring as the more successful ones when it came to reaching the breeding pool. They then go on to say that:

However, since EPY [extra-pair young] had 30% fewer hatched grandoffspring than WPY [within-pair young], higher recruitment of offspring of EPY does not necessarily mean that EPY had higher LRS [lifetime reproductive success] measured to the next generation. (p.790)

The obvious problem here is that they’re measuring grandoffspring before the point when many of them would seem to die off, as they did in the previous generation. So, while number of hatched grandoffspring says nothing important, they seem to think it does this time around. It’s been known that counting babies is only of limited use in determining adaptive value (let alone past adaptive value), and I hope this paper will serve as a cautionary tale for why that’s the case.

4 comments on “Does Infidelity Pay Off (For Sparrows)?”