“I don’t have an accent; this is just how words sound when they’re pronounced properly”

Though the source of the above quote escapes me (I happen to know it was some British comedian; just not which one), I think the sentiment captures nicely the way people tend to feel about their views of the social world. For instance, were you to ask people about the merits of a policy – say one concerning the legality of drug use or the age of consent laws – many people would likely express some variant of the following view points: (a) my view is the correct one, (b) it’s the correct view because it accords well with the data/world when one views it objectively, like I do and, further, (c) those who disagree with me are wrong because (d) their biases blind them to the truth of the matter. In fact, one might even tack on the notion that these disagreements aren’t based in differing perceptions, but rather based on the fact that both sides know which policy is correct but, because the other side just happens to be evil, they don’t care. 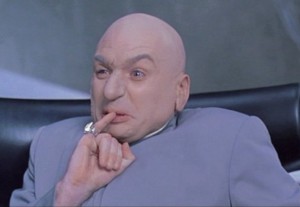 Though a full review of the literature on the topic is certainly beyond the scope of this post, suffice it to say that current evidence seems to suggest that people have little conscious access into the reasons they make the decisions they do, and that our reasoning abilities probably function to convince people of things more than they do to uncover logical and true relations. These are points discussed at greater length in a 2010 book - Why Everyone (Else) Is a Hypocrite - by Robert Kurzban and, in my entirely unbiased and objective view, it is one of the best books ever written. On that note, Rob is back with a new book – The Hidden Agenda of the Political Mind – co-authored with Jason Weeden. The new book examines, as the title might suggest, how we might be able to explain people’s particular sets of political (and, by extension, moral) stances by understanding where their self-interest* might lie in a matter. While we – or at the least the part of our brain doing the talking – like to dress up our perceptions about what is right as being unmotivated by self-interest with some regularity (perhaps they are instead motivated by a sincere hope to make everyone better off, we might say), this is a proposition that seems unlikely to be true. So Rob and Jason start asking some questions about what kinds of things might motivate our opinions.

The first step in this process comes from the realization that certain “explanations” for people’s behavior are, in fact, not explanations at all. Establishing this point represents the efforts of the first (and my favorite) chapter of the book, which I would like to cover (i.e., gently plagiarize) in some detail. The first example the authors use concerns parties: some people enjoy going out to parties, drinking, dancing, meeting new people and the like; others tend to avoid such settings, finding them to be overwhelming or unpleasant. How might we explain such differences between people? Well, the go-to explanation for many people would be to reference the personalities of the party-goers involved: those who like parties tend to be more extroverted than those introverts who do not like parties. So the fact that some people like parties is explained by referencing their level of extroversion. That’s all well and good until one considers how we know whether someone is an introvert or an extrovert. As the authors point out, the questions on those personality tests that determine who we classify as introverts and extroverts tend to include questions concerning whether they like parties.

So, the fact that people enjoy parties is “explained” by noting they are extroverts, and we know they’re extroverts because they tell us they like parties. This explanation, then, is much like other psychological “explanations” which simply restate empirical findings with a new name. This theoretical spinning of intellectual wheels gets a playful name from Jason and Rob: DERP Syndrome (standing for Direct Explanation Renaming Psychology). If we are trying to understand why people, say, support the extension of marriage rights to same-sex couples, or support prayer in public school, we’re going to need to consider other factors than the fact that they think the world would be better off if gay couples could marry or if prayer was allowed in school, respectively. Accordingly, the authors shift their focus towards other variables: demographics, like age, sex, race, income, and so on, to help do some explaining. Though these demographics tend to be used as controls by other researchers interested in examining, say, extroversion or public policy preferences, Rob and Jason suggest this is a rather large mistake. The reason the authors want to use these variables is easy to understand intuitively: when considering a correlation between, say, sex and the support of a policy, it is plausible that a woman might support a policy because it has positive implications for women, but support of that policy would not turn one into a woman.

“Well, that’s where those dangerous pro-wildlife polices will get you…”

That said, the matter is rarely as easy as considering whether someone is a man or black if you want to try and understand their policy preferences because, as it turns out, the people belonging to these broad demographic groups often don’t share a perfect alignment of interests. Despite what some might suggest, men do not exist in a large cabal and collectively conspire to make non-men feel bad. It’s also difficult to understand policy preferences because you can’t just ask people why they support a policy and expect an accurate answer, as noted above. My favorite example of this is currently the topic of abortion: though people sometimes frame opposition to abortion as an “anti-woman” policy, the demographic data shows that men and women support and oppose abortion in approximately equal numbers. Instead, as it turns out, one’s sexual strategy – whether one tends to enjoy mating in the short- or long-term context – tends to be a pretty good predictor of where one resides politically with respect to abortions being legal and available.

Those who might want short-term strategies to carry more costs (the long-term maters) tend to oppose abortion, but typically say they oppose it on the grounds that it kills a baby; a consciously-held position inconsistent with the fact that many of them also support the legality of abortion in certain circumstances, like because of conceptions resulting from rape or incest. As many of those same people don’t advocate for the ability of mothers to kill two-year-old children who were conceived from an instance of rape, something is amiss. Similarly, those who oppose abortion also tend to oppose freely-available birth control, which is strange under the abortion-is-murder view, but less so under the sexual strategies perspective. Lest those who support legal abortions in other cases get too cocky regarding their own views – which often involve some statements about how people should be “free to control their bodies” – their consciously-articulated views tend to be inconsistent with the fact that many of the same people who support legal abortions also have interests in regulating what others do with their bodies, like engaging in prostitution, using drugs recreationally (and having consensual sex while using them), selling genetically-modified foods, giving money to political candidates, or owning handguns. 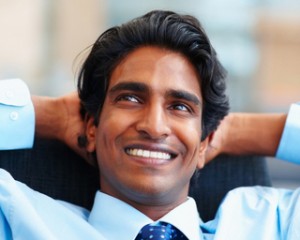 “People should value precisely the traits I happen to have; it’s the only decent option”

As you can see, considerations of interests can get complicated somewhat quickly, as we all have a number of different identities. In fact, it can be a bit tricky to keep up with the book at times when it talks about the difference in interests between those who are male, black, educated, and religious, relative to those who are female, white, educated, and atheists (which is no fault of the book; it’s just difficult to keep such groups neat in one’s head). Matters can be even further complicated by considering whether one’s social allies would be better or worse of under social policies; a point which I do not recall being covered in much depth, but is a natural extension of the self-interest; we could consider it one’s indirect self-interest. Nevertheless, the data examined by Rob and Jason points heavily in favor of these considerations being rather relevant in determining who supports what policies. Importantly, these variables seem capable of freeing us from the circularity of explanations; an ability which is often lacking when trying to understand these issues through accusations of sexism, racism, classism, heterosexism, and all the other various -isms one can think up. Calling someone a bigot generally serves to stunt our understanding of where their positions come from, I would think. But, then again, understanding isn’t always what people are after, and name-calling does seem to be fun for some. So there’s that…

References: Weeden, J. & Kurzban, R. (2014). The Hidden Agenda of the Political Mind: How Self-Interest Shapes Our Opinions and Why We Won’t Admit it. Princeton University Press: New Jersey.

*If you’ve read Rob’s first book, you should know that “self-interest” is a term that makes little sense. Nevertheless, it is retained for ease of expression.